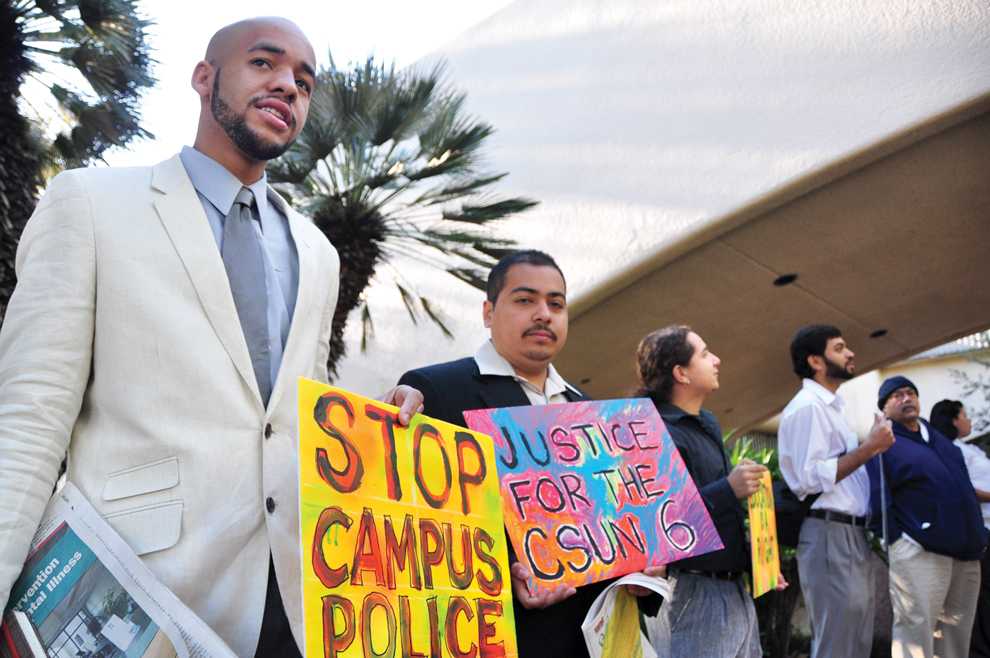 Charges were dismissed for the arrests of five students who protested educational budget cuts on March 4, 2010 outside of CSUN.

The decision was delayed after Tuesday’s court date, overseen by the Los Angeles City Attorney Carmen A. Trutanich. The decision to dismiss the charges was announced to the students and their attorneys Friday morning.

“I am extremely relieved that justice was served,” Thompson said. “It’s been a long journey and these are moments I’ll never forget.”

The students, once complete strangers to one another, decided to collectively fight the charges rather than accept Trutanich’s offer to drop all charges except Gomez’.

According to their attorney John Micheal Lee, approximately a year ago a deal to drop all charges was agreed upon if the students avoided arrest and performed well academically.

Following the decision to drop all charges, Gomez explained that the process of expunging the charges from their records will take a couple months.

“We would want them to clear the record for when we ever apply for a job in the future,” Gomez said.

Seeking and keeping employment has been hindered by the pending case for some of the students.

For Thompson, it was difficult because the court dates interfered with her work at a charter school in Pacoima. She remembers when the topic of the pending case would be discussed during interviews. However, she said that she never expressed shame for the protest she was involved in.

Gomez, who’s currently studying for his Master’s degree in Spanish Language Literature at CSUN, said that a job he was recently considered for in the LAUSD would not be given to him until the pending case was dismissed.

Following the arrests, CSUN launched its Civil Discourse and Social Change Initiative, which serves as a mediator between law officials and the school in case of student arrests, according to Kathryn Sorrells, a professor of communications at CSUN. The goal is to create a cohesive community at CSUN and to teach student activists proper civil discourse, Sorells said.

“These protests should be more of a collaborative process between student organizations and campus police,” Sorells said.