“Life is a Dream” is a different kind of performance 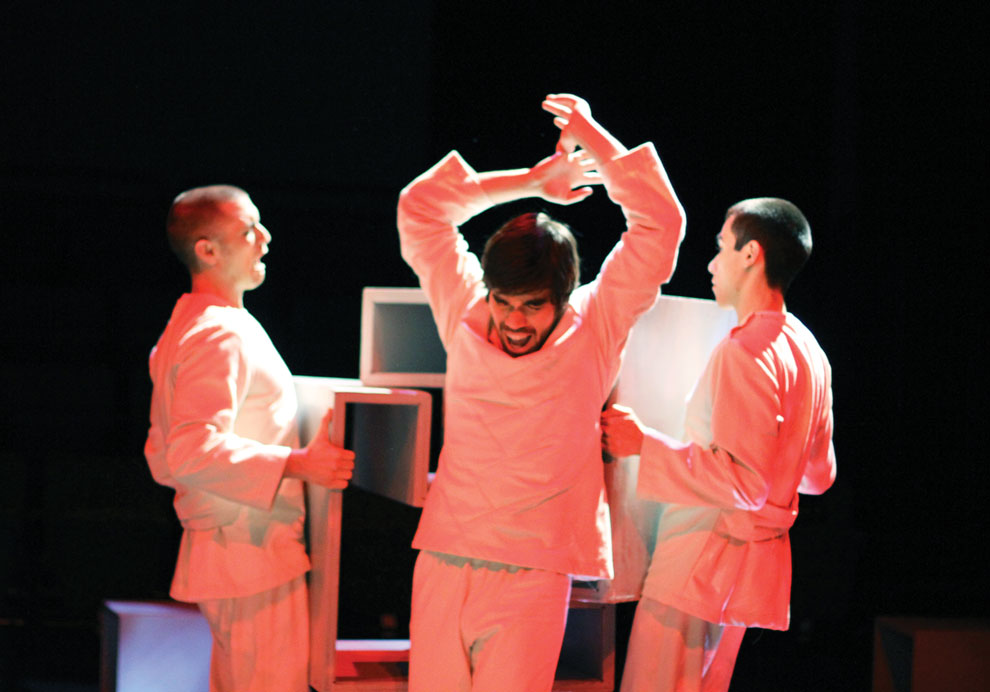 A dramatic scene from "Life is a Dream" playing through Sunday at the Experimental Theatre in the VPAC. Illustration by Charlie Kaijo

The difference between dream and reality can be a difficult line to distinguish. In “Life is a Dream,” the newest production by the theater department, the intricacies of this issue is brought to life by a well-rounded cast and incredible staging.

Set on a round stage, with the audience on all sides, the actors are able to ensure that not one section of the audience is staring at their backs for very long.

Coupled with creative lighting, including scenes with the actors three stories high on the lighting grid, the play takes a different approach to telling the story.

The play, originally written in Spanish in the 1600s by Pedro Calderón de la Barca and set in Poland, was translated and adapted by Pulitzer Prize-winning playwright Nilo Cruz.

However, while the names of the characters remain unchanged, there are multiple instances where the audience is thrown back to the time where honor, parentage and a woman’s virtue were of utmost importance. When combined with futuristic music and Japanese-inspired costumes, the audience is unsure when, exactly, the play occurs, enhancing the confusion of the play.

“The point is actually about reality — and our inability to ever really know what that is,” wrote director Larry Biederman in the Director’s Notes. “I don’t kid myself into thinking that we came close to capturing all that Calderón de la Barca had in mind when he wrote this play, but I hope once our ‘revels’ have ended, you will find beauty, inspiration or at least pleasure in our trying.”

Indeed, the play itself is difficult to describe without giving away key plot elements. Through a hazy confusion of chaotic music and movements, the first scene provides more questions, not answers.

About three minutes in, the first lines of dialogue are spoken:

“Tell me again why we left our country for this adventure?” asks one character.

“Not adventure,” another replies. “Revenge.”

The play then embarks on a journey with characters who are sometimes difficult to follow, keeping story lines and history straight, but the confusion merely enhances the point of the play: what is real, and what isn’t, and the difficulties distinguishing between the two.

While the main actors are well-trained and talented, the best part of the play is the ensemble; the four men who  fulfill the roles of guards, soldiers and servants. They bring the play to life with humorous dialogue and physical movements, asides to the audience and jokes with the other actors.

“The way the show was structured artistically, the actors play their character and then watch,” Biederman said. “They’re constantly learning from and watching each other.”

This is the last weekend the play will be performed at the VPAC’s Experimental Theatre. All performances will be at 7:30 p.m. except Sunday, when a matinee will be at 2 p.m.