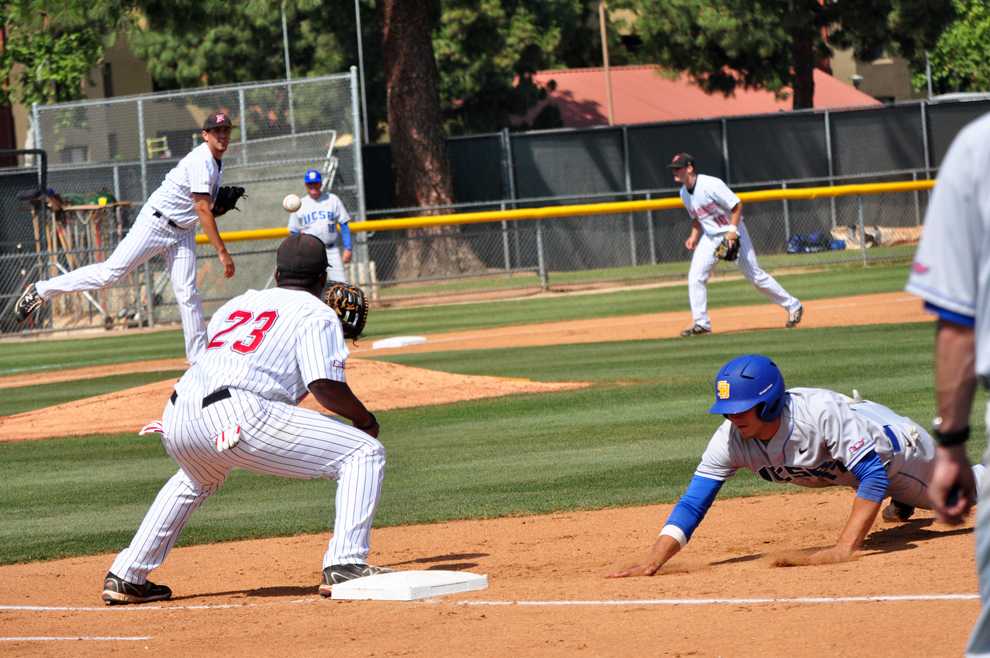 The Matadors (2-1) will take on UCLA today at Matador Field in their home opener after winning two of three over the weekend at Sacramento State.

No. 22 UCLA (1-2) is coming off a home series loss to Maryland. In the series-closing game on Sunday, the Bruins lost to the Terrapins 5-1 after only getting  five hits at the plate.

UCLA plays 11 of 12 games at home to open the season. The only away game for the Bruins is against Northridge.

The Matador offense put up two solid outings in their season opener vs. Sacramento State, with outfielder Miles Williams and infielder Brett Balkan carrying much of the offensive load. Williams had five hits and four RBI over the weekend while Balkan added two hits and three RBI.

Led by a Williams three-run home run in the second inning of Sunday’s game, CSUN closed the series with a 5-3 win.

Williams smacked a first-pitch fastball over the right-field fence, scoring teammates Marty Bowen and Todd Eskilin to put CSUN ahead of the Hornets, 3-1. It was CSUN’s first homer of the season.

Junior pitcher Jacob Peterson earned the win Sunday for CSUN after allowing eight hits and three runs in 5 2/3 innings. Matador pitchers Brandon Warner and Jacob Leyba combined to finish off the victory, allowing a hit in 3 1/3 innings. Leyba earned the save, his first of the year.

Williams led all Matadors with three hits and three runs batted in while the rest of the CSUN offense put together five hits on the day.

Although he failed to get his first hit as a Matador, freshman catcher Alexis Mercado saw his first playing time behind the plate and threw out two base runners.

In the season opener Friday afternoon, the Matadors strung together timely hits against the Hornets and managed to hold on for a 6-4 win.

CSUN scored five of its six runs in three innings in which it managed to get its leadoff man on base.

Junior pitcher Alex Muren turned in 6 2/3 innings on 99 pitches and gave up four hits and three earned runs for the win.

Balkan, Williams and Chester Pak accounted for for six of CSUN’s nine hits on the day.

A single by Pak in the fourth scored Williams to give CSUN a 2-1 lead. The Matadors added two more runs in the sixth and two more in the ninth, but had to hold off a bases-loaded situation to earn the victory.

On Saturday, the Matadors spotted Sacramento State an early first-inning run and were unable to come back in a 2-0 losing effort.

The CSUN pitchers gave up ten hits on the day, but the defense kept the game close before Sacramento State hit an insurance run in the eighth.

Senior Vincent Roberts started Saturday’s match-up, but was pulled after only two innings. Roberts gave up one hit and one unearned run before freshman Jerry Keel closed out the day with six solid innings. Keel allowed nine hits and a run while fanning four hitters in his debut.

CSUN was unable to respond, only putting up five hits on the day, two by Eskilin.