Baseball: CSUN blasted by No. 22 UCLA in home opener 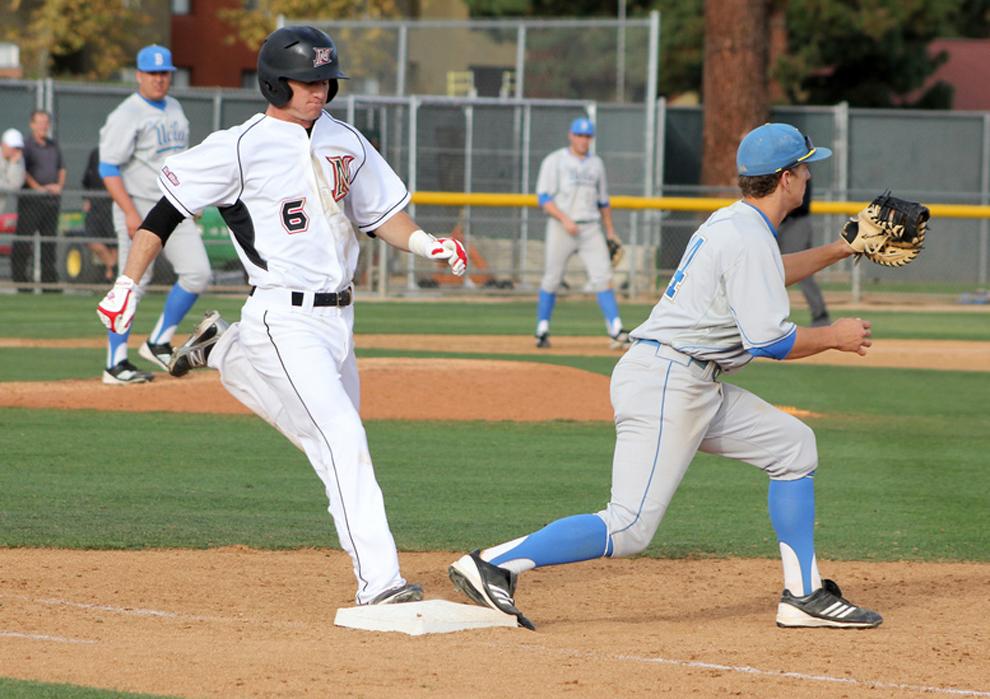 Giving up more than one multiple-run inning in a single game is always a remedy for disaster, and that’s just what CSUN did in its home opener Tuesday against No. 22 UCLA.

“We always want to score first,” CSUN head coach Matt Curtis said. “It puts you on your heels, and (UCLA) scored first. We were in the game and were a hit away from a tie or a lead.”

The Matadors offense put up impressive numbers in its first game of 2012 at Matador Field, but a mixture of pitching woes and fielding errors proved costly against the Bruins (2-2).

The Matadors’ pitching staff gave up nine runs in the eighth inning to a UCLA offense that homered three times on the day.

CSUN’s offense kept it close. The Matadors combined for nine hits on the day and stayed within striking distance until the ominous eighth inning.

Freshman Brandon Warner started on the mound for CSUN, but only pitched two innings before transfer Harper White entered in the third and gave up four runs in 1/3 inning of work.

CSUN posed a threat early in the first when leadoff hitter Brett Balkan got on base after taking a fastball off the elbow. A sacrafice bunt by Attl moved Balkan over before Tommy Simis was also struck by a pitch to make it two on with one out. Bowen was next and hit into an inning-ending double play.

The Bruins answered back with some men on base in the second before a dribbler into the outfield led to Williams throwing out a UCLA base runner at home plate to end the inning.

White entered the game and quickly walked the first batter of the inning before giving up the two-run, one-out shot to UCLA’s Tyler Heineman to put the Matadors in a 2-0 hole.

The bleeding didn’t stop there for CSUN as the Bruins filled the bases and tacked on three more runs with a stand-up triple by Trevor Brown that went by a diving Pak in right center to extend CSUN’s deficit to 5-0.

The Matadors battled back in the bottom half of the third with a walk and singles by Vogelsang and Balkan to load the bases with no outs. Attl singled to the left on the ninth pitch of his at-bat and passed a diving Cody Regis at third base, moving all runners over and scoring the first run of the day for CSUN.

The Bruins responded to offensive spurt by tacking on another three runs in the fourth to extend their lead to 8-2.

The Matadors scored two runs in the bottom of the fourth and – after UCLA added a run in the top of fifth – another three in their next offensive outing to cut the Bruins’ lead to 9-7.