Year of Queer event celebrates milestones in the LGBTQ community 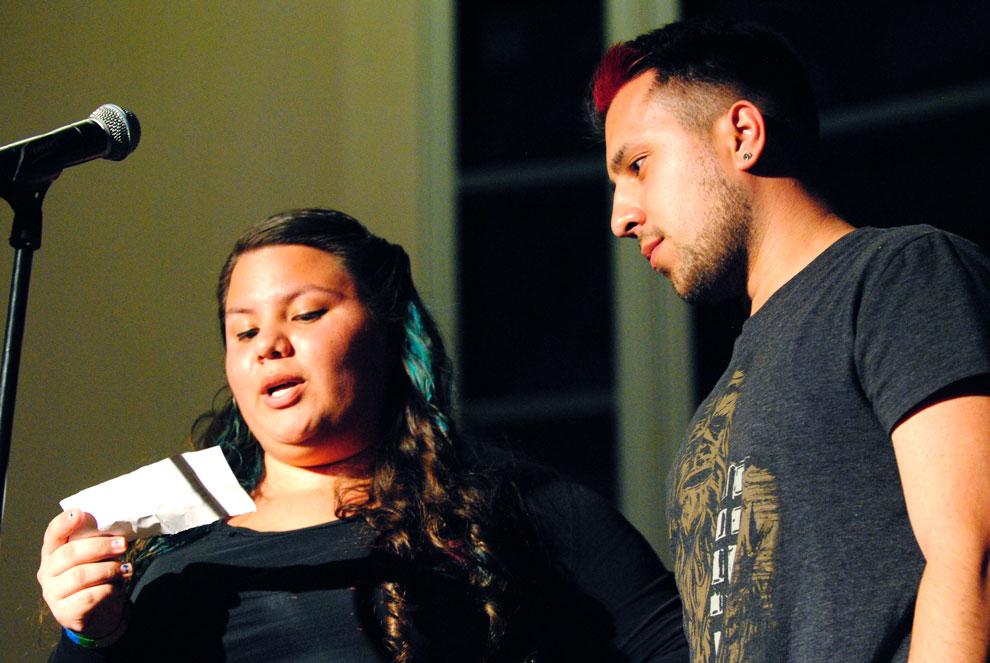 Other performances included brief speeches by LGBTA members, highlighting advancements for the community, such as the repealing of Don’t Ask Don’t Tell in the military and the Ninth Circuit Court of Appeals ruling that Prop. 8 is unconstitutional.

After the LGBT resource center opens this fall, it will be the only such center in the San Fernando Valley.

“The resource center is a safe space, which will be open about five days a week.  We will have mentors, information on gay sex, and possibly HIV testing,” Valencia said.

Another milestone mentioned was that CSUN will be hosting the national Queer People of Color Conference later this spring. CSUN is the first CSU to host it without the aid of a resource center, Valencia said. The conference will include events such as workshops on identity and being a LGBT member of a minority community.

“I got invited by my friend and I’ve been to the CSUN showcase with her so I wanted to see if this was similar,” said Christine Chen, a freshman business law major. “It was interesting enjoyable and entertaining. I think it benefits the CSUN community by showing the diversity of our school.

Vocal renditions of the night included Whitney Houston’s “I Wanna Dance With Somebody” to Adele’s “Make You Feel My Love”. The group of students known as Vocal Percussion Radio performed their unique version of hits by The Killers and Jimmy Eat World.

“I saw a flier in the elevator and I thought it would be fun to come to this event. I know quite a few people in the LGBT community as well,” said Monique Garcia, freshman sociology major.