Higher education funding left in the hands of voters 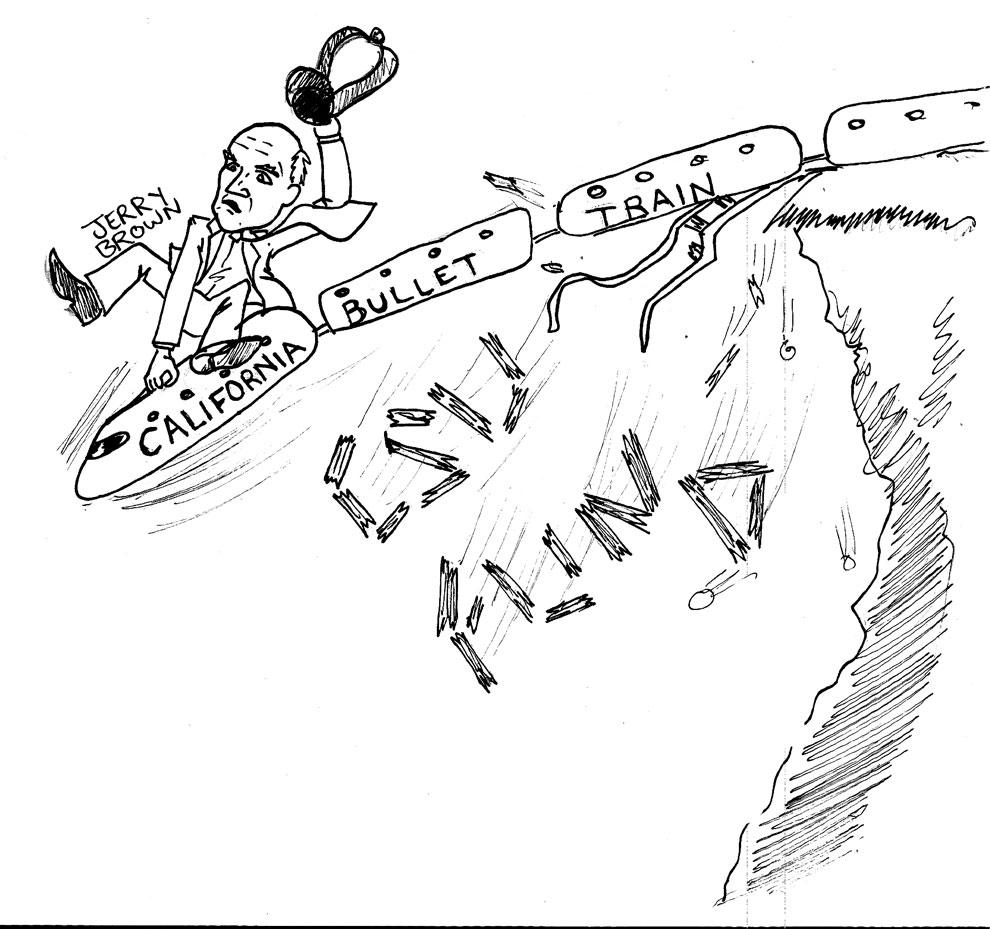 The buzz around campus about the budget cuts, and how they are affecting students, is getting pretty loud, especially with the release of Gov. Jerry Brown’s 2012-13 budget plan, which irresponsibly leaves funding for higher education in the hands of voters.

Brown’s ultimatum has left us with no other viable option but to pass this tax hike. We have to pick up the slack to save higher education in California, because Brown’s administration will not back down.

“This is not nice stuff,” Brown said, at a news conference Jan 5. “But that’s what it takes to balance the budget — and that’s assuming we get the revenues.”

Not only does the new budget propose additional cuts, but it also changes things for students receiving CalGrants and loans. The GPA requirements to receive CalGrants have been raised (Cal Grant A from 3.0 to 3.25; Cal Grant B from 2.0 to 2.75; and for in-state community college transfers, from 2.4 to 2.75). In addition, students planning on becoming teachers or nurses who work for public schools and hospitals will not be able to take advantage of the programs currently absorbing parts of their student loan debt.

Meanwhile he’s allocating money that could be used to salvage the dying public university system to finance a $98 billion high-speed rail line.

This is an attack on education on all fronts. CSU students come from all over the place, and our
education is funded by a combination of scholarships, loans, Cal Grants, mom and dad and, for a lot of us, our low-wage, part-time jobs. Increasingly, many students are unable to afford classes (nor do they get the classes they need) and teachers who make barely nothing are soon going to be unable to afford to live while drowning in student loan debt.

Maybe the government is not finding proper solutions because it doesn’t understand the problem. The budget is full of bureaucratic speech that, on a good day, is difficult for Joe Schmoe to figure out.

This year, it’s been difficult even for government officials to decipher exactly how they should budget and legislature is in the process of laying down in precise language, exactly what programs will be cut. School districts are unsure how to budget because they currently have no money to allocate, according to KPCC, a Southern California Public Radio station. Without guidance from the governor, schools are worried they will have to cut all programs until they know how much money they will be receiving.

As CSU students panic about higher tuition (which has nearly doubled in the past four years), they face more difficulty in acquiring classes and the idea of taking on a third or fourth job to pay for it all, the budget plan claims an increase in state funding to higher education.

Returning funding to state universities is, of course, a long-term plan for higher education, and Brown believes that an increase in state funding can begin for the 2013-14 school year. That is, if the tax hike passes. For the sake of our future, we’re going to desperately need it to pass.

Brown is trying to scare the everyday people already struggling with unemployment and the recession into forking over more money to save higher education. Perhaps a tax hike is necessary, but to also cut education funding is theft. Theft from every student who has ever dreamed of higher education. Theft from the people who have returned to school to better their lives because minimum wage just doesn’t cut it anymore.

But most importantly, it’s theft from California and the future.

The time has come for us to make education a priority and vote for Prop 98, since appealing to the government has proven to be fruitless. We have protested and marched, we have left classrooms and we have sat in classrooms, but the government has still found that higher education is less of a priority than a high-speed bullet train that can get us from point A to point B faster.

Only by the time the building begins, we might not have any qualified engineers to build it.