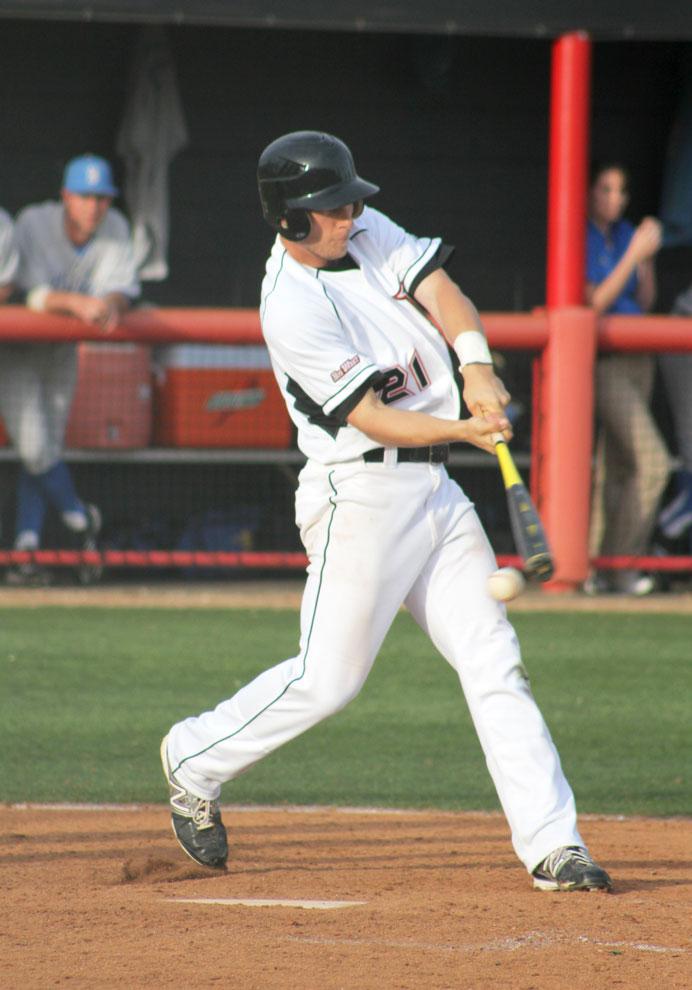 CSUN opened the series with Muren on the mound and completed the late-inning comeback against the Wildcats in a 4-3 seven-inning win after being down 3-1 after four innings.

Muren looked stellar for CSUN pitching the first one-hitter in Northridge history while fanning three batters on the day. Although the Wildcats only managed one hit in game 1, the Matadors again struggled to find the strike zone early as Muren walked five hitters en route to three Northwestern runs.

The lone hit against Muren came in the fourth inning when Wildcat sophomore outfielder Nick Linne singled to left field on the second pitch of his at-bat.

Matadors’ bats again put them in position to earn a win after redshirt junior Tommy Simis singled in the fifth, scoring teammates Nathan Ring and Dylan Young to even up the score at three apiece.

CSUN tacked on the winning run in the sixth after Todd Eskilin doubled down the line to lead off the inning. Adam Barry slapped a one-out single through the right side of the infield scoring Eskilin from third.

A 1-2-3 seventh inning from Muren ended the game and earned the right-handed pitcher his second win of the season. Muren has only given up five hits in 13 2/3 innings for the season while striking out five and walking eight. The junior has a 3.29 ERA and a complete game after two starts in 2012.

Senior Vincent Roberts started on the mound in the second game and turned three solid innings, giving up three hits and a run off a solo shot in the third.

CSUN quickly took the early lead as it jumped on Northwestern’s Brandon Magallones, teeing off for eight hits and six runs, highlighted by a solo blast from Miles Williams in the second.

The Matadors’ rally in the second came after the first two hitters of the inning failed to reach base safely. The two-out rally started with the Williams homer and continued after Northwestern’s center fielder misplayed a drive by Young which turned into two more CSUN runs. Ring doubled in a run and scored a run of his own on a throwing error by Wildcat shortstop Kyle Ruchim.

CSUN added a run in each of the next three innings, extending its lead to 6-1, before a five-run sixth inning evened things up for Northwestern.

The teams each exchanged a run and forced extra innings before Pak closed the day out by scoring Simis with a walk-off single to center in the eleventh.

Four CSUN hitters had two hits each as the offense exploded for 18 hits on the day.