Men should speak up about anorexia 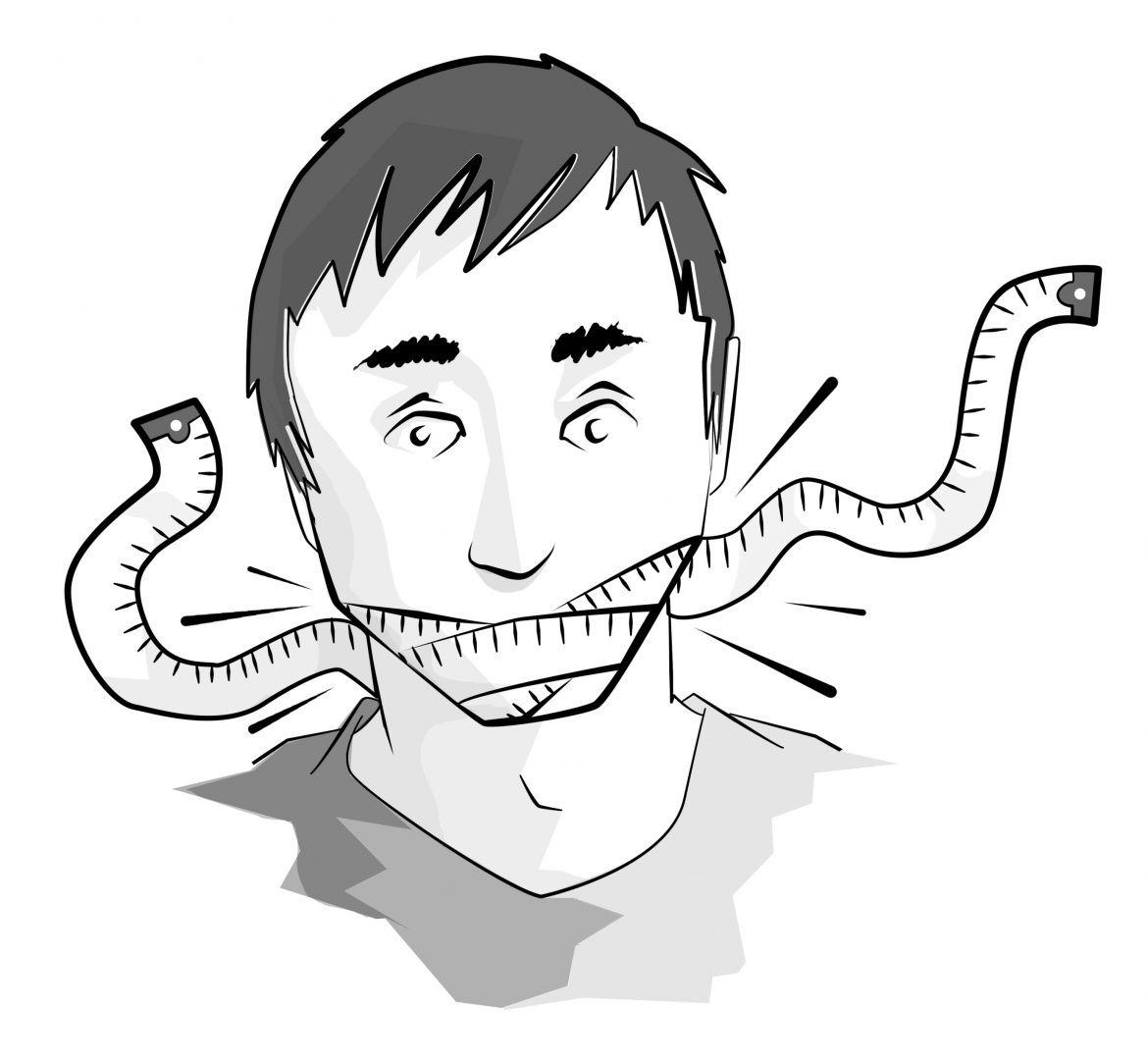 On a good day you will find me carefully dressed, eating a hamburger and reading an ebook on my iPad between classes.

You cannot tell from my demeanor that I suffered from anorexia nervosa for six years.

Take a cue from television shows and you would be led to believe that only women developed anorexia nervosa, bulimia nervosa or a binge eating disorder. Willowy blonde girls with far too much money and friends, who live in Pleasantville, USA are the usual victims, while male characters seem to be secure about their body image, if nothing else.

But I know that isn’t true. Six years of my life were spent proving that stereotype wrong.

From early high school to my junior year at CSUN I hid my disorder under a pile of baggy clothes and low self-esteem, motivated to remain at 115 pounds despite standing at 5’11. Coupled with my disorder were an obsessive fear of being fat and the need to test myself against the hunger pains shooting through my stomach.

Anorexia nervosa, as defined by the National Eating Disorder Association, is characterized by a refusal to maintain body weight or be above a normal weight. Fearing becoming fat, anorexics have a distorted body image that cannot be cured with dramatic weight loss.

I have never met another male who was willing to admit that they suffer or had suffered from an eating disorder, but I know there are more of us out there.

According to the American Psychiatric Association, one male suffers from anorexia nervosa for every four females who do. In a survey of 3000 CSUN students, out of 28 percent of individuals who reported having an eating disorder, only 10 percent were male.

To Dr. Veronica Stotts, a staff psychologist at CSUN, said women are more likely to develop eating disorders by sampling certain behaviors from their friends, whereas men are less likely to share these behaviors among friends.

Stotts currently coordinates JADE, Joint Advocates on Disordered Eating, a peer counseling group that promotes awareness and prevention of eating disorders among college students. In a group of 12 people, I am its only male member.

There is a stigma attached to being a recovered “starvin’ Marvin”—as a former friend once put it—or being a male with any other eating disorder.

Eating habits become an issue to your family and friends, and well-intended stereotypes on television suddenly become as offensive as racial slurs being shouted into your ear. One is viewed as damaged or fragile, not realizing the amount of fight one needs to recover; after all, one is fighting one’s self.

I so admire the young girls and women strong enough to come forward about their history with an eating disorder or want to raise awareness and prevention. Yet, despite all the bravado and testosterone society wants from its men and perpetuates in its media, so few come forward when this issue is discussed. Even less are willing to help those in need.

I never had a male role model guide me through those six years and I wish I had. I simply wanted to hear a phrase that ultimately would help both women and men in that situation:  “You’re not an anomaly.”