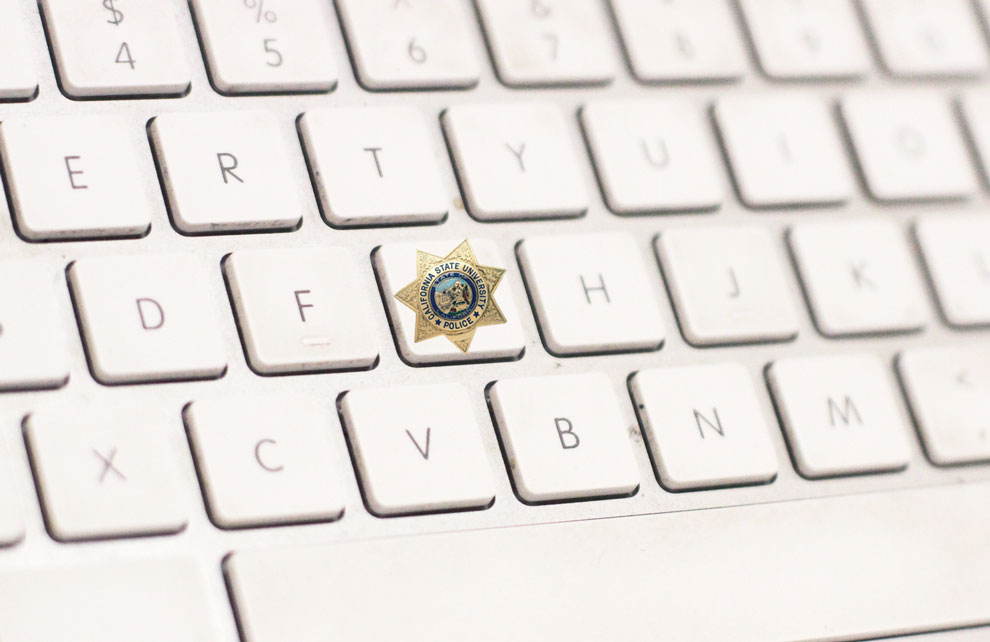 The CSUN Police Department is launching a new online tool for reporting minor crimes through the department’s website in March, according to a police official.

The new program will allow anyone to report misdemeanor crimes, such as identity theft, vandalism and theft of property valued under $950.  It is expected to give police personnel more time to focus on more serious criminal activity, said Anne Glavin, campus police chief.

“We are, as a department, really challenged with the volume of calls that

The department’s uniformed officers were involved in over 19,000 total incidents in 2010, according to an annual report released by the Department of Police Services.  More than 7,000 of these were telephone requests, according to the report.

“I think calling would be more direct,” said Ben Selski, sophomore computer information and technology major at CSUN.  “If all the lines were busy, online works as a second or third option.  It’s always nice to have more options.  It depends on how fast and organized things are on the police end.”

Access to reporting crime by phone will not be eliminated by the new system, but the department hopes to greatly decrease the need for it.

“Call the department,” said Scott VanScoy, captain of patrol operations, to those who don’t have Internet access.  “We’re more than happy to take a report.  Meet up with you.  Meet with you here.  We’ll accommodate you.”

Crimes that should not be reported online include all felonies and misdemeanor reports in which the crime was witnessed and a description of the suspect is available.  The software takes the user through a series of questions to determine if the program is appropriate for the crime being reported.

“If it’s an emergency, you’re calling us,” VanScoy said.  “If you have suspect descriptions, you gotta talk to a police officer. We want somebody to talk to you.”

University of California San Diego police started using same software, known as CopLogic, in 2008.  As of the end of 2011, the number of reports filed with their department using the system has increased from 10 to 22 percent of their total crimes reported, said Mary Garcia from UCSD’s police records office.

“What we want to do is make this accessible to the public,” Garcia said, adding that  UCSD police are planning to expand the software to including filing of other types reports such as CLERY incident reports.  “It is a convenience for people to have this available.”

UCSD police are planning to expand the software to including filing of other types reports.

The program, which cost CSUN Police about $7,000, is expected to save the department money in the long run, but dollar estimates are not yet available, Glavin said.

The cost was for the onetime sale of the CopLogic software and has no maintenance costs. The company was founded in 2004, and now serves over 150 agencies in North America.

“We think it’s pretty straightforward,” Glavin said  “We think it’s convenient.  It helps us solve a few issues that we’re dealing with, with a burgeoning size campus and less people resources than we would like to have.”