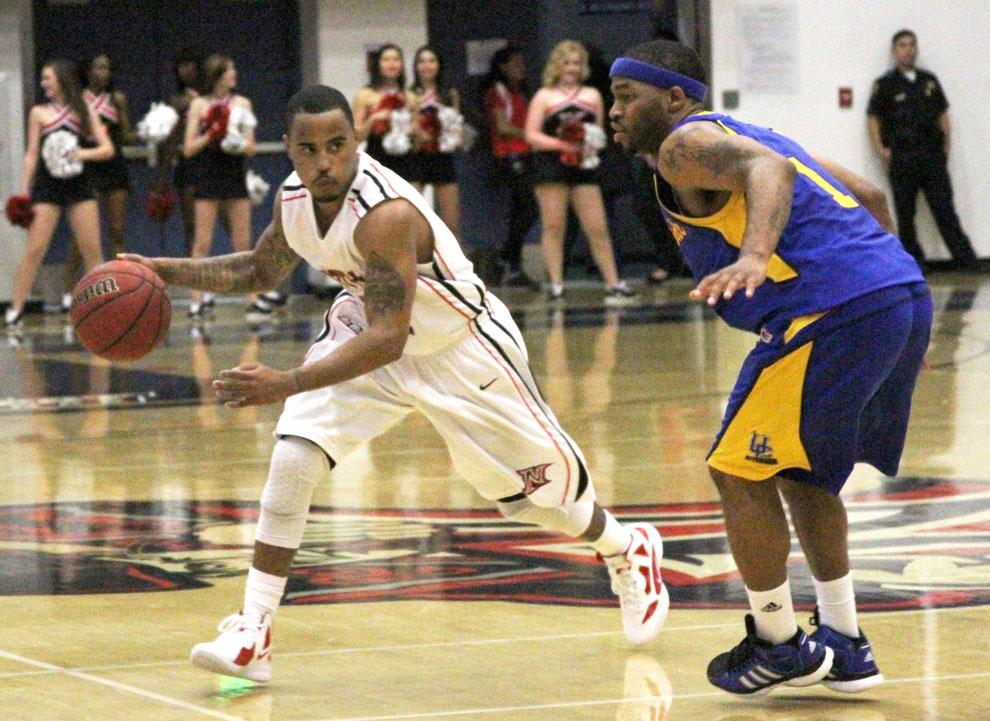 The Matadors have lost a lot this season: games, their postseason eligibility (due to NCAA violations) and, recently, the final game on their schedule against Saint Mary’s.

The cancellation of the March 9 game against the Gaels has given CSUN’s new finale at Cal State Fullerton (19-8, 10-4 Big West) tonight more meaning.

“My job as a coach is to keep pushing (the Matadors) forward and not get discouraged, but it’s very difficult knowing this is the last game and knowing they’re not going to a tournament or anything,” said CSUN head coach Bobby Braswell, whose team is suffering through a dreadful 7-20 season.

Heading into the season, the Matadors knew they weren’t going to compete in the Big West Tournament and had their sights on a regular-season title, but that went out the window a few weeks back as CSUN now sits in last place with one league game to go.

However, Northridge still had motivation to play knowing that it had a chance to upset a ranked Saint Mary’s team on the road to end the year.

All that is gone now.

“It’s hard having a season like that because everyone feels comfortable being negative,” CSUN sophomore guard Josh Greene said. “I tell guys to keep fighting because, if this is what you love, then be blessed to have another day to play. Sometimes I even question myself, but at the end of the day, this is my passion.”

Senior guard Vinnie McGhee was disappointed he couldn’t finish his CSUN career at Saint Mary’s, which is less than 20 miles away from his hometown, Oakland.

“I told a lot of people back home to come to the game,” McGhee said. “People were sad because some of them skipped out on my (games at) Davis and Pacific (in Stockton) to go to the Saint Mary’s game because it was closer.”

McGhee won’t be able end his collegiate career at home, but he does have a chance to beat the rival Titans one last time.

“Fullerton is one of our biggest rivals so we have to beat them,” McGhee said. “They came here and beat us on a buzzer beater, we want that win back bad.”

The game McGhee was referring to was a 70-68 loss against Cal State Fullerton at home on Jan. 26. The Matadors gave up a last-second layup to Titan Kwame Vaughn.

CSUN has had multiple close battles against Fullerton in the last few seasons, including Big West Tournament matches the last two years and a triple-overtime game on Feb. 13, 2010.

“With the history, it’s always a personal game with Fullerton,” Greene said.

Not only do the Matadors have a rivalry to play for, but they also need a win to avoid a last-place finish in the Big West.

UC Davis (5-23, 3-11 Big West) is a half game ahead of CSUN for eighth and has two games remaining on its schedule, against Cal Poly and UCSB.

After starting the season 1-21, the Aggies have won four of their last six games, including a win over CSUN which snapped an 18-game losing streak. Recently, UC Davis got an upset victory over the second-place Titans Saturday.

“We know UC Davis beat Fullerton and is on a roll now. We’re well aware of that, but at this point, it’s about finishing strong,” Greene said