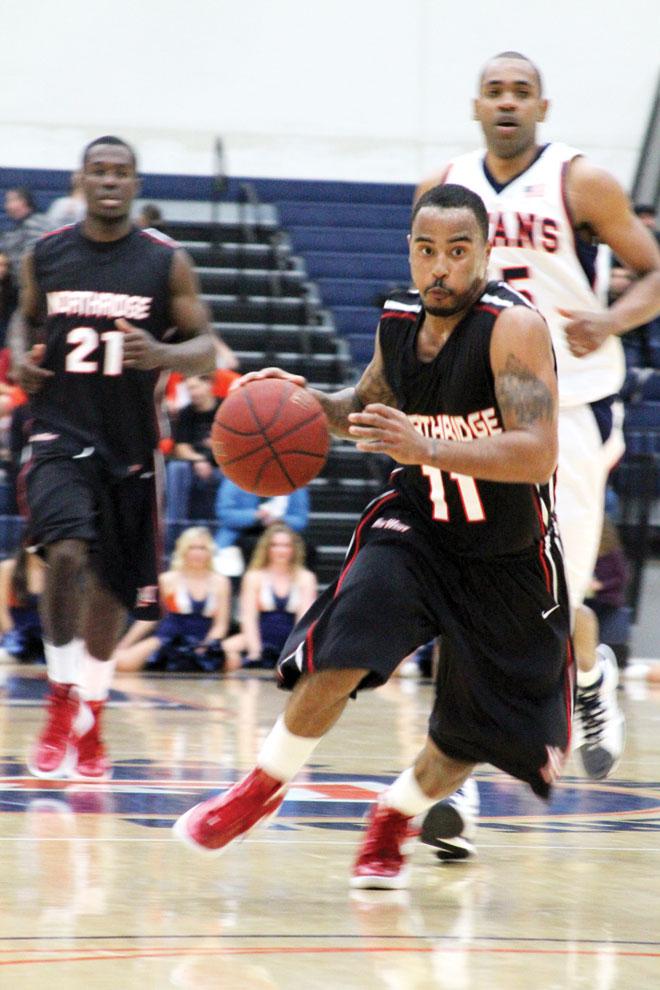 FULLERTON – With a nine-point deficit and only 1:45 remaining in the Matadors’ season, senior guard Vinnie McGhee shot a 3-pointer hoping it could possibly spark a comeback and maybe a fairy tale ending to his CSUN career.

Instead, McGhee threw up an airball to add misery to an already tough 2011-12 season.

“I’m a competitor and we were losing and I just wanted to make a three,” McGhee said.

The senior continued competing, shooting another 3-pointer 40 seconds later, but still no luck.

That summed up Northridge’s disappointing season as it fell 87-76 to Cal State Fullerton at Titan Gym Wednesday night.

The Matadors finished the year with an overall record of 7-21 and 3-13 Big West record. It was the lowest amount of wins head coach Bobby Braswell has had in his 16-year tenure. The last time CSUN finished with only seven wins or less was 1995-96, the year before Braswell was hired.

A reason the Matadors struggled this season was their youth, having the youngest roster in the nation.

Braswell doesn’t want that to be an excuse next year.

CSUN was pushed around by the bigger and stronger Titans, who knocked down seven 3-pointers in the second half.

Kwame Vaughn caused the most fits for the Matadors, scoring a game-high 24 points and converting on five baskets from long range.

The Matadors were able to cut the Titans’ advantage to four points with 7:22 left in regulation, but baskets by Vaughn and DJ Seeley, who scored 24 points, increased the deficit to 12 points.

“They (Fullerton) had a lot of fire power and have a good chance to do really well in this tournament,” said Braswell, referring to next week’s Big West Tournament.

CSUN is ineligible to participate in the league tournament after the NCAA banned them for grade violations.

That was the start to the Matadors’ dreadful season.

“I never tried to focus on it (playoff ban) too much and just teach everyday,” Braswell said. “These guys are young and it had to be somewhere in the back of their mind. There wasn’t much they were playing for, in regards for a postseason.”

With McGhee leaving, the Matadors will turn to Josh Greene, Stephan Hicks and Stephen Maxwell for a turnaround season in 2012-13.

“I told them to let this season be their fuel for next season,” said McGhee, who plans on playing overseas and maybe one day coaching. “I want them to learn from this.”

Greene, who scored 19 points, wants to see some changes for next year.

“I feel sometimes we didn’t really play as hard as we could or play as confident as we should,” Greene said.

CSUN plans on getting better for the future, but for now they have no March basketball and no tournament madness either.