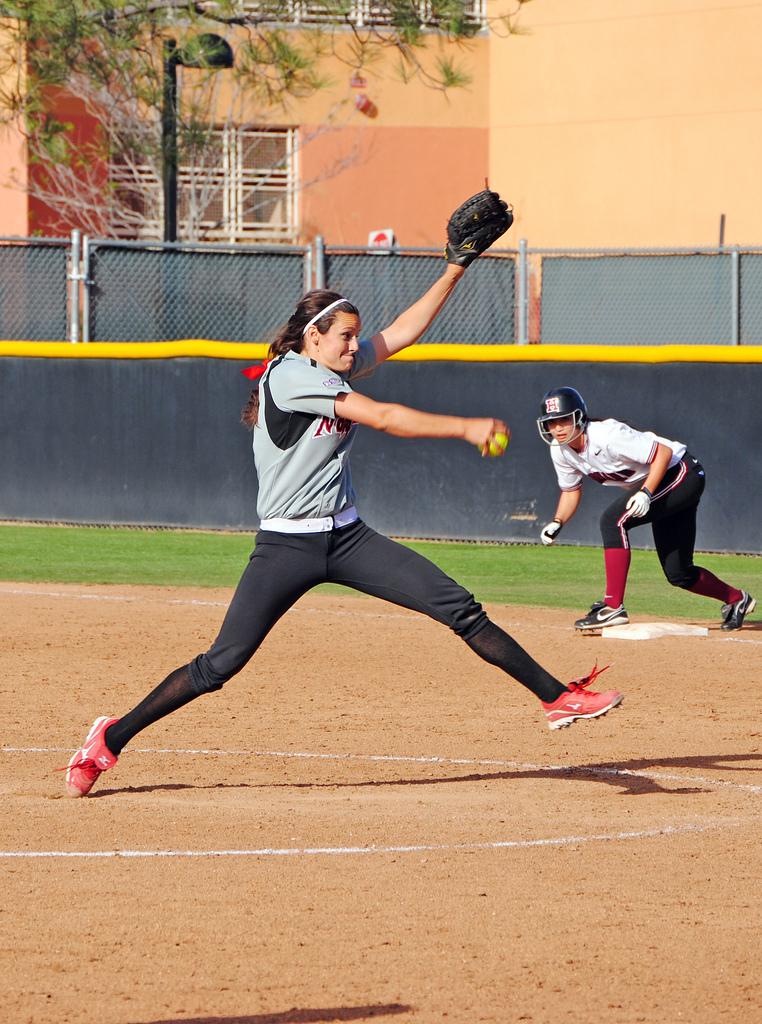 A slow start on pitching led to CSUN’s 5-2 loss against Harvard Saturday afternoon at Matador Diamond.

The Matadors (5-18) were swept by the Crimson (5-3) in the Northridge Classic, winning both Saturday’s game as well as Friday’s.

“I think we did a better job from yesterday,” CSUN head coach Tairia Flowers. “We put the ball in play. We were hitting some shots. We didn’t have any strikeouts, so we’re definitely moving in the right direction.”

Though the Matadors tallied six hits, compared to Friday’s three, they also left seven runners on base for the day.

Northridge pitcher Alexa Limon had a rough start, allowing four hits and four runs, with three of those runs being earned. Despite recording a strikeout, she was taken out of the game only having pitched for 1.1 innings and was replaced by Mia Pagano.

But Pagano had a start that a pitcher would not want to remember. The first pitch she threw was wild, allowing Crimson outfielder Ashley Heritage to score and moving Stephanie Regan to take third base. Then on Pagano’s second pitch, she was called for an illegal motion that allowed Regan to score.

Harvard scored three runs in the second, all due to poor pitching by Limon and Pagano, but Pagano made up for it the rest of the game. The junior tallied three 1-2-3 innings, retiring six batters in-a-row between the fifth and sixth innings. Pagano also had three strikeouts in the game.

“Our pitchers did a great job. They kept us in the game,” Flowers said. “We just need to clutch up a little bit more offensively. Our pitchers, like said about the entire team, are moving in the right direction.”

Flowers added that Pagano did a great job and did what was asked of her in her 5.2 innings of play.

The Matadors did win one game to open the Northridge Classic, with a victory against Maine Friday morning.

Pitching was nearly flawless for CSUN, with Pagano pitching all seven innings, tallying six strikeouts and allowing only two hits in the game.

Matador designated hitter Jaci Carlsen led her team with two hits (seven for the team) and a RBI.