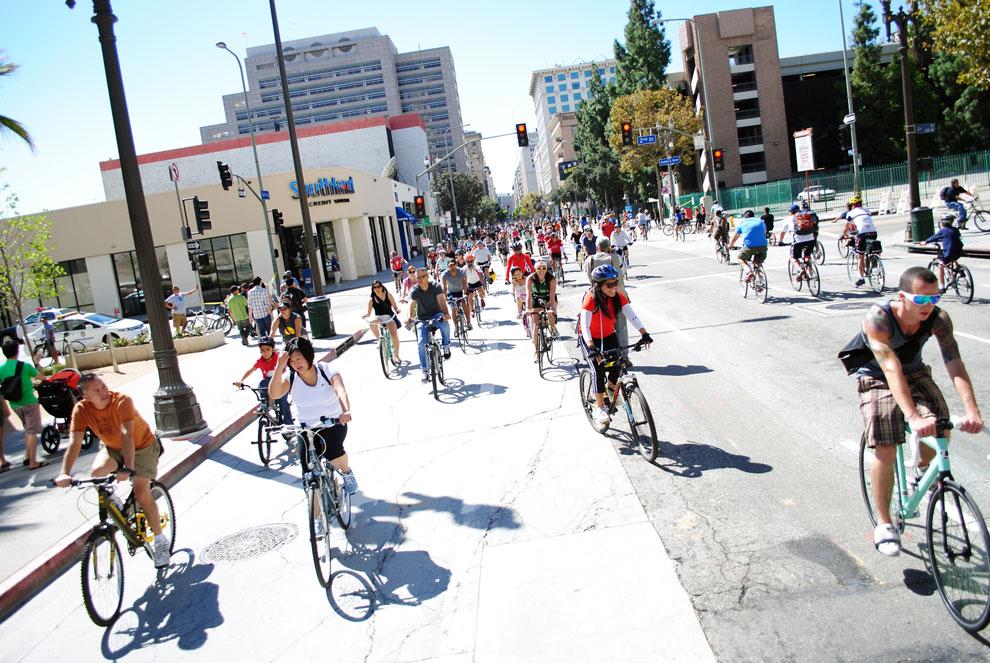 Expanding bike routes and creating new ones in Los Angeles is a new aim for CicLAvia, a group that strives to make streets safe for people to walk, skate, play and ride a bike, said Jon Linton, co-founder of the Los Angeles Bicycle Coalition and CicLAvia member, during a lecture Thursday.

About 20 people came out for the lecture, entitled “The Bicycle and the Future of Los Angeles,” held on by CSUN’s Urban Studies department.

Linton spoke about the importance of the bicycle and other alternative modes of transportation as keys for the future health and sustainability of Los Angeles, as well as about the history of the bicycle movement in Los Angeles and the origins of CicLAvia.

CicLAvia is an organization of bike riders and people who use alternative modes of transportation and organize events for people to walk, skate and bike on closed streets in Los Angeles, so they can ride on streets free of vehicles.

“We had to start to find ways to build a community. We didn’t get to far at first. People were a bit hesitant to change and so were municipalities and cities. It took two years for the first CicLAvia,”  Linton said. “Everyone thinks they can do CicLAvia event bui not everyone thinks, they can do the bike lane in Reseda.”

Linton also talked on the environment and how it relates to cities such as Los Angeles.

“I think there is a tendency in the environmental movement to think that cities are the enemy. I actually think it is the opposite. If we can make cities places where people can really come together on an equal plane and feel like they can have fun, they won’t have the need to move farther out in to the suburbs because everything will be right here,” he said.

“I think the nice thing about CicLAvia is that (it) brings everyone in Los Angeles together in a way that they are really able to see each other on the same level and that is rare here,” Linton said.

The next CicLAvia is Sunday, April 15 and will include a route running through East Hollywood, Korea town, Westlake, Downtown LA, Little Tokyo and Boyle Heights.