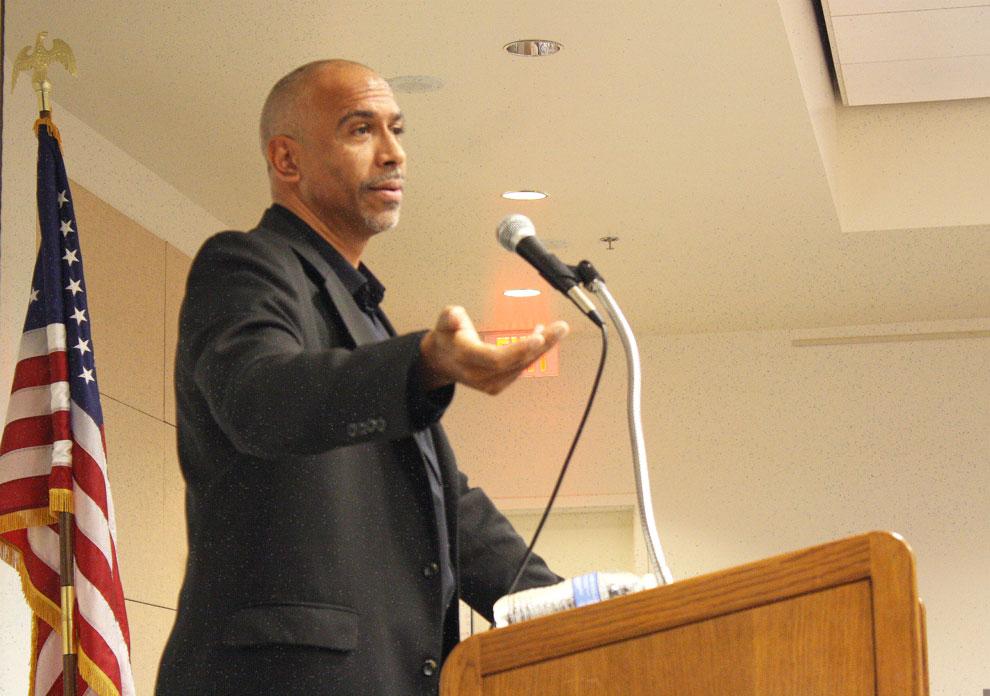 Policy makers in the U.S. are focused too much on ranking public schools based on standardized tests scores, said urban sociologist Pedro Noguero in his lecture at  Oviatt Library’s presentation room Monday night.

The lecture titled “Unleashing the Power of Your Imagination: Education, Power and Social Change” highlighted shortcomings of the No Child Left Behind Act which congress passed in 2001, requiring federally funded schools to assess student performance though testing.

“For the last twelve years we’ve been focused on the idea that the way to improve schools is to increase accountable on schools,” Noguero said.  “[We] increase accountability with high stakes testing.  Anybody who knows anything about testing knows children don’t get smarter by testing them.”

Assessment tests are a tool according to Noguero. Tests scores should be used to “diagnose learning needs” of children, he said.  But they are currently only used to rank teachers and schools.

Noguero also argued that the problems in public education further marginalized minority and poor communities with less access to education. He said many schools, with few exceptions, that score poorly continue to score poorly, which highlights the education gap.

“I wish district leaders and people higher up would use him as an advisor,” said Victor Magaña, a senior psychology major at CSUN.  “This is something that our students have experienced.”

Noguero said that education reform has to take place in the classroom and that children need to be engaged. They need learn inside the class room in the same ways they learn outside the classroom, he added, citing the same children who have lyrics memorized to hundreds of songs should be able to show the same level of retention in class.

Noguero also attacked recent funding cuts to public education across the nation.  California is suffering the worst of these cuts, he said.

“Public education at the higher-Ed level and certainly in K-12 is under attack,” Noguero said.  “California epitomizes that attack. At a time when we should be doing more to educate people, we’re doing less and less.”

Noguero is currently a professor of education at New York University.  He has published several articles and books on the subject of public education and is a leading researcher on the subject.