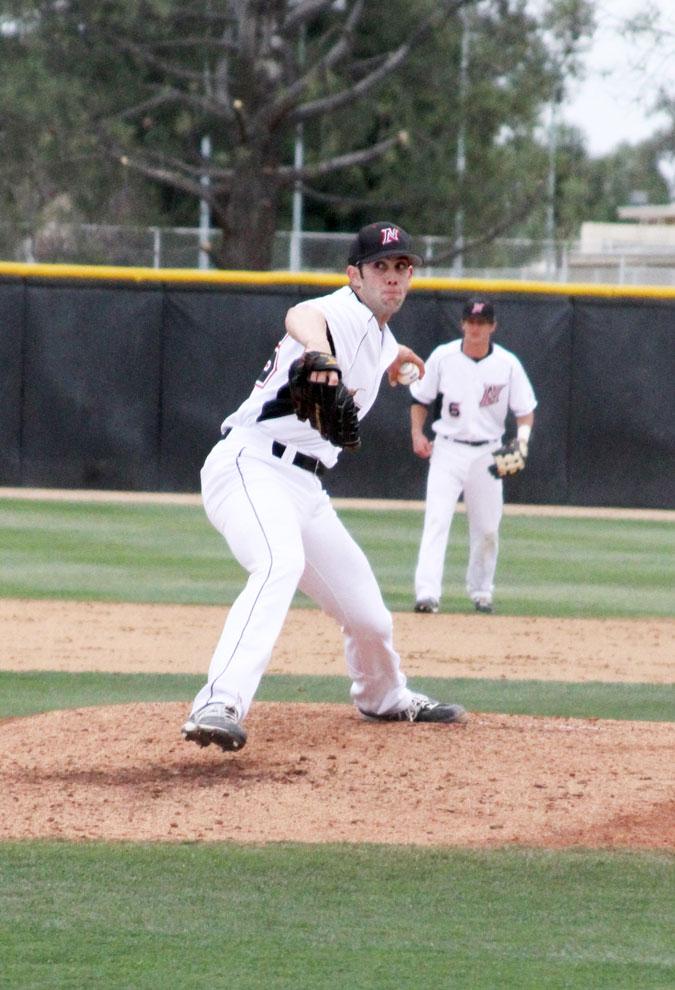 Northridge pitchers have struggled finding the plate up to this point in the season but CSUN (8-7) didn’t allow Indiana many free passes en route to a 2-1 series win over the weekend, ending a four-game skid.

The Matadors will take their new-found control into their two-game series against visiting Rhode Island beginning today.

The Rams come to Northridge on a six-game losing streak following sweeps by Vanderbilt and Pepperdine. Rhode Island’s bats have been held under two runs in five of its last seven games with the Rams compiling only four runs in their three-game series at Pepperdine.

Redshirt junior Pat Fortunato and redshirt senior Jeff Cammans have both started every game this year for the Rams and lead the offensive charge with .302 and .267 batting averages respectively.

The offense has powered most of the Matadors’ victories, but the mound provided the winning edge for CSUN over the weekend.

Northridge dropped the series opener against Indiana on Friday afternoon 7-3, but bounced back behind solid performances from its pitching staff in the following games.

Dominance by starting pitcher Alex Muren continued after the junior pitched seven innings Saturday allowing three runs on eight hits and only walking one of the 28 batters he faced.

CSUN head coach Matt Curtis liked what he saw from the right-handed pitcher that has held his place as the Matadors’ ace.

“Alex Muren attacked the zone, made them put the ball in play,” Curtis said. “We made them earn what they got for the most part.”

Muren is the first CSUN pitcher to reach three wins and currently holds a 4.91 ERA.

A new face to the Matadors this season, freshman Jerry Keel, continued his stellar hurling as of late with seven innings of scoreless baseball. The left-handed pitcher allowed two hits and struck out five in his third start of the year before other CSUN newcomers came in to closed out the game.

Redshirt freshman Louis Cohen followed Keel with 1.2 innings, allowing three runs on as many hits. Freshman Cole Hallum struck out the final hitter to claim the series win for Northridge.

Junior Adam Barry and sophomore Miles Williams continue to hit well for Northridge and lead the team in batting average from players with more than 25 official at-bats.

Barry is hitting .480 with eight RBI and has a .606 on-base percentage due in large part to the seven walks he’s added to his 12 hits.

Williams has shown pop in his bat, hitting .340 with three home runs and team-high 11 RBI. The outfielder has also earned eight free passes to go along with his 18 hits.