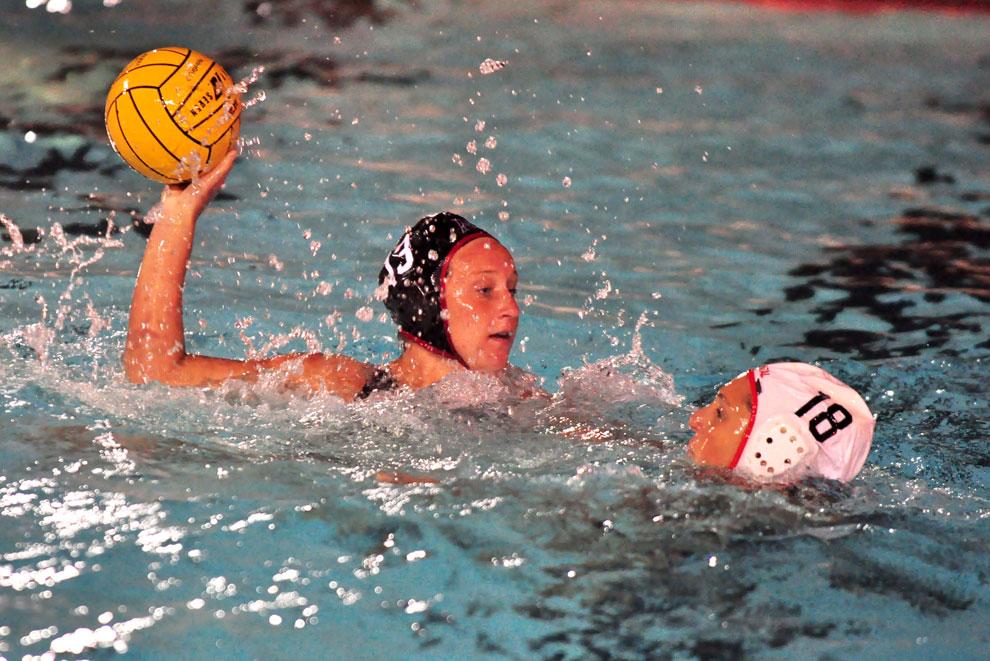 After cruising past Bucknell (10-12) earlier in the afternoon in a 14-4 victory, the Matadors (10-11) carried that win into the night as they steamrolled through Occidental (15-3) in a staggering 19-6 win Tuesday at Matador Pool.

With the wins against the Bison and Tigers, CSUN extended its winning streak to six.

“We were pushing. We really wanted to just keep our momentum and capitalize on our opportunities,” CSUN center Marisa Young said about their victory against Occidental. “You can tell that everyone wanted it. No one was selfish and we were all looking for the reads.”

And the Matadors weren’t selfish on the night, with 10 of their players scoring in the game. Young led all scorers with four goals to her name, with three coming in the third period alone.

“We were patient. When we had the shot, we knew it and we took it and it worked,” Young said. “We made the passes we needed to make and just read the situation.”

Northridge looked unstoppable on the offensive end, scoring at least four goals in each period against the Tigers, but head coach Dr. Marcelo Leonardi credited his team’s defense for sparking the team on the other end of the pool.

“We’re starting to click on all cylinders,” Leonardi said. “Our outside shooting played a significant role, but I also felt like it came from the defensive end. When we get those stops and we’re able to push the counterattack, it gives us an opportunity to create opportunities to score.”

CSUN’s defensive presence was solid, only allowing 10 goals in both games combined. The Matadors played lockdown defense on Occidental, limiting it to no more than two goals per period.

Leonardi was also impressed with his team’s five-on-six defense, which only allowed the Tigers to score on three out of nine times on power plays.

Occidental had a small offensive outburst in the fourth period, coming out and scoring two goals quickly. Leonardi saw this, put his key players back in the game and CSUN scored the final four goals to end the night.

“I went with a different starting group. I went with my second unit to start that fourth quarter,” Leonardi said. “I wanted to see if that second unit could possibly start and still have that impact. Unfortunately, Occidental got those two goals, so I went right back in and finished it off.”