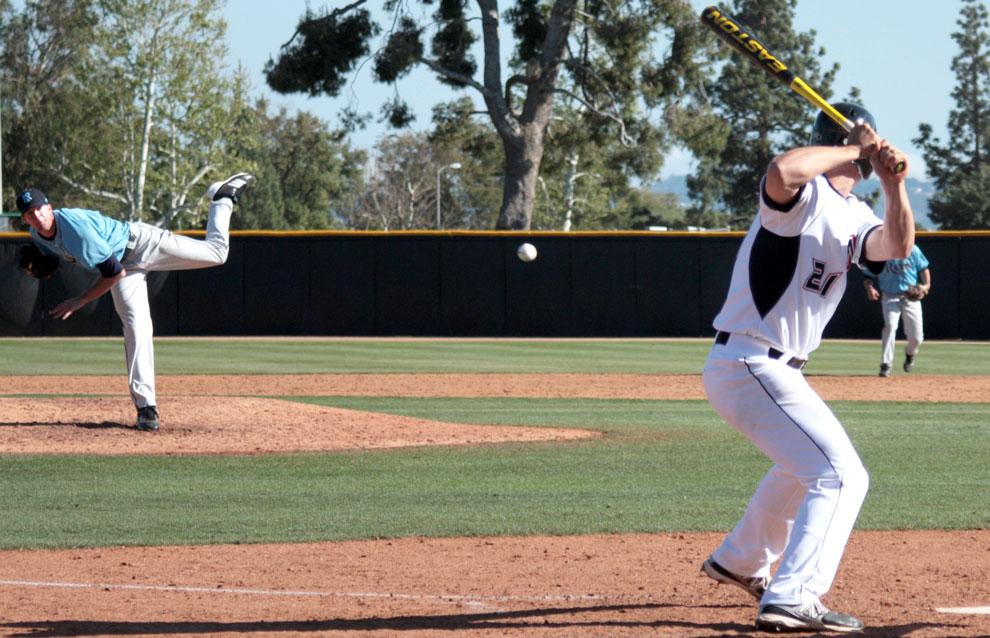 The CSUN offense had been swinging the bat well through the early part of the 2012 season but Matador bats only managed to bring in five runs in three games en route to losing two of three in a trip to Portland over the weekend.

Northridge returns to action today when it visits Loyola Marymount at 3 p.m.

The Lions (7-9) have begun to figure things out on both offense and defense after starting their season losing seven of their first 10 games.

Led by junior Cullen Mahoney and his .408 batting average, LMU shut out the Indiana Hoosiers in a 9-0 romping Friday. The pitching staff has been impressive for the Lions and will bring their .456 team ERA against CSUN.

CSUN compiled 19 hits compared to the Pilots’ 16, but its inability to bring runners home led to Portland winning the three-game series.

CSUN’s staff had a hiccup in its solid pitching as of late in Friday’s series opener. The Matador defense also committed two errors on the day while the pitchers gave up six hits in an 8-1 loss.

Senior Vincent Roberts (0-3) followed up his longest outing as a starting pitcher since a March 9 defeat to Indiana with five innings and four earned runs in the losing effort. The right-hander struck out three but walked four of the 24 batters he faced before the freshman duo of Jacob Leyba and Travis Beck came in to close out the shortened seven-inning loss.

Junior Cal Vogelsang and senior Todd Eskilin each had two hits against Portland’s senior Kyle Kraus, who pitched all seven innings for the Pilots.

The Matadors followed up with a 3-1 win in the second half of Friday’s doubleheader behind another dominant performance by junior Alex Muren (4-1).

Muren earned his fourth win of the year after pitching seven innings, allowing two hits and an unearned run.

Freshman Ryan Raslowsky led the CSUN offensive charge with a pair of hits, two RBI and a stolen base while three other Matadors also earned hits.

CSUN took an early 2-0 lead in the second inning off a Raslowsky bases-loaded single that scored two. Northridge added another in the seventh with a lead-off single by Raslowsky and a two-out single to right by Eskilin.
Sunday brought a pitcher’s duel with freshman Jerry Keel getting the nod as the starter for CSUN.

Keel continued his stellar 2012 pitching by holding the Pilots scoreless through five, allowing three hits and striking out a pair.

Despite the pitching clinic Keel put on, the Matador offense was unable to get the righty a lead and also went scoreless before finally scoring in the sixth off a Vogelsang double.

The Pilots answered back in the bottom half and evened the score at one apiece. Both side’s pitchers held the opposing hitters at bay before an action-filled ninth.

CSUN led off with two walks but the following batters failed to bring the go-ahead run around to score.

Portland put itself in a two-out hole before Chet Thompson came up for the Pilots and was hit by a 3-2 pitch. Thompson then stole second and came around to score on a Michael Lucarelli single to center ending the game and the series.