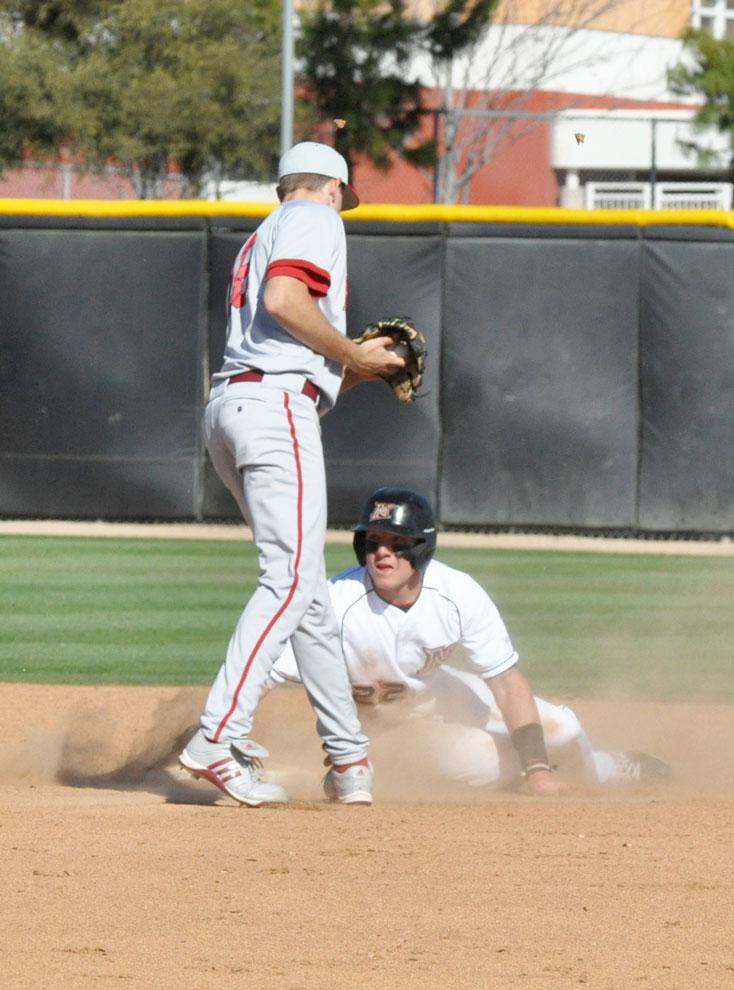 After leaving 23 runners stranded and only scoring five runs in three games against Portland, the Matadors came out swinging Tuesday.

Not only did the CSUN sluggers find their swing by racking up 14 hits, but the pitchers were on point as well, only allowing five hits in the Matadors 12-1 victory over Loyola Marymount (7-10) at Page Stadium.

The 12 runs scored tied a season-high for CSUN (10-11), but most importantly it gave them a much needed victory after losing four out of five games last week, including two losses at home.

The Matador offense didn’t waste any time getting on the scoreboard as they drove in two runs in the top of the first inning. With the bases loaded and two outs, Nate Ring hit a two-run RBI single to give CSUN the early lead.

CSUN didn’t let up in the second inning, adding two more runs to its lead. Cal Vogelsang and Miles Williams each had an RBI.

On the mound, starter Brandon Warner didn’t have any trouble against the Lions’ lineup. Warner only allowed one earned run with four hits and one strikeout. The lone run scored on Warner came in the bottom of the third inning after Matt Lowenstein doubled to left center field to bring home Colton Plaia.

LMU starter Brandon Horth had a rough outing, lasting only one inning. Reliever Kevin Glomb didn’t do much better after being pulled before the third inning.

For the next three innings, pitcher Matt Florer held CSUN’s lead to 4-1, giving the Lions hope of a comeback.

However, the Matadors broke the game wide open in the top of the sixth inning, but it wasn’t Florer’s fault. CSUN added four more runs against LMU’s fourth and fifth relievers of the day.

Justin Grijalva didn’t record a single out in the sixth and walked the first two CSUN batters of the inning.

Northridge added a run in the seventh and eighth inning and concluded its slugfest with two more runs in the ninth.

Northridge had a clean game with no errors while the Lions recorded three miscues.

The Matadors continue their 11-game road trip with a four-game series against Saint Mary’s, starting Friday night. CSUN returns to Matador Field March 30 for a rematch versus Loyola Marymount.