Lack of women in science: Engineer writes book on females that changed history 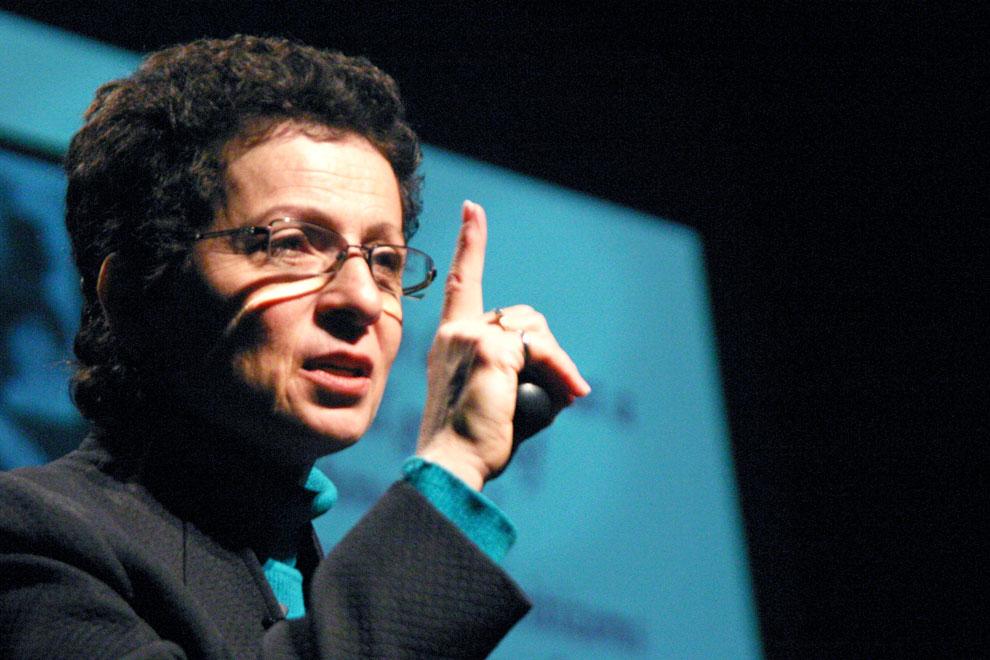 Jill S. Tietjen, speaks to a group of females in a lecture at CSUN’s Campus Theatre on Tuesday. Photo Credit: Yoko Maegawa / Contributor

Less than 20 percent of women pursue careers in the sciences, said president and CEO of Technically Speaking, Jill Tiejen, in her lecture sponsored by the Women in Science and Engineering Endowment at the Campus Theatre Tuesday morning.

Her lecture, titled “Her Story: A Timeline of Women Who Changed America,” highlighted her book of the same title.

“I have devoted 33 years of my life to encouraging young women to seek opportunities in science, math and engineering,” Tietjen said. “If this lecture encourages one student to open up a science book, I’ve done my job.”

Tietjen broke her powerpoint presentation into three categories: passion, determination and persistence. In each category, she discussed women that exemplified these traits in their careers.

A crowd favorite was the section on Martha Coston, a woman who played a vital role in the development of the signal flare.

Students also ‘oohed and aahed’ as they learned about Admiral Grace Hopper, one of the compilers of the first English-based computer language.

“The early history books were written by men,” Tietjen said. “So women like those I presented today were left out and are often still unheard of.”

Tietjen said the disconnect between women and the sciences occurs because young girls are  heavily influenced by their parents and society.

“We all know what doctors and lawyers do, but not very many people know what the role of an engineer is,” Tietjen said. “Grown adults hardly know what they do, so naturally young people don’t have much of a chance.”

Tietjen also discussed her personal struggles and successes as a female engineer.

“Nobody told me or encouraged me to become an engineer, not even my Ph.D. engineer father,” Tietjen said. “But I pushed forward and attended the University of Virginia in its first year admitting engineering students.”

Tietjen is currently in the process of developing a new book and is currently on the selection committee for the National Women’s Hall of Fame.