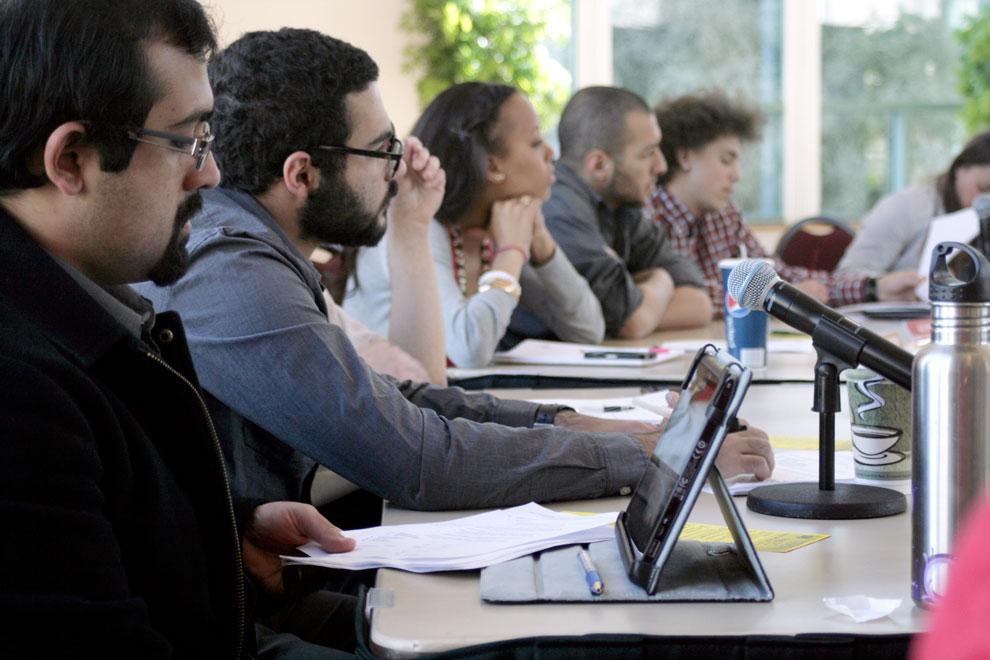 The Associated Students approved to give $1,840 to the CSUN waterski and wakeboard team to attend a national championship. Photo Credit: Farah Yacoub / Daily Sundial

After much debate, the Associated Students approved a motion to allocate $1,840 to the CSUN waterski and wakeboard team to attend the USA Waterski and Wakeboard Collegiate National Championship, at a meeting Tuesday in the Grand Salon.

Before the A.S. Senate could approve this, they had to discuss if the amount should be raised to meet some of the team’s needs.

The team had initially asked for $4,000 to help the team get to the tournament, then they reevaluated the costs and concluded they would need $3,000.

Some A.S. members didn’t think it was fair to give the waterski and wakeboard team extra money to cover things that other teams did not get covered.

“I don’t think it’s fair to cover food for one team and not another,” said William Ryder, a CSUN A.S. business and economics senator.  “If there is anything else we can do to increase funding, or things we can cover, I would be in support of that.”

Ryder went on to say that based off of the numbers he has seen, $3,000 doesn’t accurately cover what the team needs.

After a heated debate the team did not get the extra money they were hoping for after a vote of 7-11.

Even though the team did not get the extra money, they did end up getting $1,840 to help cover the cost of participating in the national championship and to help out with lodging.