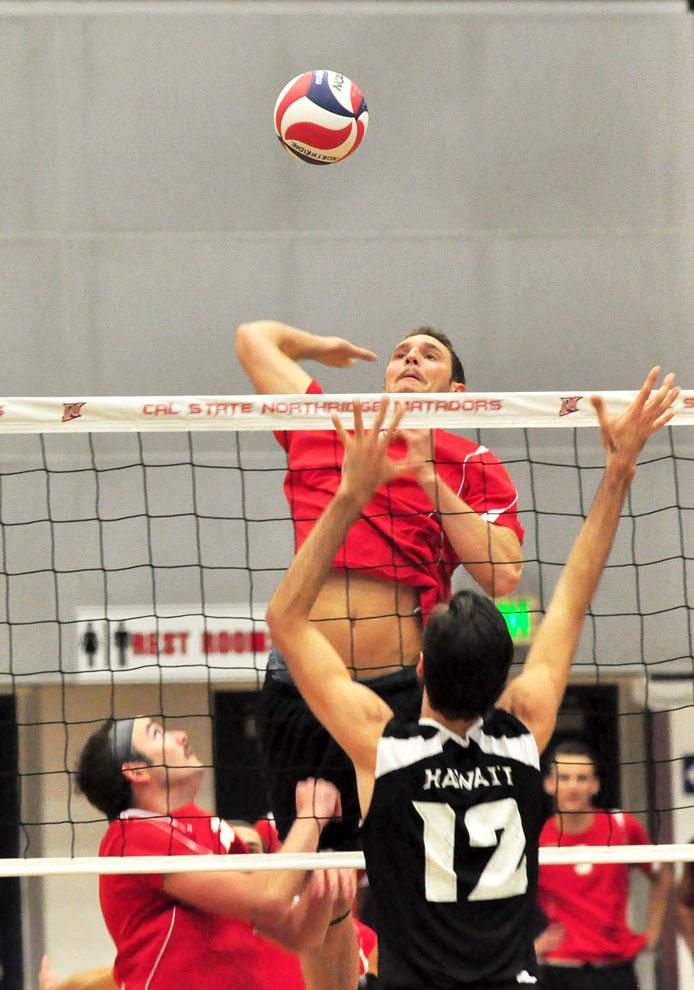 Northridge (10-13, 6-10 MPSF) only has six games remaining in the regular season. Four of them are on the road, beginning two at Brigham Young (18-5, 14-4). The first game will be played tonight. The rematch will be Friday night.

The No. 12 Matadors have built some momentum after its two wins over the now No. 14 Hawai’i. Led by sophomore outside hitter Brandon Lebrock and freshman Julius Hoefer, CSUN’s offense performed exceptionally well in both matches.

Hoefer was named MPSF player of the week on Monday for his 46 combined kills against Hawai’i in which he hit more than .300.

Lebrock, who was already carrying a heavy part of the offensive load when Hoefer fell suspect to an injury of his own earlier this season, has stepped up even more since an injury to senior outside hitter Matt Stork.

The dynamic duo of Lebrock and Hoefer combined for 76 kills in the two matches against the Warriors while the rest of the Matadors’ offense picked up at all the right moments.

In Friday’s matchup, junior middle blocker Drew Staker had seven kills and four block assists while CSUN hit .390 on the night. What was most impressive about the win was a first set in which the usually inconsistent Northridge offense hit an outlandish .571 to set the pace for the rest of the match.

The defensive presence of Moore helped slow the Hawai’i hitters while the usually timid Stevenson went off for five crucial kills in the closing frame. Stevenson had a combined 15 kills in the two matches and could provide an extra spark for the Matadors at BYU and in the playoffs.

The Cougars, ranked No. 4 in the country, have already secured a spot in this year’s playoffs. BYU was on a seven-game win streak before dropping its last match against Long Beach State, 3-2, Saturday.

Brigham Young is currently third in conference behind only UCLA and UC Irvine. The Cougars are led by seniors Robb Stowell and Futi Tavana and sophomore outside hitter Taylor Sander.

The three Cougars have each eclipsed the 200-kill mark this season with Stowell nearing kill No. 300 for the year.

For the Matadors, the offense has shown it can spread the ball and dominate its opponents, but all eyes will be on the CSUN defense for the remainder of the season.

Sophomore Charlie Condron has done well at libero gathering a team-leading 124 digs while senior Danny Rodrick has proven his worth since taking over as the starting setter and leads the Matadors with 412 assists.