Baseball: Matadors’ big third inning leads the way in win at No. 13 Fullerton 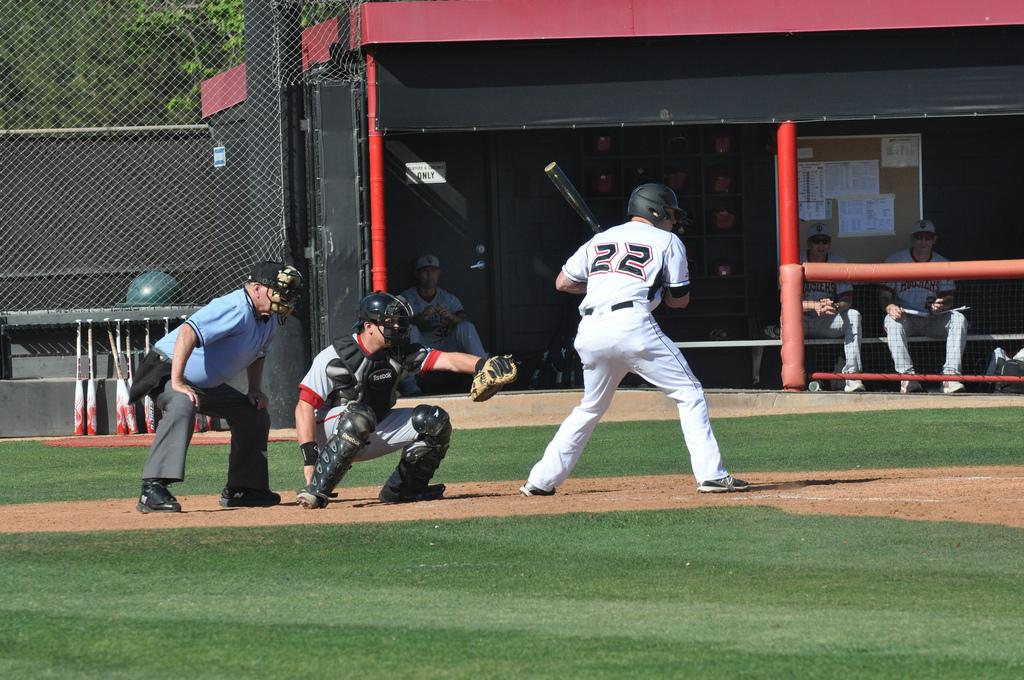 Miles William’s two-run homer in the third inning was the highlight of the afternoon for the Matadors, who salvaged the last game of a three-game series at Cal State Fullerton Sunday and beat the Titans 5-1.

Down 1-0, the Matadors’ big offensive inning started with Kyle Attl grounding out to second base. Third baseman Matthew Moreno singled to the left side of the field before Ryan Raslowsky grounded out to third to leave CSUN with only one out left while Moreno advanced to second.

But down to its last three strikes, CSUN made its move, starting with Cal Vogelsang singling to left field and getting to second on the throw. Moreno scored and tied the game at 1-1.

Designated hitter Adam Barry then doubled down the left field line, scoring Vogelsang and giving his team the lead. Williams came on subsequently and hit the ball out of the left side of the park to finish the inning as the Matadors led 4-1.

CSUN freshman Jerry Keel pitched a complete game, allowing nine hits and no runs after the first inning. The lefty struck out three and walked two for his second win of the year.

CSUN will take a one-game break from Big West play and face Loyola Marymount Tuesday at Matador Field at 3 p.m. After, the Matadors will head to Santa Barbara for a three-game set against the Gauchos starting Thursday.