Baseball: Matadors’ offense quiet in all but one inning as LMU gets 10-6 win 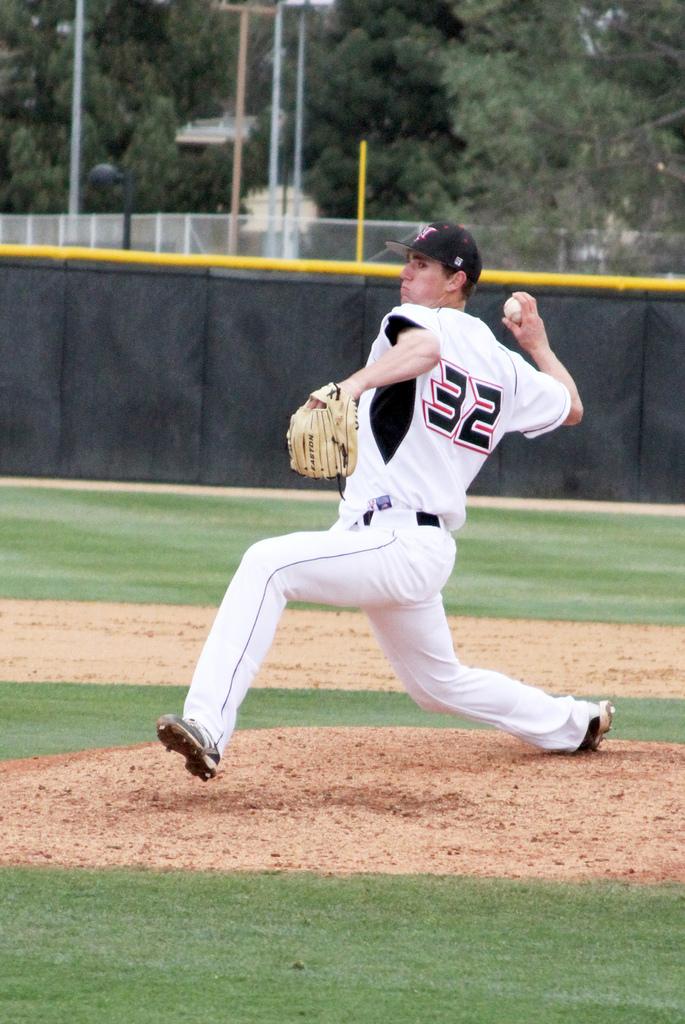 Home for the first time in more than two weeks, the Matadors gave their crowd one exciting sixth inning, but not much else in a 10-6 non-conference loss to Loyola Marymount Tuesday afternoon at Matador Field.

It was ugly for CSUN from the very beginning and for most of the afternoon. Hosting a game for the first time since a 10-8 loss to Rhode Island on March 14, the Matadors (12-16) fell behind 5-0 in the first inning as the Lions (12-12) put up four hits on CSUN starting pitcher Brandon Warner.

Helping LMU’s cause, the Matadors also had two fielding errors in the inning.

Warner would give up three more hits over the next two innings before being relieved by Harley Holt. Holt kept the Lions in check, only giving up a hit in 3.0 innings before Louis Cohen came in to pitch in his place to start the sixth.

It was then when things got even uglier for the Matadors. Cohen started the sixth by hitting LMU’s Joey Boney, advancing him to first base. Boney then got to second on a sac bunt and later stole third.

Cullen Mahoney was intentionally walked, loading the bases. Cohen got another out, but LMU shortstop Scott Harkin singled to center field to score Fujimoto and Lowenstein and put his team up 8-0 before the last out of the inning.

It wasn’t until then that the Matadors responded offensively and scored all of their six runs. Up till that moment, CSUN had only managed two hits, but it put four alone in the sixth and forced two pitching changes by LMU in it.

Adam Barry had an RBI single for the first CSUN run of the game. Moments later, Barry himself was brought home – cutting LMU’s lead to 8-3 – thanks to a single from center fielder Nate Ring that loaded the bases with only one out.

Lion pitcher Brandon Horth relieved Matt Florer then, but his stint was brief. After walking in two runs, Horth was benched in favor of Ryan Hawthorne. Hawthorne allowed an extra run but left two Matadors stranded to end the inning.

The Matadors’ offensive explosion to cut the deficit to 8-6 was a one-and-done instance. CSUN only mustered one more hit over the final three innings and LMU added two insurance runs in the top of the ninth to seal the win.

Hawthorne pitched 2.2 innings to earn his first win of the year. LMU had 14 hits on the day to the Matadors’ seven. Fujimoto, Boney and Harkin all had three hits.

Barry had two hits and an RBI to lead the Matadors, who get back to Big West Conference play Thursday at UC Santa Barbara.