Softball: Extra innings not kind to Matadors as Aggies down them twice in doubleheader 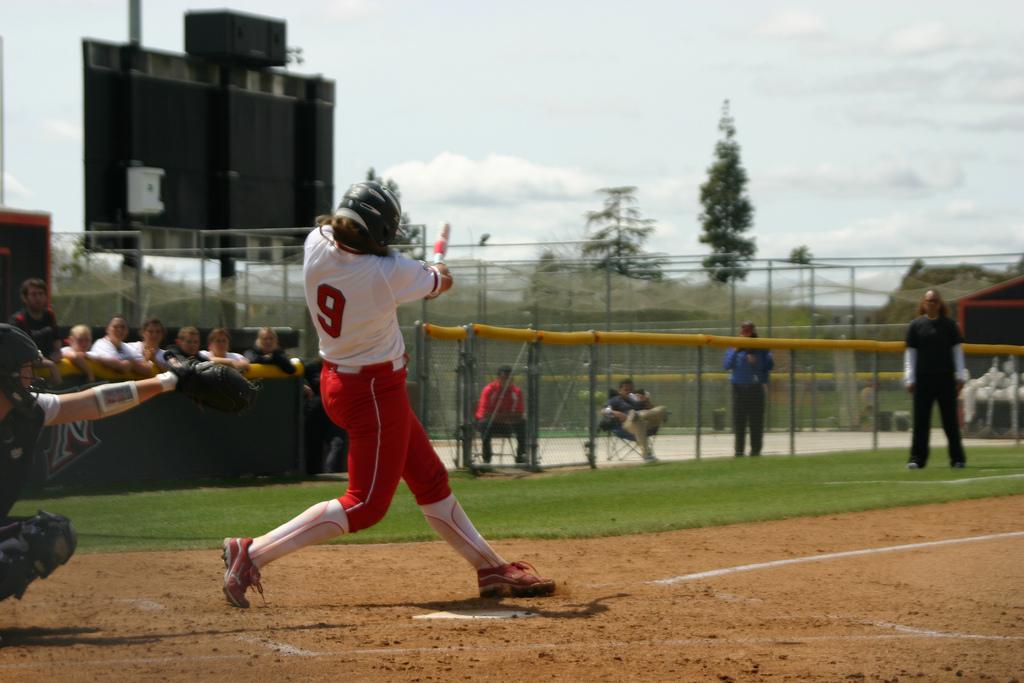 In a long afternoon of softball at Matador Diamond, the Matadors (7-23, 2-3 Big West) came up short twice in extra innings against UC Davis, assuring themselves a loss for the three-game series against Aggies this weekend.

In what was already slated to be a lengthy Friday with a doubleheader against UCD starting a five-game weekend homestand for CSUN, Matadors and Aggies went scoreless through seven innings in both games.

Pitcher Mia Pagano started in Game 1 for CSUN and had a complete game, only allowing four hits – same as her Aggie counterpart, Justine Vela. But two of those hits came in the eighth inning.

First, Aggie Chandler Wagner singled up the middle. Then, left fielder JJ Wagoner tripled, scoring Wagner for the first run of the day.

Vela retired the first two Matadors in the bottom of the eighth, but she proceeded to walk the next three batters to load the bases. Unfortunately for CSUN, third baseman Alyssa Ray fouled a ball up and Davis catcher Allison Smith grabbed it to finish the game with a 1-0 win.

It was another offensive struggle in Game 2, with CSUN only mustering three hits to the Aggies’ four for the game.

But UC Davis’s offense woke up in the eighth inning again. All but one of their hits came in it. With the bases loaded, Kelly Harman singled to the shortstop and scored Wagoner and Heather Zimmerman for the winning runs.

The Matadors, who got a complete game from pitcher Brianna Elder (six strikeouts), had no answer after that. Aggie pitcher Jessica Thweatt struck out the last three CSUN batters and brought her strikeout total to 10 for the afternoon to end the game.

CSUN, which won a road series at Pacific 2-1 last weekend, will finish the series against the Aggies Saturday at noon. The following day, the Matadors will play a non-conference doubleheader vs. New Mexico.