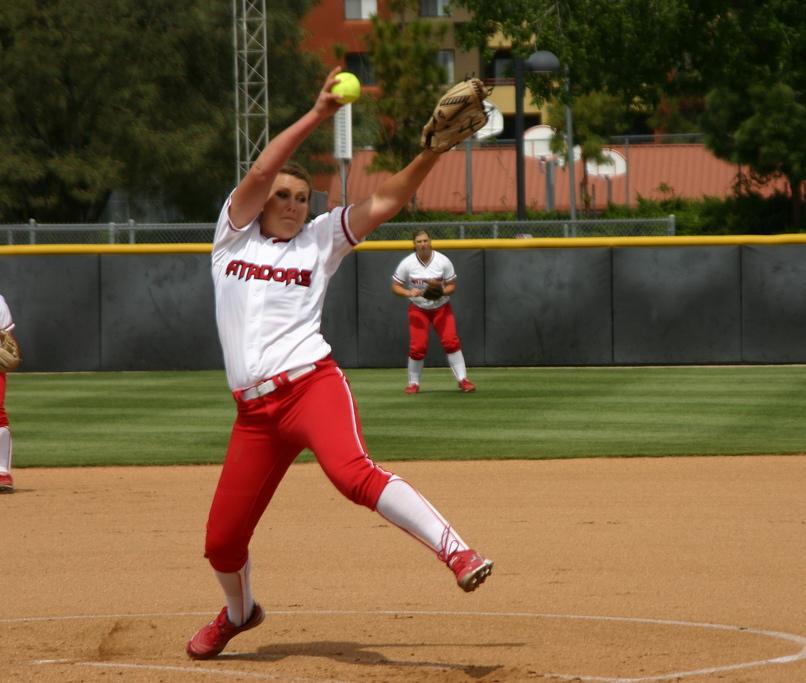 After going through two extra-inning games in which they went scoreless through the first seven innings, the Aggies came out swinging during Saturday’s series finale and led from start to end in a 3-0 win over CSUN at Matador Diamond.

The Matadors (7-27, 2-4 Big West), who lost all momentum they’d gotten from a road series win at Pacific last week, were downed by UC Davis twice Friday in a doubleheader. Both games went intro extra innings as neither team could muster a winning run through seven.

The Aggies didn’t wait nearly as much to get on the scoreboard in the third game of the series. Outfielder Megan Guzman led off with a single in the first inning and was scored moments later off an RBI from Amy Nunez.

The Matadors gave up another run in the frame after right fielder Madeline Sale committed a fielding error. Aggie infielder Kelly Harman scored the unearned run for a 2-0 lead.

CSUN couldn’t answer in the bottom frame nor in any other inning as Davis pitcher Justine Vela played an impeccable complete game, only giving up one hit while striking out 14 Matadors.

It was an exclamation-mark defensive victory for the Aggies while it was another head-scratching offensive performance for the Matadors, who recorded their only hit of the day in the fifth inning off an Alyssa Ray single.

CSUN was shut out in all three games and only mustered eight hits for the series. The Matadors have only put up 58 runs in 34 games in 2012 while giving up 142.

Pitcher Brianna Elder started on the mound for CSUN and went three innings, allowing four hits and two runs. Mia Pagano finished the last four innings and gave up one hit and one run – in the sixth.

The highlight of the day for CSUN was Pagano striking out three consecutive Aggies with the bases loaded and no outs in the top of the fourth.

The Matadors will close the weekend with a non-conference doubleheader against New Mexico Sunday at Matador Diamond. Game 1 will start at 11 a.m. and Game 2 will begin at 1 p.m.