Coffee consumption on the rise 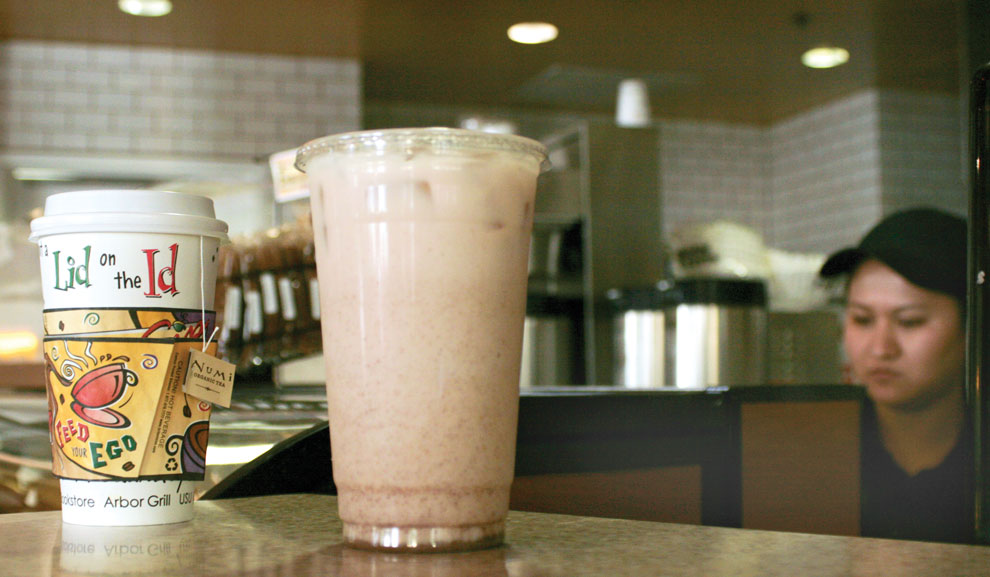 Students drink a lot of coffee and tea in the mornings trying to make up for sleepless nights. Photo credit: Farah Yacoub / Daily Sundial

Despite the latest couponing and budgeting trends in loo of the recession, young Americans are not pinching pennies when it comes to the food group essentials—coffee and sandwiches.

Americans between the ages of 18-34 spend more than $1,000 a year on cups of coffee and nearly $2,000 a year on lunches. This amount rivals the annual $1,476 an average American spends on gasoline, according to a recent Consumerist survey.

CSUN junior Brianna Hernandez said after she switches off the final snooze alarm on her phone and drowsily teeters out of bed, the only thing on her mind is coffee.

“I’m such a zombie without my coffee,” said the urban studies and planning major. “I’m trying to cut back, but I need my morning fix.”

Hernandez, 21, is one of many young people spending over $20 a week on cups of Joe.

According to the Consumerist, those between the ages of 18-34 are surpassing their older cohorts in coffee consumption and spending. The average 20-year-old spends $10 more on coffee than a typical 45-year-old consumer.

“I wouldn’t call myself an excessive coffee drinker,” said psychology major, Anna Gavin, 24. “But with work, tests and late nights doing homework, sometimes you just need a cup of coffee.”

CSUN professor of chicano studies, Mary Pardo, who is in her 50s, also consumes coffee on a weekly basis.

Pardo said her morning ritual costs her about $10-15 a week. “I probably shouldn’t spend as much as I do [on coffee], but sometimes it just happens.”

Familiar to all CSUN students and staff is Freudian Sip, the on-campus coffeehouse iconicized by the zany swirl-eyed caricature of Sigmund Freud.

USU Freudian Sip manager Vilma Flores said her branch makes about $1,800-2,000 a day, which indicates students and staff are willing to splurge on coffee.

“Business is good,” Flores said. “Students really like their coffee, so every day is a busy day.”

The average 18-34 year old also spends about $44.78 on lunch throughout the week. Purchased lunches for those over 34 spend an average of $31.80 a week, according to the survey.

“I’m guilty of that too,” Hernandez said. “Especially when it comes to buying food on campus. I’m here all the time and it’s easier to buy something than pack a lunch.”

Popular on-campus eateries include Subway and the Pub Sports Grill, both of which make about $3,000-5,000 a day, according to Pub manager Tim Killops and Subway cashier, Ruben Coca.

Even campus convenient stores like the Mercantile Exchange bring in a daily $3,500.

“We sell chips, drinks, candy…you name it, we got it,” said John Balukura, supervisor of the USU Mercantile Exchange. “Students are busy with school so it’s convenient for them to come in for quick snacks for low prices.”

But not all students think too kindly of campus dining.

CTVA major Nick Hosford, 20, said he’s more of an “eat and drink at home kind of a guy.”

“I’m poor, I can’t be buying expensive coffee and food every day. I mean seriously, 90 cents for one donut? Ridiculous.”

“Sometimes I just need a break from being on campus,” Pardo said. “So I don’t normally stick around during lunch or buy food here.”

But with 66 percent of Americans sleeping in rather than preparing their own coffee and lunches, and with social pressures to dine with classmates and coworkers looming, the Consumerist predicts that money spent on food and drinks will continue to soar.