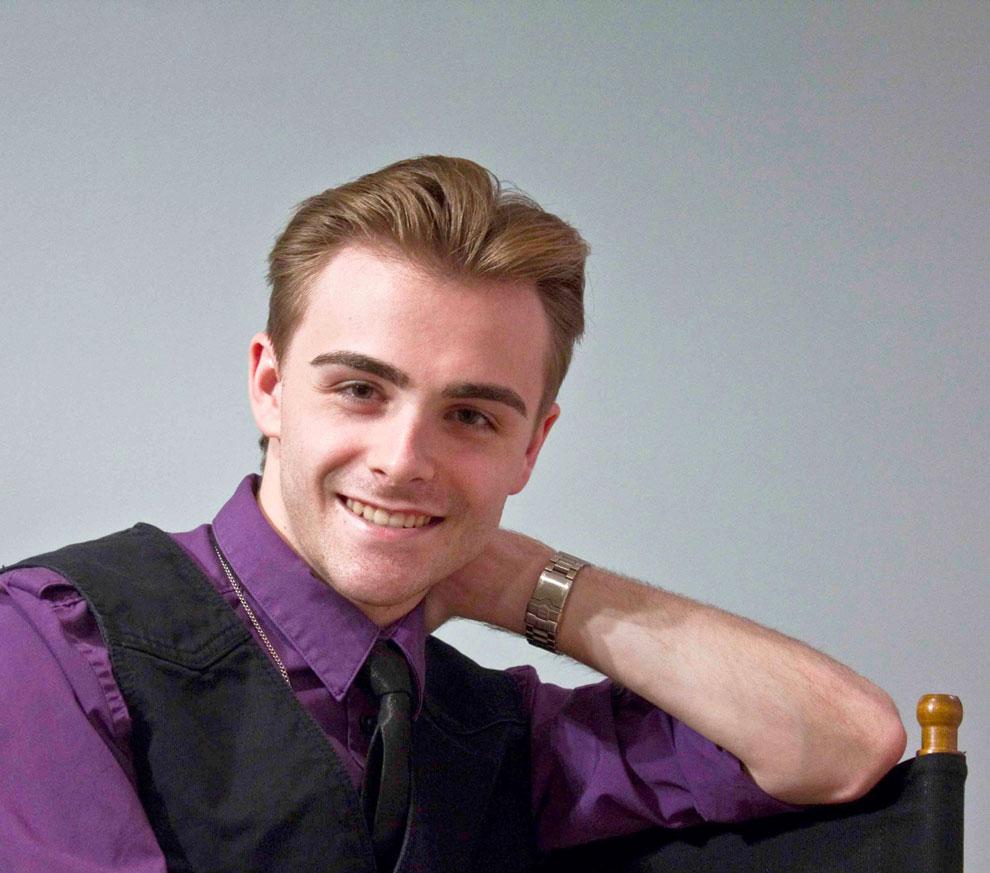 Ty Halen, 19 is a sophomore and the current president of CSUN Young Democrats. He has worked throughout much of his life on LGBT rights and issues. Photo courtesy of Daniel Corral

“If you’re trying to get into politics, don’t try to get involved to promote yourself because you’ll only be uncomfortable and make everyone else uncomfortable in the meanwhile. It is more important that you find a passion and go with that instead.”

This is the advice that current CSUN Young Democrats President Ty Halen would give to other students who seek to go into politics as a career option.

Halen, 19, a sophomore and political science major, first began getting involved in politics during the 2008 Proposition 8 campaign. Prop 8 was the law that banned gay marriage in California in 2008, a decision that was overturned in early February by the state Supreme Court when an appeal by Prop 8 backers was denied.

Halen was on the “No on 8” side of the campaign, and much of his life and work is dedicated to fighting for gay rights.

In the wake of the results of Prop 8 in 2008 when gay marriage was banned, Halen became much more politically involved even though he was still in high school.

“I was surprised by how many of our political ‘allies’ simply backed away and did little to nothing to overturn Prop 8,” said Halen in a phone interview. “Since the politicians were not doing their jobs, I felt I had to step in and do their job for them.”

Halen works in tandem Democratic Party of the San Fernando Valley. He also serves as a delegate of the 46th Assembly District. He was named to that position after interning last January and February for West Hollywood City Councilmember Lindsay Horvath.

Halen, who is openly gay, is not surprised that progress is slow when it comes to gay rights in America.  “I sometimes worry that too many in the (LGBT) community are very apathetic about politics and as a result, very little changes.”

Even in the wake of the fallout from Prop 8, Halen sees political apathy as a problem.

“Although the new ruling is a great first step in the right direction, I worry that we might become complacent. Prop 8 since being overturned isn’t really on anyone’s radar. So it won’t have any play on a political level,” he said. “I would have liked to see a ballot initiative to re-instate marriage so we wouldn’t have to wait, so that we could have marriage here in California and possibly on a national level if it goes to the Supreme Court. It will go before them and if justice is blind, they will rule in our favor. But considering the conservative nature of the court, it’s not a gaurantee that they will rule in our favor.”

The apathy he sees can also be applied to things as simple as shopping.

“The LGBT community is one of the largest trending markets and although most people really don’t care where they shop, it’s worrisome when major big-box stores like Target and Best Buy are actively giving money to anti-LGBT organizations and campaigns that will stop at nothing to limit our rights or take away the ones we already have.”

According to Halen, many people in the community are aware of these actions. “And yet we continue to shop there all the time,” he said.

Halen says he hopes to become president one day but for right now he is taking it one step at a time.

Aside from his political life, Halen says he isn’t that much different from other college students. “I’m really just an ordinary college student who is passionate about making a difference,” said Halen. “In the end it is important that you don’t make a road map for your career but really find your passion and let that take you to where you want to go in life.”