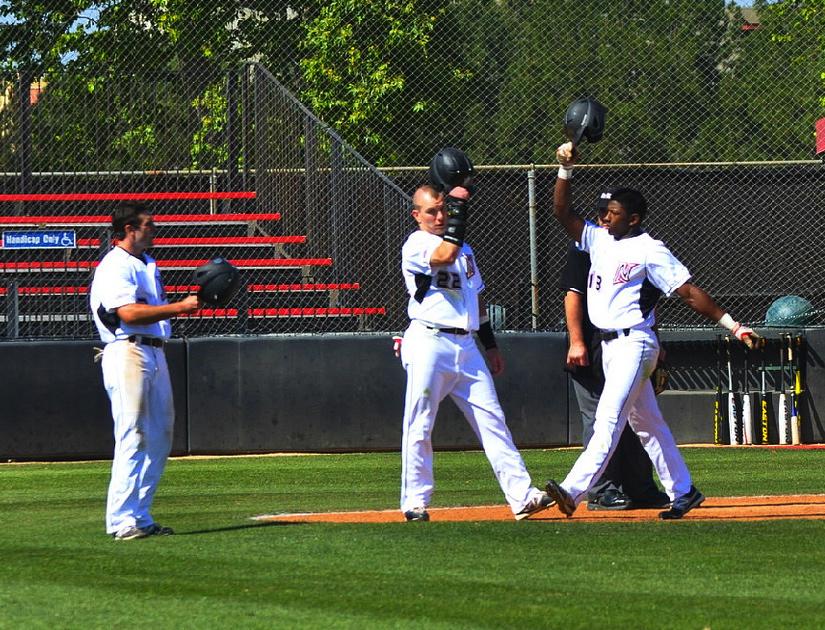 A three-run blast by sophomore Miles Williams gave CSUN an early lead but it took a botched grounder by Roadrunner shortstop Tyler Shryock to earn the Matadors a 4-3 non-conference win over Cal State Bakerfield Tuesday afternoon at Matador Field.

Williams blasted the first pitch of his first-inning at-bat over the left-field wall to put the Matadors up 3-0, but the Roadrunners slowly chipped away at the lead and eventually tied the game in the ninth with a pair of doubles.

Down to its last out in the bottom inning, CSUN got the winning run after freshman Ryan Raslowsky’s grounder to short was bobbled and then thrown awry as pinch runner Chester Pak reached home safely.

Transfer junior Cal Vogelsang led the CSUN offense with three hits on the day while catcher Marty Bowen added two of his own.

Northridge’s pitchers gave up 12 hits on the day but held on to the lead when it counted most.

CSUN’s starting pitcher Justen Gorski struggled to find the plate in the first and found himself in a bases-loaded situation with one out after walking a pair and allowing a single. The senior forced the next two batters into long fly-outs and escaped the jam without giving up a run.

Northridge answered back with singles from Vogelsang and Adam Barry in the bottom half of the first. Williams followed with his homer, clearing the bases and putting CSUN up 3-0.

The Roadrunners cut the lead to 3-1 off a first-pitch solo shot over the right-field fence by Kevin Younger in the second.

In the third CSU Bakersfield had a man in scoring position but was denied a run after a single to left ended with a Barry toss to home, chopping down the base runner to end the inning.

CSUN reliever Brandon Warner allowed runners on at second and third with no outs in the fifth and a groundout by Bakersfield second baseman Oscar Sanay was enough to bring Jordie Hein home to cut the Roadrunners’ deficit to 3-2.

The Roadrunners put a man on with a one-out single in the eighth and added another base runner after relief pitcher Harley Holt hit Bakersfield catcher Frank Martinez, prompting warnings to both dugouts from the umpire. Another walk loaded the bases with one out, bringing in redshirt freshman Louis Cohen for an attempt at the save.

A line drive to Raslowsky at second turned into a 3-6 double play after ‘Runner Kyle Desimone was caught leaning towards third on the shot.

The Roadrunners weren’t ready to give up and mustered a two-out rally in the ninth to even the score at 3-3. A double to left center followed by another double to left was all it took to blow the save for Cohen.

Barry opened the bottom of the ninth with a double and shortstop Kyle Attl followed with a single. Livingston flied out and pinch hitter Todd Eskilin struck out, leaving it up to Raslowsky to decide the game.

Raslowsky hit a chopper to shortstop and Attl provided a screen as he ran to third. Shryock mishandled the hop and his weak throw was mishandled by first baseman Cael Brockmeyer as Pak ran in the winning run.