Weekly Column: Kobe’s rest-case scenario: With playoffs looming on the horizon, Lakers better off being cautious with Bryant and resting him 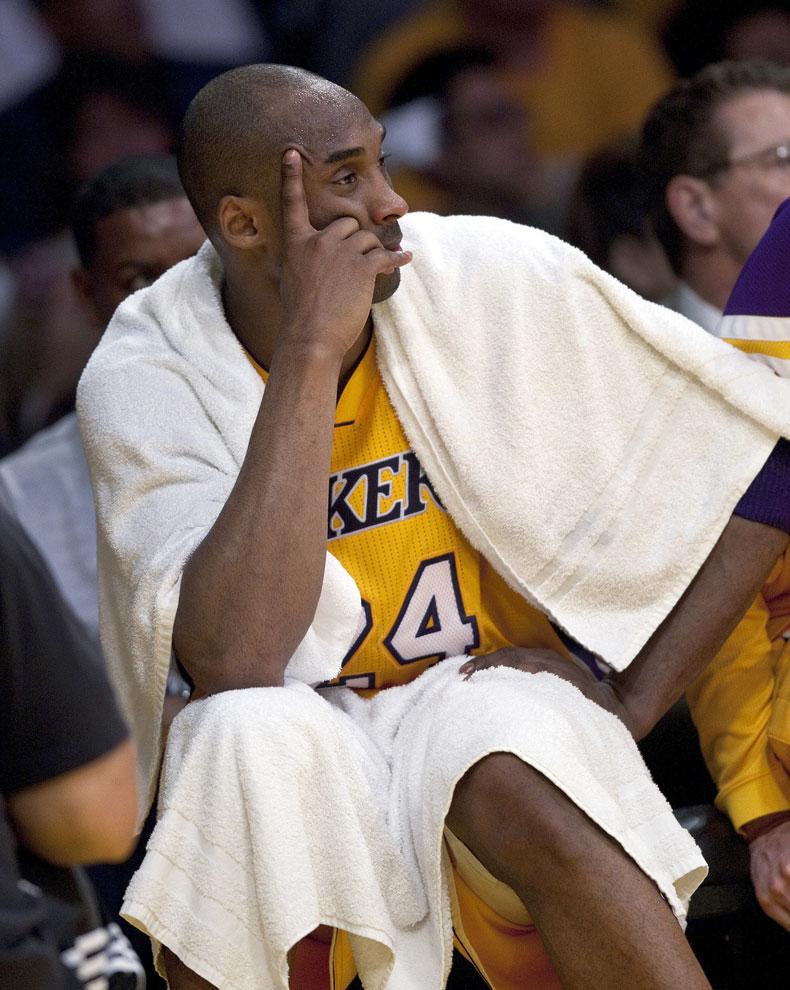 Lakers guard Kobe Bryant sits on the bench during a game against the Hornets at Staples Center on March 31. Bryant is slated to miss a third consecutive game tonight at San Antonio as he continues to recover from a bruised shin injury. If the Lakers want to make a deep postseason run, Bryant should get a few more nights off before the playoffs start. Courtesy of MCT

There’s a reason the Spurs’ Gregg Popovich is hailed as one of the greatest coaches of all time. Not only does he have four championship rings under his belt, but he’s also grinding out winning seasons with an injury-prone team that has little star power.

But the most important aspect of his coaching is his strategy heading into the playoffs. Popovich is known for resting his best players at the end of every season. From old-timers like Tim Duncan and Manu Ginobili to the younger Tony Parker, an MVP candidate, Pop benches his top-scorers occasionally to ensure a prosperous playoffs run.

Pop’s tactic is great and every contending team should adhere to it. Not just for the players and the team, but for the fans as well. Not only does it give teams a better chance at winning because their players will be fresher and healthier, the fans will be treated to better basketball games in the postseason.

In the past, other coaches generally neglected this strategy, probably because they wanted to attain the highest playoff seed possible or keep their players’ egos intact, but recently, many coaches have implemented Pop’s tried and true system.

For example, about a month ago, Dirk Nowitzki took four games off for no reason other than to rest, and right now, Lakers superstar guard Kobe Bryant is about to take his third game in a row off to heal up a minor shin injury – and that’s a great thing. Actually, Bryant should take the rest of the season off.

The Lakers are in danger of dropping down from the third seed in the Western Conference, so some people see this move as a mistake. The team directly behind them, the Clippers, are surging and are only one and a half games behind. Without Bryant in the lineup, the Lakers are 1-1 as they got blown out by the Phoenix Suns and had to mount a comeback victory against the lowly New Orleans Hornets.

Obviously, Bryant is an important part of the Lakers. He leads the league in points per game, but his health is much more crucial to the Lakers’ championship aspirations than securing the third seed. Even though dropping to the fourth seed would probably result in playing the Oklahoma City Thunder in the second round, the Lakers may not even get that far if Bryant isn’t healthy.

The Lakers upcoming schedule, which has them playing the Thunder, Mavericks and Denver once apiece along with playing the Spurs thrice (two of the games in San Antonio), isn’t exactly favorable, but keeping Bryant out until the playoffs is a good idea, no matter what seed the Lakers wind up being.

Also, although the Western Conference is in a tight race, there’s no real danger of the Lakers falling past the fifth seed. The injured Rockets and Mavericks teams aren’t exactly threats to go on large winning streaks to surpass the Lakers. Besides, Pau Gasol and Andrew Bynum can hold the fort both offensively and defensively while Kobe gets back to full power.

If Mike Brown wants to make a serious postseason run, he should sit Bryant until the playoffs start or play him sporadically over the last eight games of the season. That would maximize the Lakers’ chances to go on a championship run.