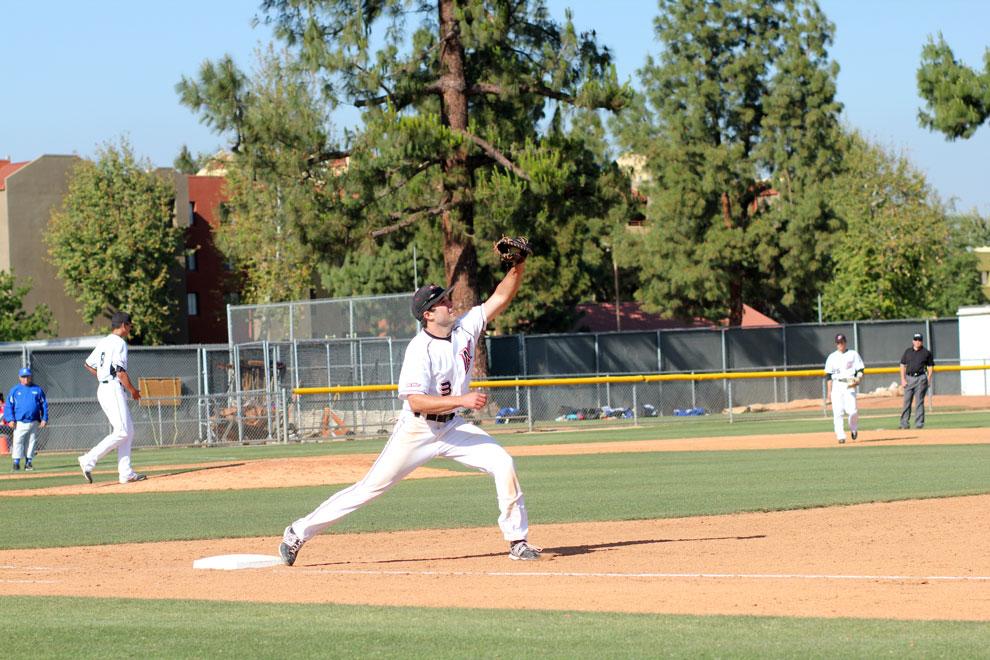 The Matadors (14-18, 2-4 Big West) head into their Big West Conference home opener Friday against No. 27 Cal Poly (20-11, 4-2) with some momentum after a thrilling 4-3 win over CSU Bakersfield Tuesday afternoon in non-conference play.

The walk-off victory displayed the scrappiness of the CSUN offense after the bullpen uncharacteristically gave up the lead in the ninth, leaving questions for Northridge to answer heading into the weekend series against Cal Poly.

The Mustangs come into the series after falling to UC Santa Barbara, 6-5, in a non-conference matchup Tuesday. Prior to the loss, Cal Poly used their bats and solid pitching to sweep Big West foe UC Irvine.

Junior Joey Wagman and senior Kyle Anderson have led the Mustang pitchers this year and both have five wins under their belt. Both players have ERAs of just above 2.00, and have combined to strike out 77 batters.

Senior Mike Miller leads the Mustang offense with a .362 batting average, but junior Mitch Haniger has been swinging the bat extremely well for Cal Poly. The outfielder has gone yard six times this year and is hitting .302 with 33 RBI.

On the CSUN side, the Matadors will have their two best pitchers going, junior Alex Muren and freshman Jerry Keel.

Muren and Keel will both be making starts against Cal Poly and have been able to pitch deep into games so far this year. Muren has thrown two complete games and has logged 54 1/3 innings in eight starts while Keel has a complete game of his own. Keel’s ERA continues to hover at 1.68 but the bullpen will have to provide the support against the Mustangs.

Usually dependable freshman closer Louis Cohen failed to convert the five-out save after escaping a two-out, two-on situation in the eighth against CSU Bakersfield. The redshirt has pitched in 17 games this year with a 3.21 ERA and had tallied three saves for CSUN before blowing the save on Tuesday.

Sophomore Harley Holt and the Northridge bullpen have seen successes in the later innings so far in Big West play, but all eyes will be on CSUN’s third starter.

Each will have to be ready to knock in some runs when their time comes since so far in Big West play the offense hasn’t been able to provide much run support for the pitching staff.

Since the beginning of conference play, Ring and freshman Ryan Raslowsky are the only regulars hitting above .300.