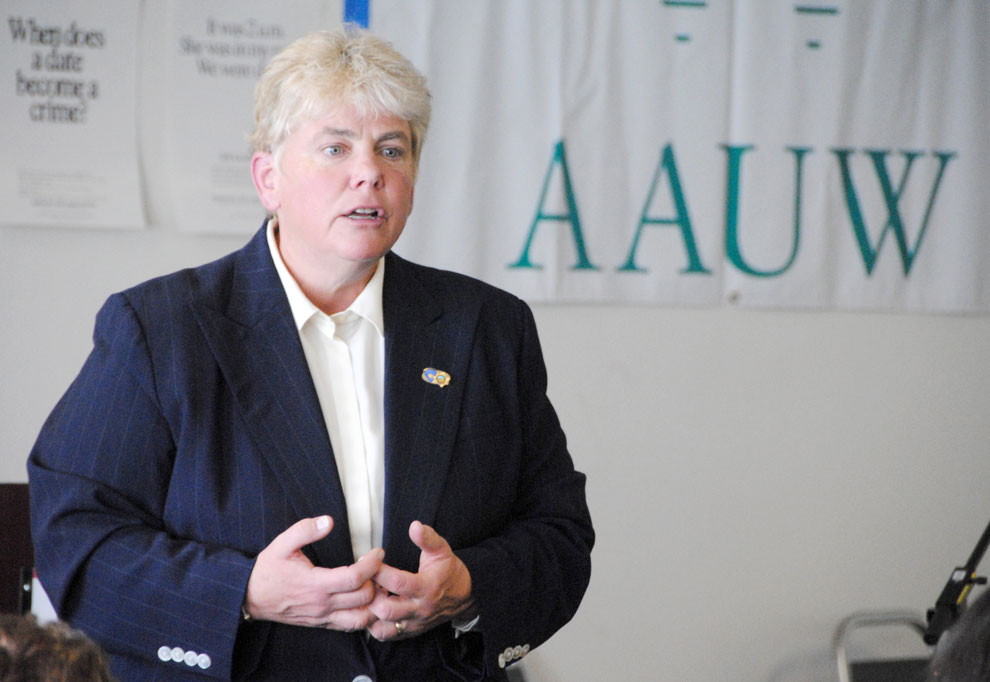 Sexual assault is grossly under reported here at CSUN. Only 12 percent of college rape victims report to police although statistics also show that 20 percent of women and 6 percent of men will be sexually assaulted while in college.

This is according to a 2007 study referenced by campus Police Chief Ann Glavin during a lecture about sexual assaults on campus, Wednesday.

The most common form of sexual assault on college campuses is acquaintance rape, or when there is some level of familiarity between the perpetrator and the victim, Glavin said.

“That is one of the biggest challenges and common things that we have to deal with,” Glavin said.

“We know that in large part the reluctance to report is rooted in social norms that do tolerate sexual aggression and tend to assign the blame to victims rather than perpetrator…that is true today and was true 30 years ago” Glavin said.

According to Glavin, in June 2009, the CSUN campus plan to address sexual assault introduced a zero tolerance policy for sexual assault. The policy is that CSUN does not tolerate sexual assault in any form, and all allegations will be taken seriously and the university will pursue criminal charges and strong  disciplinary  actions.

CSUN students also have immediate access to a rape crisis advocate, public information officer Christina Villalobos, who provides emotional support and facilitates communication between the police, medical personnel, and the victim throughout the process of the investigation.

“My role is not to tell them what to say but to encourage them to talk to the officer and give them those details that are very crucial  to the report and to make it as easy as possible, they may not have the support of a friend or family member…we do this in a soft interview room, it’s very inviting” Villalobos said.

Villalobos does not report the information  to officers, but simply informs the victim of the various options.

According to Glavin, campus police will meet with you privately at a campus location and time of your choice to take your report.

“We will treat you and your situation with courtesy, sensitivity, dignity, understanding, and professionalism, and we have a female officer available upon request whenever possible. Our police officers will not pre-judge you, and you will not be blamed for what occurred…you are not obligated for prosecution of your assailant simply because you reported the crime to the university police,” Glavin reports from a poster displayed in the campus police station.

Glavin said that laws are changing and becoming more victim-friendly, and she wanted to be apart of that change. She hopes the students understand all that campus police do to lower the threshold on reporting.

“You are not obligated to the criminal justice system just because you came and talked to us,” she reiterated.