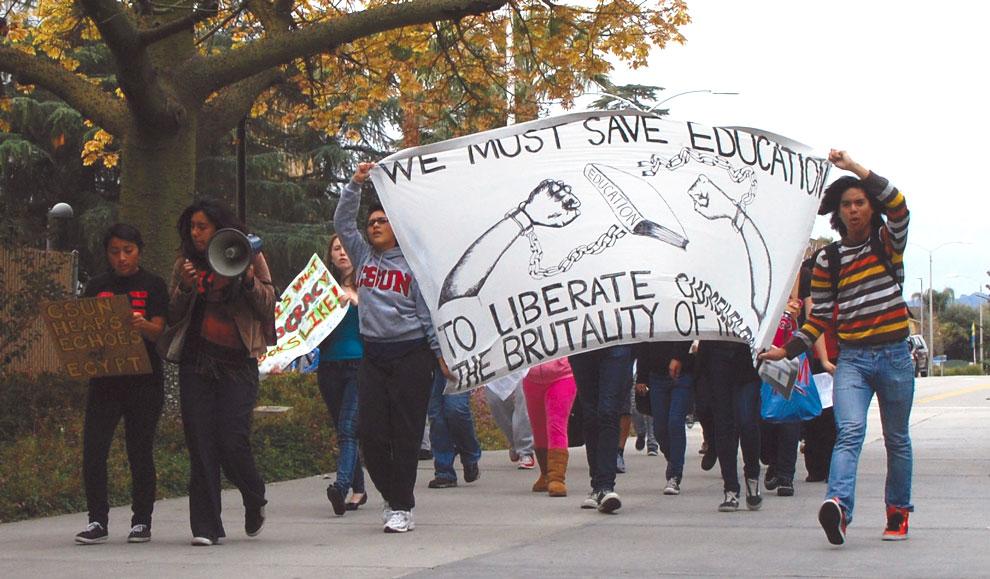 In March, the group Fix UC announced they are in the process of changing their tuition deferment proposal to make it compatible with the CSU system.

The first step to do this was to understand the difference in the funding systems of the UC and CSU, according to Chris LoCascio, president of Fix UC.

“We understand that the CSU has an entirely different funding model than the UC and thus have to tailor the concepts outlined in the Fix UC proposal to comply with the CSU and its own financial structure,” LoCascio said.

LoCascio noted some things to take into account when doing this are tuition costs, student populations, income levels of graduates and financial aid.
He added the same research has already been conducted with the UC proposal, making the first step in the plan already complete.

“The majority of our work now is on research and reconciling our findings with our conceptual goals,” LoCascio said, “From there, we begin our extensive consultation process to get input from CSU students, faculty and administration.”

Dr. Henrik Minassians, director of public sector programs for CSUN, noted that there were several problems with the original plan. Most notably was the fact that there would be no way to collect the money.

The amended proposal addresses that issue by creating a federal collection office, which Fix UC sees as a department of the IRS.

“Using the collection resources available to the IRS, American universities who choose to adopt funding models can use this department to maintain collection of their graduates out-of-state and abroad,” LoCascio said.

Initially, there was no minimum or maximum annual income, which Minassians said might discourage people from working harder.

“Because the amount is not, fixed it increases as you earn more,” Minassians said.

Fix UC’s new model focuses on a minimum annual income of $30,000 and a maximum of $200,000, according to LoCascio, as a way to maximize affordability.

“Graduates making less than $30,000 would not contribute until their income surpasses that threshold,” LoCascio said. “At the other end of the spectrum, contributions would be capped at $200,000 annually.”

“What I might be paying over the long term (20 years) could be significantly higher than the current rate of tuition,” Buller-Ulm said. “Making a 20-year commitment to hand over 5 percent of my salary is not appealing to me—that is too long to have that cloud looming over my head.”

Regardless of the thresholds, Minassians does not believe this plan will work because changes will need to be made. Currently, students are only paying a fraction of tuition and taxpayers are paying the rest.

“This proposal wants the best of both worlds. First, continue subsidizing our tuition; and second, pay in the future without any interest on it,” Minassians said. “The issue with this is that if this applies to UC students, the dollars they pay go back into state Cal-grants account, which allows CSU and community college students to get more aid.”

LoCascio and Fix UC were anticipating troubles in preparing the proposal for the CSU and said that finding the so-called “sweet spot” would be the biggest challenge.

“We had to determine the right percentage that would be affordable for grads, but would also generate enough revenue to fund the university as well as provide for a timely and efficient transition,” he said.

Fix UC has plans to consult with CSU students, faculty and administrators before taking their proposal to the CSU’s chancellor and board of trustees. Although they have no specific individuals in mind at the moment, they intend to have a wide variety of people to determine what will be best.

“Fix CSU will be for CSU, so we want to make sure the CSU community has a role in the developmental process,” LoCascio said. “At the end of the day, we want what’s best for public higher education in California and we can’t achieve that without teamwork.”