Baseball: Matadors head to Westwood and seek redemption against UCLA 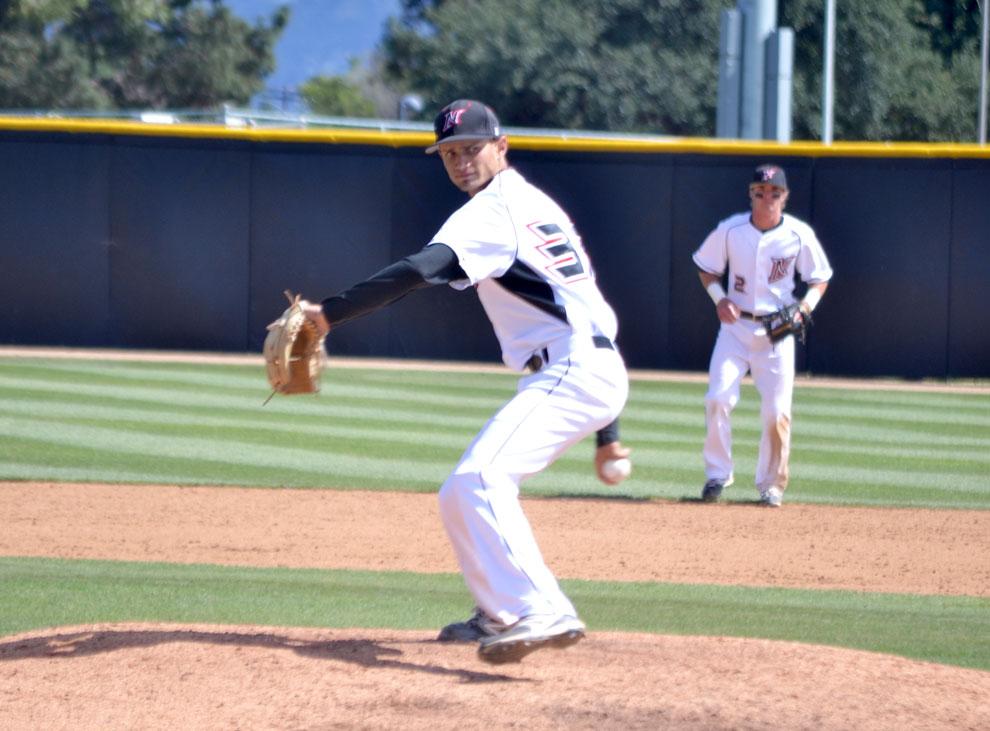 CSUN pitcher Louis Cohen looks for a strike against Cal Poly Saturday at Matador Field. Cohen and the Matadors will head to Westwood today for a non-conference showdown against UCLA at Jackie Robinson Stadium. Photo Credit: John Saringo-Rodriguez / Contributor

The Matadors may have gotten a confidence boost coming out of their Big West Conference series win over No. 27 Cal Poly, and they could sure use it when they face familiar foe, No. 11 UCLA today.

The two combined for six RBI and three home runs against the Matadors in their first meeting.

Heineman leads the Bruins with a .432 batting average and has started all 32 games for UCLA while Gelalich has homered six times, accounting for nearly all of the Bruins’ dingers in 2012.

Senior Todd Eskilin homered against the Bruins the first time around and could provide more offense for Northridge in today’s game.

CSUN’s offense did well at the plate over the weekend, outscoring the Cal Poly offense 18-9 to take two out of three meetings.

In the opener against the Mustangs, freshman Ryan Raslowsky tallied three of the Matadors’ 12 hits and had two RBI including a game-winning chopper over the Cal Poly third baseman in the eleventh.

Freshman Jerry Keel and junior Alex Muren had their worst outings as of late against the Mustangs. but still kept the Matadors within striking distance throughout the series.

Against the Mustangs, the Matadors had 31 hits, with 25 of those coming during the two wins. Northridge struggled to keep the Cal Poly offense in check and had to beat them at their own game to take the series. Cal Poly had 36 hits in the three games.

Certain members of CSUN’s pitching staff will surely be looking at another chance at facing the bats of the Bruin offense this time around.

Freshman Jordan Johnson was roughed up for nine runs against UCLA in his first career outing as a Matador. Johnson didn’t even last an inning in the meeting, but has since only given up two runs in six innings of work.

The matchup with the nationally-ranked Bruins will give CSUN a preview of what to look for as Big West play continues into the tougher sections of the Matadors’ remaining schedule.

After the game against the Bruins, the Matadors will take a weeklong break. They won’t play again until they host Cal State Bakersfield next Tuesday.

CSUN has already beaten the Roadrunners once this season, 4-3, on April 10.

The Matadors will resume conference play on Friday, April 27 when they host Long Beach State in the first of three games against the Dirtbags.