CSUN to get Metro bus station 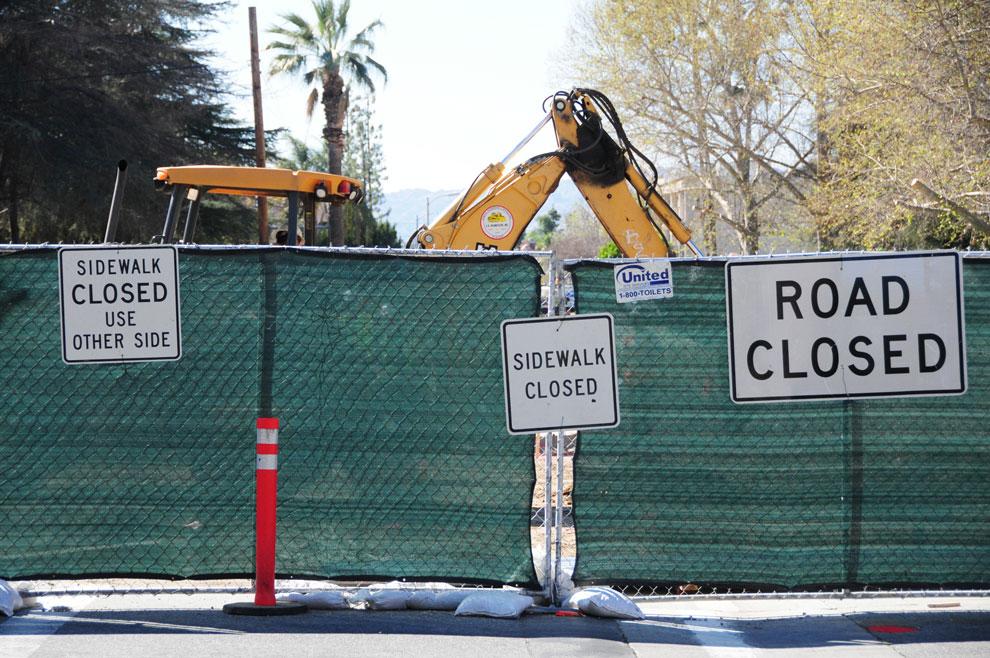 Located behind a closed off sidewalk on Etiwanda Avenue, is one of several construction sites on campus. Mariela Molina / Photo Editor

The commute to school may soon be a little easier. A Metro bus transit center at CSUN will open this June, allowing students to be conveniently dropped off directly onto campus.

Two bus lines, the 167 and the 741, will stop at the transit center on Vincennes Street, between Darby Avenue and Etiwanda Avenue, just south of the B5 parking structure.

Metro funded 80 percent, or about $390,000 for the project, according to Ken Rosenthal, CSUN manager and director of design & construction.

“Metro will fund up to $392,000 as long as we (CSUN) match the remaining 20 percent,” Rosenthal said. “The funds come from a variety of different sources. It’s sort of pieced together with leftover money from other projects.”

CSUN was responsible for hiring contractors to build the transit center and the actual construction of the project was completed April 10, according to Rosenthal.

Although the center is built, students shouldn’t expect to use the transit center quite yet, said Scott Page, Metro manager of service planning.

“Although construction will be done in April, the center won’t be open until June 17 or June 24, because we have to re-route our vehicles every time a bus stop is added,” Page said.

In addition to the Metro station, several minor construction projects are currently taking place on campus, such as renovations to the Oviatt Library stairs, a $70,000 project that will be completed by the end of summer, according to Rosenthal

Maintenance-related work, such as the replacement of a fire line that serves Nordhoff Hall, can be seen on the walkway across the street from the B4 parking structure near West University Drive, according to Rosenthal.

He said the fire line replacement is a regular maintenance service included in CSUN’s budget.

Other maintenance projects include the addition of new benches in area by Santa Susana Hall and Manzanita Hall, Rosenthal said.

All ongoing and prospective construction and renovation projects are a part of CSUN’s official master construction plan, Envision 2035, which explains the dozens of proposed project for the next two decades in detail and features updated artist renditions of what the campus will look like in 2035, according to the CSUN facilities planning department’s website.

“One proposed idea is to build additional student and faculty / staff housing, but this project will not be seriously considered until there is in improvement in the housing market,” Rosenthal said.