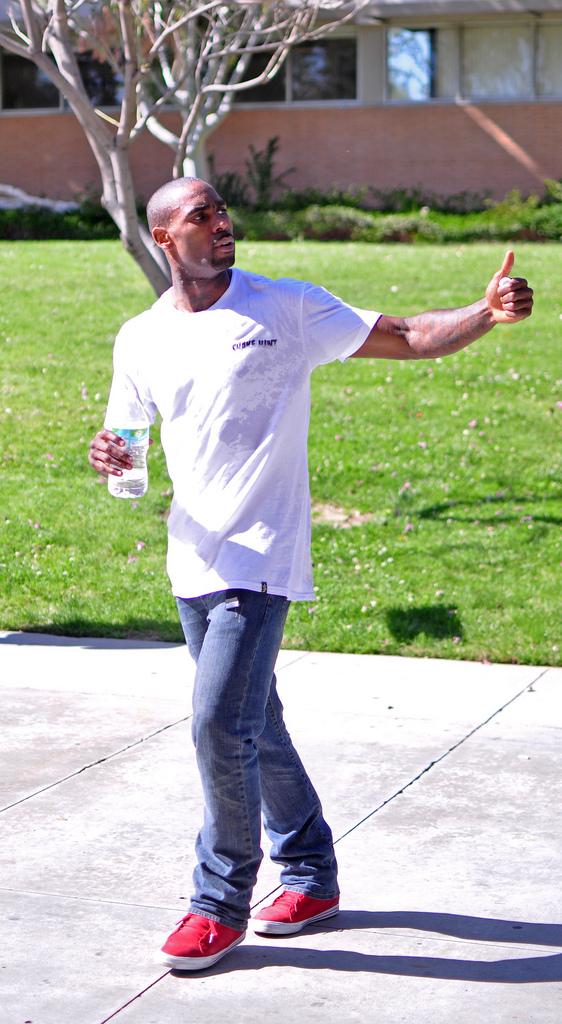 The 26-year-old Long Beach native made a surprise appearance in an attempt to conquer the steps between Manzanita Hall and Sierra Hall.

“This skate spot is famous within the skateboarding world,” Kennedy said. “Everybody comes here. It’s notorious.”

Students gathered around as Kennedy attempted to land a trick before CSUN security could break up the session.

One professor brought her class out to watch the skater while students were able to talk to Kennedy after landing a trick that he had been trying to land for 30 minutes, he said.

Kennedy stayed and chatted with the professor and students before landing a backside boardslide at one student’s request.

Kennedy, who is sponsored by Baker, Supra, and Shake Junt, has been skating professionally since 2002 and has participated in the X Games. Kennedy also starred in his own show “Being Terry Kennedy.”