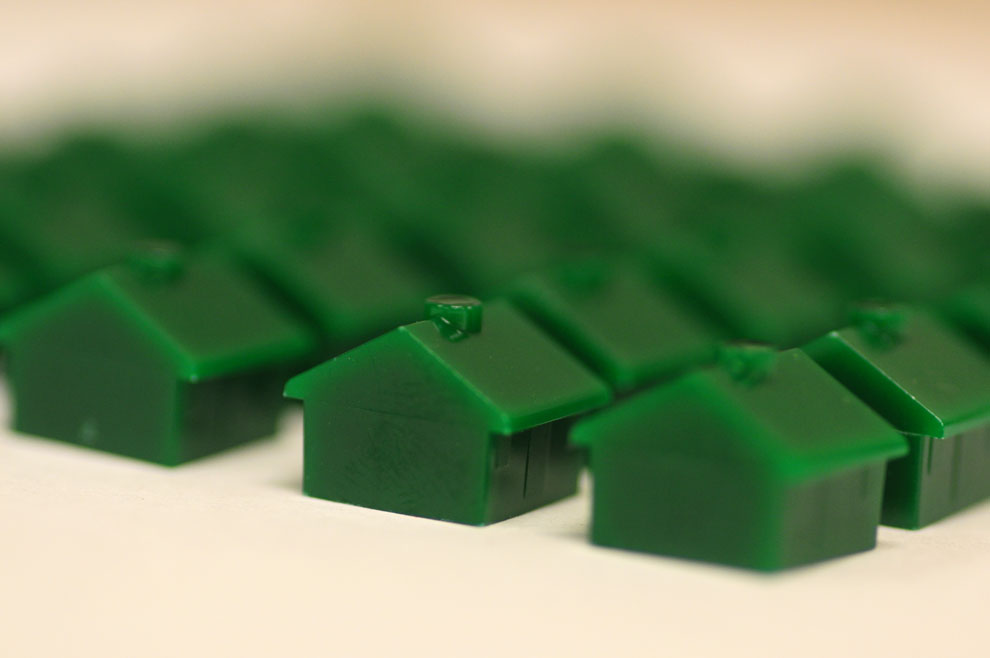 Correction: The  $2000 worth of rebates provided by GreenPoint Rated homes  are only available to people from Los Angeles County and Alameda. And Kubert did not say green homes are less expensive to buy, she said they are generally less expensive to maintain.

California is the leader in green living and eco-friendly designed homes, with Los Angeles ranked the No. 1 city with the most green homes, according to a survey conducted by the EPA.

To meet new codes, third-party sustainability programs such as LEED (Leadership in Energy and Environmental Design) and GreenPoint Rated provide green rating systems and tips for homeowners and developers.

According to an April press release, 10,000 homes in California presently bear the GreenPoint Rated label for excellence in green upkeep, which has saved the state over 112 million gallons of water and has prevented the release of 9,000 tons of greenhouse gases.

“We go above and beyond state codes,” said Janine Kubert, director of marketing and education for Build it Green, a GreenPoint Rated nonprofit organization. “It is our goal to inform and teach the public how to maintain green homes in order to better our environment and help preserve natural resources.”

GreenPoint Rated homes that excel in each category then receive a green label, which allows homeowners to claim about $2000 worth of rebates, according to Kubert.

“Many people think keeping a green home is too expensive, but that’s not necessarily true,” said Helen Cox, Director of the CSUN Institute for Sustainability. “Insulation, for example, is a small investment that does wonders for conservation and in the long run, saves you money on your energy bills.”

Maria D’Orsogna, a CSUN mathematics professor, said she keeps a green home by sustaining an organic compost system, growing her own tomatoes and trying to convince her landlord to install solar panels.

“I do my best to stay environmentally responsible, but it’s hard for some people,” D’Orsogna said. “I think people lack the motivation and personality to become environmental advocates, but making a difference only really requires a few little changes here and there.”

CSUN religious studies major Shelton Bradshaw, who is also a vegan, said though he doesn’t have the funds to purchase a new green home with all the trappings, he implements green practices in his apartment. Bradshaw said he recycles and makes a point to turn off lights to conserve energy.

“Apathy is a major issue when it comes to keeping green,” Bradshaw said. “But there’s really no excuse for not recycling. You may not be able to deck your house out with solar panels, but you can at least recycle.”

According to Cox, the next steps in domicile sustainability are educating residents on how to properly conserve at home, and bettering CALGreen laws for commercial buildings.

“We’ve come a long way,” Cox said. “But there’s still so much to be done for our planet.”