Grace Potter and The Nocturnals perform at CSUN 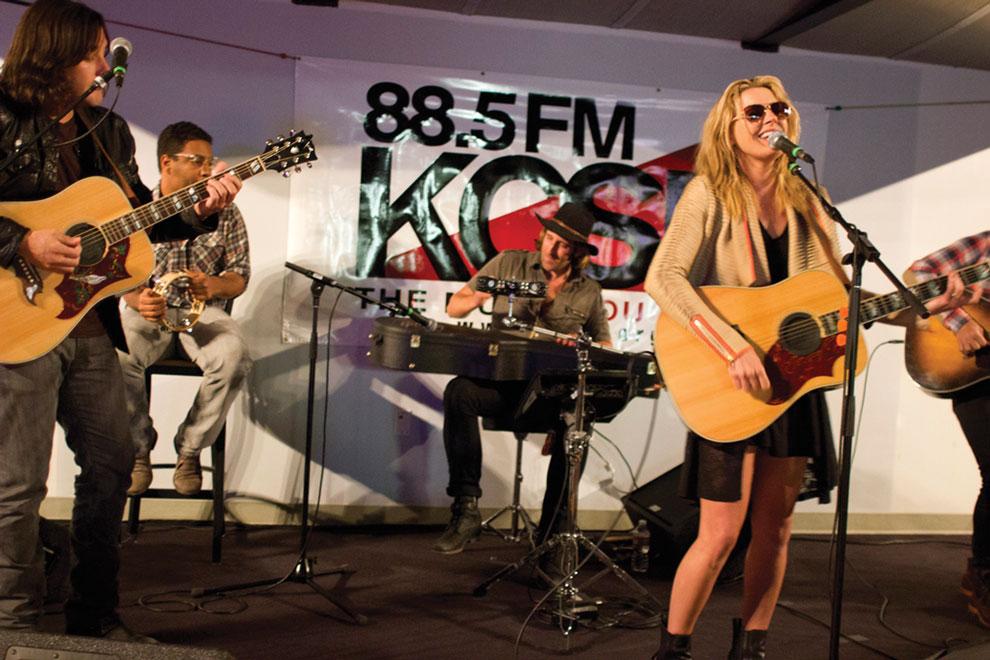 Grace Potter and the Nocturnals made a special visit to CSUN Wednesday to perform an acoustic set at The Pub for an intimate audience of about 100 people.

Attendees poured into the space grabbing seats eagerly while they waited for the band to take the stage. Potter rocked oversized shades as she took to the stage sporting a gleaming smile.

The band played Coachella last weekend and is hitting the stage again this weekend before taking off for a summer tour with Tim McGraw and Kenny Chesney.

Grace gave an interview at the KCSN radio station on campus prior to the performance.

The strength of her voice sounds reminiscent to Janis Joplin while she has a fashionably tousled Mick Jagger attitude.

She shared some of her musical influences as well.

“I listen to Billie Holiday everyday, her spirit invigorates me,” Potter said.

Though the performance was acoustic, the sheer power and presence of the music was awe inspiring. The fusion of good ol’ rock n’ roll, blues, and soulful undertones provided a truly remarkable experience that felt more like being at the Monterey Pop Festival than in The Pub at CSUN.