Autism Speaks does not represent the voices of autistic people 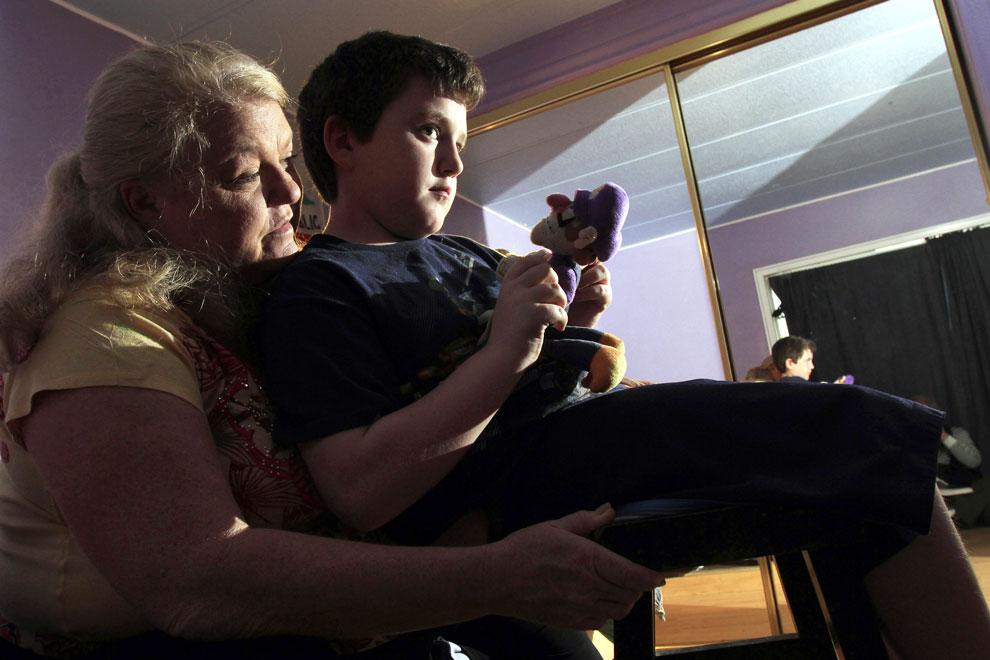 If you decide to donate money for Autism Awareness Month this April, be mindful of where your money is going. There are many viable autism charities — the Dan Marino Foundation, Autism Self-Advocay Network and Aspies for Freedom — but I beg you not to donate to one organization: Autism Speaks.

Autism Speaks is a wolf in sheep’s clothing. Their website states the organization has “grown into the nation’s largest autism science and advocacy organization, dedicated to funding research into the causes, prevention, treatments and a cure for autism; increasing awareness of autism spectrum disorders; and advocating for the needs of individuals with autism and their families.” But take a closer look at how the organization handles its business and you will not want to give it any support.

In 2008, alone, the organization raked in a total of $65 million. While that’s impressive for a nonprofit charity, one must question where all that money goes; less than $2 million went to helping people, according to the Better Business Bureau. The organization spent more than that on office supplies alone, according to Autism Speaks’ website. It also paid its executive science officer upward of $700,000 and a combined $1 million to four executive vice presidents. It actually lost upward of $85,000 at one fundraiser, according to the bureau.

“Their whole name and organization is incredibly condescending and parentalistic towards people with autism. They are neuro-typical and to claim that they speak for us is a bit offensive, frankly,” said CSUN philosophy professor Jacob Hale, who was diagnosed with Asperger’s syndrome as an adult.

Autism Speaks has a history of demonizing autism and autistics themselves, and in the past, the organization has funded research not only seeking a “cure” for autism, but seeking out genes in utero that might show if a child has autism before he or she is born. This sets up quite a slippery slope toward eugenics.

In its most famous video, “Autism Every Day,” a  mother said she contemplated murdering her autistic daughter and killing herself by driving off of the George Washington Bridge because she was unhappy with how the public schools did not give special attention to autistic children. She ultimately decided not to drive off the bridge because she thought of her second, non-autistic child. This promotes fear and pity that demonizes children with autism instead of inspiring people to help them.

Another video by Autism Speaks titled, “I am Autism,” shows pictures of autistic children and a somewhat ominous voice over the words, “I am Autism…I know where you live…I live there too … I work faster than pediatric AIDS, cancer and diabetes combined … And if you are happily married, I will make sure that your marriage fails.”
Ari Ne’eman, former president of the Autism Self-Advocay Network (ASAN) and the only member serving on the President Obama’s National Disability Council with an Autism Spectrum Disorder, said in response for ASAN to the video that autistic people do not want to be portrayed as burdens or objects of pity and fear.

Consistent with the organization’s constant victim-blaming, according to Autism Speaks, if the parents of an autistic child divorce, it is the child’s fault. In truth, my parents raising me strengthened their marriage, me being both a pride and joy and a handful at the same time. Being smart but socially awkward inspired them to want to teach me and also to protect each other more.  My parents’ marriage ended when my dad died of cancer, not because of my autism.

Autism Speaks continued to pursue research of the connection between vaccines and autism long after research proved vaccines don’t cause autism. Two of its own board members, Alison Singer and Eric London, resigned in protest in 2009 after Autism Speaks continued to commit funding to research linking vaccination and autism. London, who was on Autism Speaks Scientific Affairs Committee, said that the organization was “adversely impacting” true autism research by continuing to pursue arguments connecting the two, that are “misleading and disingenuous.” Singer said vaccines save lives and don’t cause autism.

Autism Speaks does not come from a social justice or advocacy/activism perspective and as such, their primary focus is finding a “cure” for autism, when money would be better spent advocating for disability rights and helping people on the spectrum to adjust and thrive.

“You can advocate for the rights of people with autism and help them adjust to the needs of society. The two are not diametrically opposed,” said Hale. “They should be focusing on the way social institutions demonize non-typical behavior and advocate that non-neurotypical behavior is not dangerous and because of that it’s hard for me to support them.”

Before giving to Autism Speaks, think of the countless other autism organizations that are struggling, but truly represent and speak for the needs of people on the Autism spectrum. The ugly truth is that Autism Speaks, but does not listen.