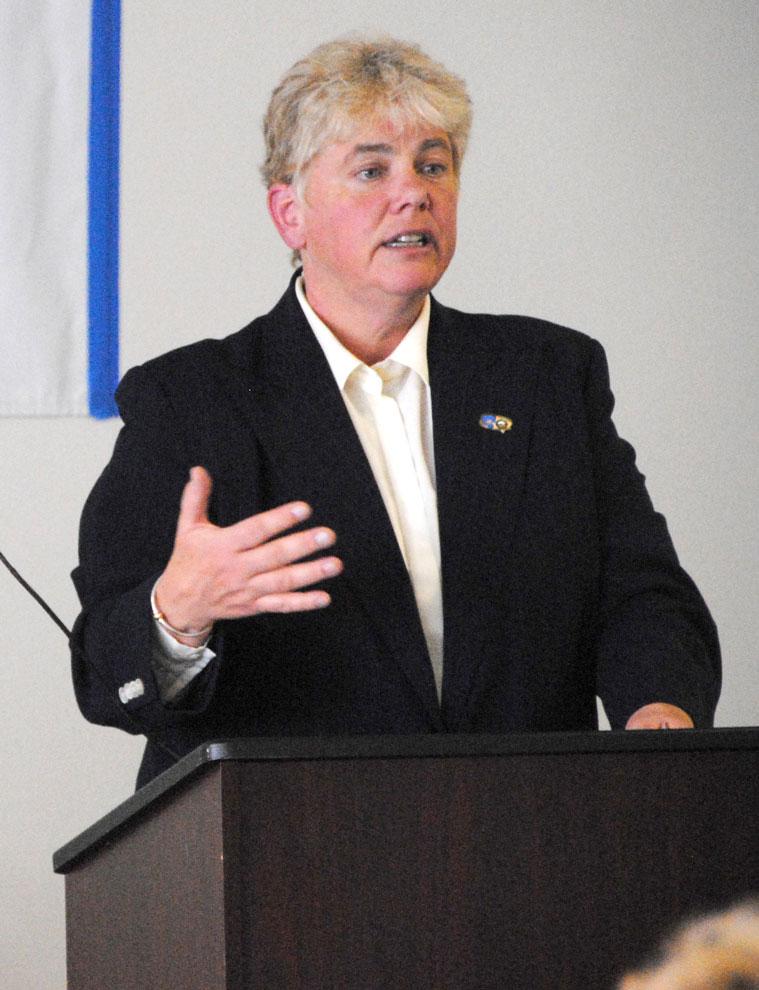 The Statewide University Police Association, SUPA, recently raised concerns regarding the chief of CSUN’s police department, and that school officers may be working excessive overtime.

The department has mandated overtime for all of its workers instead of hiring new officers, according to Jeff Solomon, president of SUPA.

“The problem with this chief is that she has all of these officers working so much overtime when she should be recruiting some part-time officers who can take on the overtime,” Solomon said.

Since July 1, there have been more than 8,300 hours of overtime, according to SUPA.

There are 23 sworn positions in CSUN’s department of police. Thirteen of these positions are officers assigned to a 24-hour patrol for the 36,000-student campus and its 4,000 staff members.

Solomon also claims Glavin is not present enough on campus and is often out of state.

“Part of the problem with this chief is that she spends most of the time out of state,” Solomon said. “Our No. 1 concern is the responsibility that is given to these officers. I have not visited CSUN that often, but the few times I have been there, I’ve seen that the officers there are exhausted and overworked.”

Solomon, who is also an officer at CSU Sacramento, said that his and other CSU campuses do not have this issue.

Glavin has been the department’s chief since July 2002, and is the president-elect of the International Association of Campus Law Enforcement Administrators.

She said her position as president-elect requires her to leave out of state, but rarely.

“I travel three times a year,” Glavin said. “Those trips last only two days. That is six days out of the year I’m not on campus — only six days.”

Glavin also explained that when she leaves campus, she is still keeping in contact with her officers.

“I have two great deputies that are in charge when I leave.” Glavin said. “And when I do, I am also sending them emails. I am always calling them, and I’m always on my iPad.”

Glavin explained though officers have worked extensive overtime, there are officers who enjoy the overtime, and recruiting new officers will not happen due to budget cuts.

Solomon said it would be cheaper for Glavin to hire part-time officers than assigning overtime to these workers, but Glavin disagrees.

Officers get paid depending on their standing, which is referred to as steps.

After an applicant finishes the police academy they are a police officer in step 4, which pays $4,430 monthly rate. The highest step for an officer is step 8 which pays $4,855.

The cost for hiring a new officer is about $21,329 an applicant.

The expenses include a background check which cost $506 plus any mileage for the investigator, a medical investigation at $295, a psychological examination at $375, the 24 weeks police academy for $9,600, in-service training during first year of probation at $7,553 and uniforms and equipment that ranges from $2,000 to $3,000.

An officer who works overtime will get paid between $38.34 and $42.02 hourly depending on their step rate.

According to Christina Villalobos, the CSU and SUPA has “negotiated a salary system that uses established increments in pay within a range, called ‘steps,’ for each classification.”

New hires get paid within this step system that is based on their experience and education. Any movement through these steps must be agreed by the union and base on the officer’s performance.

Glavin also explained that CSUN’s department of police do not hire any part-time officers only full-time.

According to Christina Villalobos, special assistant to the chief of police and public information officer, 45 officers have been working overtime between July 2011 and February for a grand total of $386,129.

SUPA has also expressed their concern for the safety of the campus due to these issues.

When asked whether CSUN department of police services accomplishes their mission of keeping the campus safe, psychology major Rosa Torres explained that the department does the best it can.

“It has its moments, but I’ve had an experience where the officers could have shown up sooner. This woman was having a seizure and they showed up 15-20 minutes late,” Torres said. “Those minutes can matter a lot in situations like that, but the officers really do the best they can.”