On the red carpet with Stan Lee 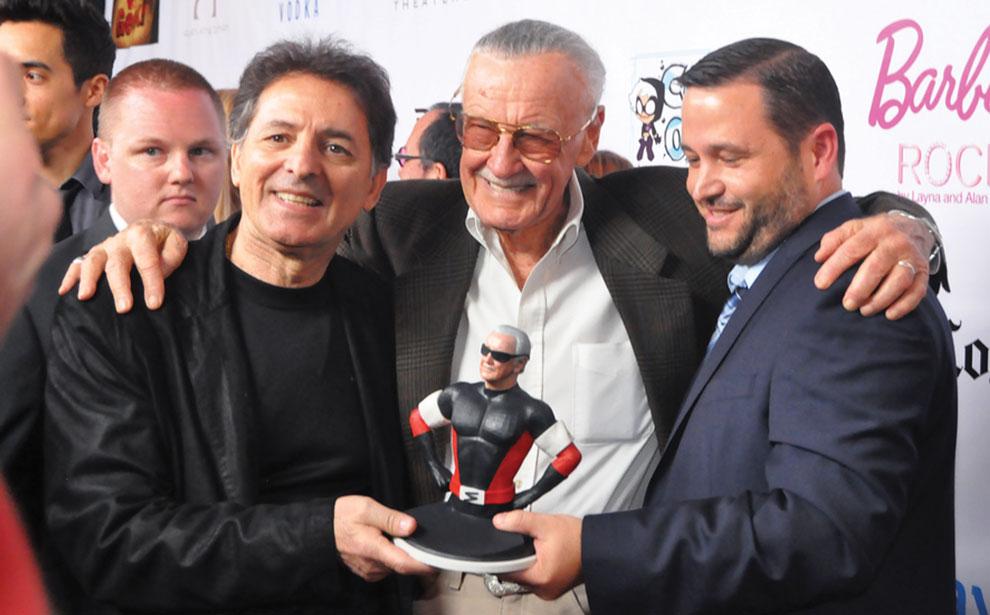 Stan Lee is arguably one of the biggest names in the comic book universe. Millions of people have enjoyed fantastic adventures he helped bring to life, which are now on the big screen as huge summer blockbusters also watched by millions.

“With Great Power: The Stan Lee Story” recently premiered to an audience that just couldn’t wait to see how Lee became a ubiquitous figure in the comic book universe.

Everyone walking down the red carpet couldn’t say enough wonderful things about Lee and how he has helped influence them, including Doug Jones, best known for his various roles playing nonhuman characters in heavy makeup, such as Silver Surfer in “Fantastic Four: Rise of the Silver Surfer.”

“He’s created characters in comic books that make all of us want to be better humans,” said Jones.  “Super heroes are like a template for how humans are supposed to behave.”

Lee has accrued many fans over the years, and some of them were in attendance for this premiere, including Peter Shinkoda, star of the “Falling Skies” TV show, and many other films.

Even though “Spider-Man” is Shinkoda’s favorite comic book, he would love to star in the yet to-be-announced Wolverine origins sequel.

“With Great Power: The Stan Lee Story” includes many interviews with comic book creators, actors, film producers, family and friends.  The movie shows original transcripts, illustrations, photographs and stories of Lee’s amazing journey from early on in his career working at Timely Comics all the way to his current company POW! Entertainment.