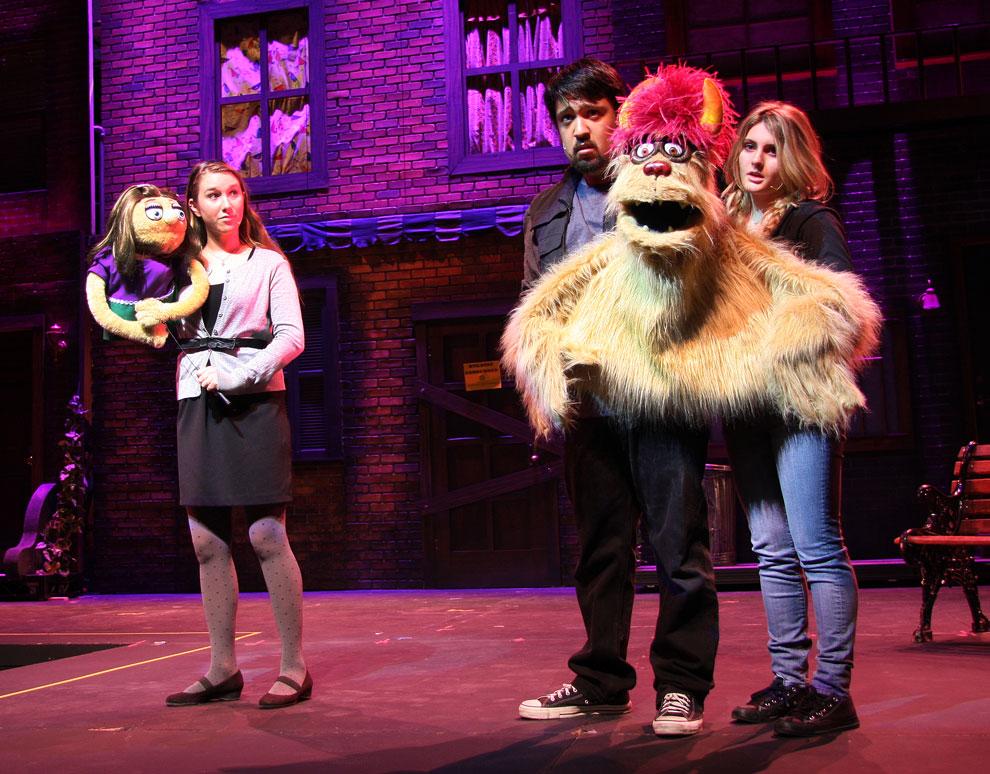 “Avenue Q” has been called the “Sesame Street” for adults that just cannot seem to believe they have grown up. The play touches on life situations that the characters on “Sesame Street” would not have faced.

“Avenue Q” follows Princeton, a recent college graduate who comes to New York with big dreams and a small bank account. Princeton soon finds that the only neighborhood he can afford is “Avenue Q,” where he meets new friends.

“There’s Brian, the out-of-work comedian, and his therapist fiancée, Christmas Eve, Nicky the good-hearted slacker and his roommate Rod—a republican investment banker who seems to have some sort of secret, an internet addict named Trekkie Monster and a cute kindergarten teaching assistant named Kate,” said Taylor. “Together, Princeton and his newfound friends struggle to find jobs, dates and their ever-elusive purpose in life.”

The play is a co-production between the CSUN theater department and the music department. Students interested in being a part of the show were able to audition for the show in December.

“The puppet captain is Michelle Lane, from the Las Vegas cast of “Avenue Q,” and choreographer is Julia Aks,” said Taylor. “We are using the puppet design from Broadway and the video segments from the Broadway tour.”

The faculty director for “Avenue Q” is Shad Willingham, and the faculty musical director is David Aks.

“Avenue Q” premieres April 27 in Nordhoff Hall’s Campus Theater, as opposed to the Valley Performing Arts Center. There will also be performances April 28 and 29, as well as May 2-5. Each performance will be at 7:30 p.m., except for the Sunday performances, which will be at 2 p.m.

“National Center on Deafness interpreters will be interpreting for the deaf and hard-of-hearing at the April 29 performance,” Taylor said.

Tickets are on sale now, and some shows have already begun to sell out. Students can purchase early bird tickets before the first show for $9. After the first show, student tickets will go up to $15. CSUN employees can get discount tickets for $16, and general admission tickets are $20.

“Avenue Q” is sure to be a performance to remember, but Taylor does offer a parental advisory.