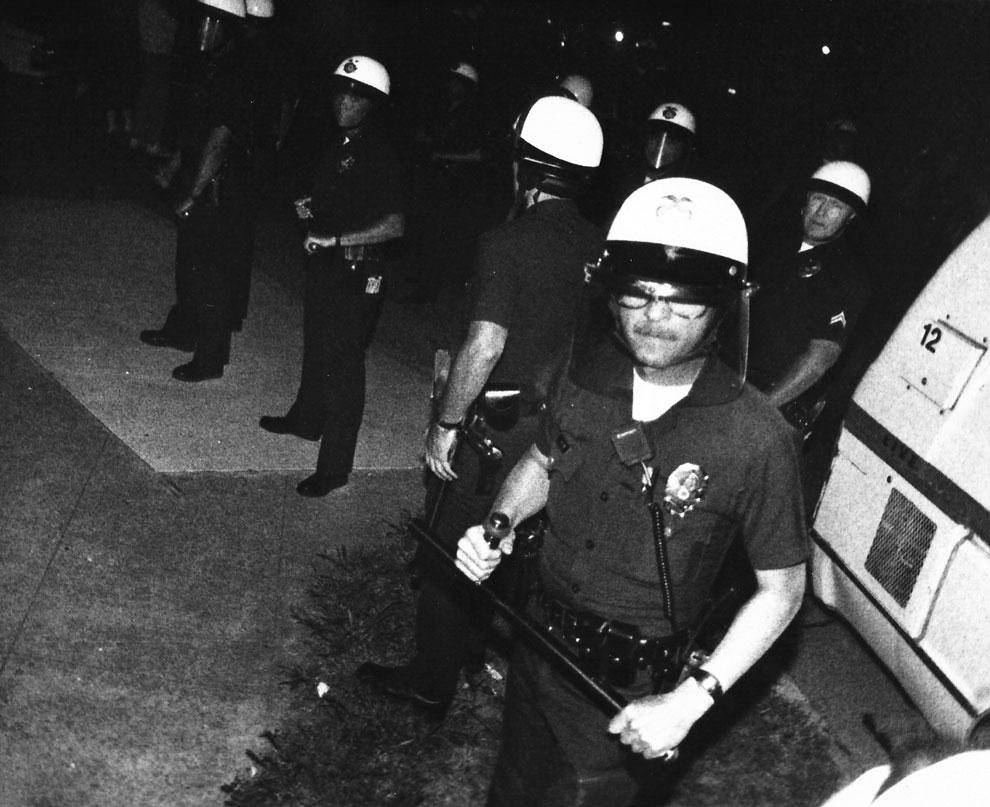 In April 1992, racial tension loomed over Los Angeles and a string of crimes incensed the city until rage boiled over into a six-day riot that ignited over 3,600 fires, killed 53 people, injured over 2,000 and cost the city about $1 billion in damages.

Twenty years later, racial tensions have significantly improved, according to a survey released by the Center for the Study of Los Angeles. But the recent racially charged killings of African-American teens Trayvon Martin and Kendric McDade might suggest that any improvement is slight.

Martin was killed by a community watch coordinator after drawing suspicion by running through a gated community to reach the home of his father’s fiancee. McDade was suspected of burglary and was shot by Pasadena police though he was unarmed.

Much of the story is yet to be told in the killings of Martin and McDade, but community outrage and public opinion suggest race as an underlying cause.

What do CSUN students know or think about the 1992 L.A. Riots?

What caused the L.A. Riots?

Perhaps the most iconic figure synonymous with the L.A. riots is Rodney King, the African-American motorist who engaged CHP officers in an eight-mile pursuit on the Foothill Freeway on the eve of March 3, 1991.

Footage of King being repeatedly clubbed, tased and beaten by three white police officers and one Latino officer was videotaped by an onlooking resident and distributed to news outlets across the nation.

“That video was everywhere,” said Ellis Godard, CSUN professor of sociology. “I was living in Virginia at the time and even there, we couldn’t believe what we were seeing. This was before YouTube, mind you.”

The Los Angeles District Attorney charged the police officers with use of excessive force and the trial was held in the predominantly white suburb of Simi Valley.

“People weren’t happy about this decision,” said Johnie Scott, CSUN professor of Pan African studies. “The black community saw it as a slap in the face because the jury was white and the police officers were likely to walk free.”

On the seventh day of jury deliberations, the officers were acquitted and anarchy broke out across Southern Los Angeles.

“The city looked like a war zone,” said Carmen Ramos Chandler, CSUN director of information and former reporter for the Los Angeles Daily News who covered the riots. “There was ash and smoke everywhere and for the life of me, I couldn’t understand why people were running into burning, collapsing buildings just to loot.”

Scott said in Northridge, he too experienced residual tension from the Rodney King affair.

“When the riots broke out, I was heading home from CSUN and a white pedestrian, stout and middle aged, turned and yelled the n-word at me as I drove by,” Scott said. “I’ll never forget that.”

In addition to black versus white animosity caused by the King incident, there was also tension between the African-American and Korean communities, said Taehyun Kim, CSUN professor of journalism.

Kim said Koreatown and Korean businesses faced the brunt of destruction, about $350 million in damages, largely due to the Latasha Harlins shooting that occurred a year prior.

Latasha Harlins was a 15-year-old African-American girl who was falsely accused of theft by a Korean liquor store owner. Following an altercation, Harlins was shot and killed by store owner Soon Ja Du. Security camera footage showed that Harlins had money in her hands at the time, and Du was convicted of voluntary manslaughter.

The shooting occurred just 13 days after the Rodney King video surfaced, and Du was later sentenced to only 400 hours of community service, five years probation and a $500 fine.

Amid this backdrop, Kim said crime was also escalating in Koreatown and other poorer communities because police gave more attention to wealthy “white” neighborhoods including Westwood and Beverly Hills.

“First of all, they didn’t have officers to dispatch,” Kim said. “Korean emergency calls were typically not addressed and outlets like Radio Korea had to step up as emergency hotlines.”

But according to Godard, police corruption was merely the “straw that broke the camel’s back.” At the heart of the riots, he said, were the ongoing frustrations and economic woes shared by all ethnic communities.

“They didn’t burn down the police station” Godard said. “Mostly people rioted because they couldn’t afford the cost of living and there was a definite social distance between those making money and those struggling to get by.”

According to USC research, poverty rates in South Los Angeles were 50 percent above the national average in 1992.

Where are we now?

According to an April 12 survey released by the Center for the Study of Los Angeles, about 77 percent of residents feel the economic situation in L.A. has significantly worsened.

But about 60 percent of residents reported racial tensions have improved in the past 20 years. The majority also saw decreased gang activity.

“I think there has been positive change,” Chandler said. “I think leadership of the city has recognized diversity and the need to change law enforcement.”

Chandler said since the riots, L.A. has shifted from militant policing to community-based policing.

“It’s not ‘us versus them’ anymore,” Chandler said. “The police are now generally trusted.”

Scott said he feels just the opposite.

“As a black man, I’ll still get stopped in Beverly Hills. Blacks and Latinos are still targeted by LAPD, and that’s the reality of the situation,” he said.

Today, they continue their efforts.

Hyepin Im, president and CEO of KCCD, said that since the riots, mission work in L.A. has flourished. Im said KCCD and the Korean community have made a continuous effort to strengthen community relations and improve economic development.

“I think we’ve been lucky to have figures in our community who are adamant to promote unity and embrace cultural differences,” Im said.

But Scott says though progress has been made, Los Angeles still has a long way to go.

“I don’t want to sugar-coat it,” he said. “We aren’t in the Promised Land yet and I’m not going to say things are better when I know otherwise.”