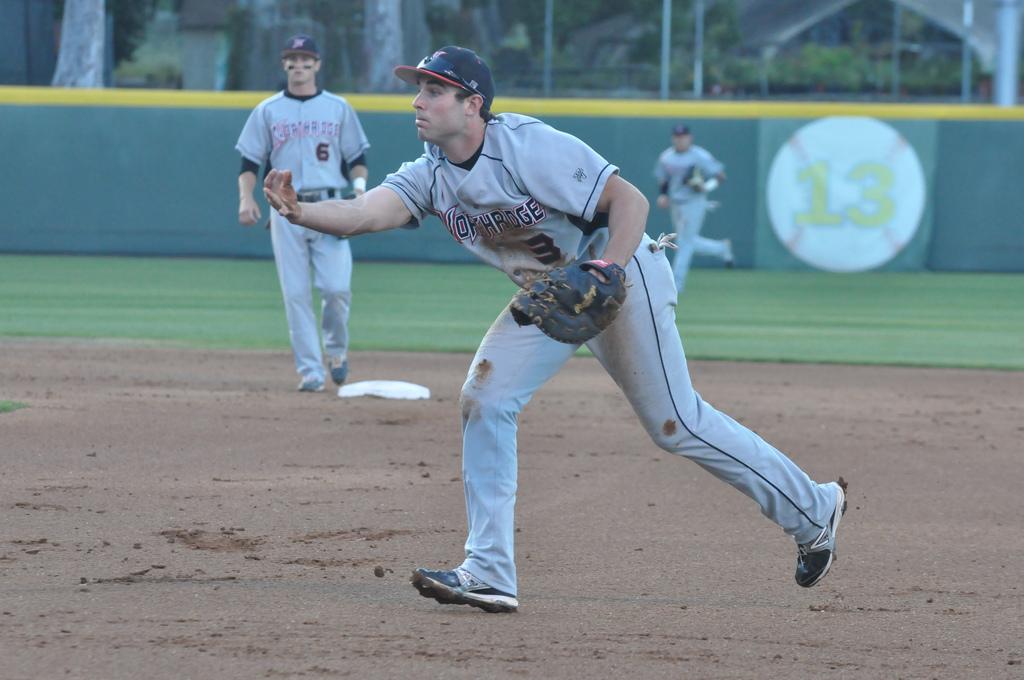 Heading into Friday’s game, the visiting Long Beach State Dirtbags had only managed to hit one ball beyond the outfield walls this year.

But they hadn’t played at Matador Field.

With the walls 325-feet away down the line, a three-run dinger by LBSU’s Juan Avila made all the difference as the CSUN bats were unable to keep up with the Dirtbags and fell 8-2.

“Bottom line was (Long Beach) outplayed us today,” CSUN head coach Matt Curtis said. “They swung the bats and they made the quality pitches and we didn’t … They gave us some opportunities, but they beat us.”

“They did a good job when they had those hitting counts,” Curtis said. “They’re much better than their offensive numbers … You’re not going to see a lot of home run numbers or doubles numbers, but that doesn’t mean they’re not good hitters.”

Northridge (17-21, 4-6) was held hitless through the first four innings and ended the day with only three hits compared to LBSU’s 15.

For CSUN, junior Cal Vogelsang was the only Matador to bring runs inwith his game-tying double in the fifth.

LBSU opened the second inning with a single up the middle by Brennan Metzger followed by a stand-up double by Johnny Bekakis in the gap in left-center scoring Metzger with no outs.

The Dirtbags’ Brennan Fulkerson grounded out to the right side of the infield moving Bekakis over to third for Josh Guerra, who came through with a single up the middle, extending the lead to 2-0 for LBSU.

Long Beach had two runners on with no outs in consecutive innings, but failed to extend the lead in both the third and fourth.

CSUN’s Steven Keller and Nate Ring skied some shots over the left field fence, but both flew within a few feet wide of the foul pole in the fourth.

Northridge managed to finally put its first hit of the day on the scoreboard with a Kyle Attl single through the left side of the infield leading to the Matadors’ first runs of the day.

Vogelsang doubled down the left field line past a diving third baseman scoring Attl and Ryan Raslowsky after Raslowsky walked to reach base.

“I got back to back curveballs right down the middle and I took both of them,” Vogelsang said. “I was just sitting on that third one and I ended up squeaking it down that line and scoring two runs.”

Long Beach answered back with a double and a single to put men on the corners with no outs in the top half of the sixth. After a pop-out, Muren walked the bases loaded and ended his outing.

The Dirtbags tacked on four runs in the sixth pushing their lead to 6-2 after Avila’s three-run blast over the left field fence.

Long Beach added to its lead in the ninth after outfielder Josh Guerra tripled home two runs to push the lead to 8-2.

CSUN attempted to make a ninth-inning comeback and had runners on first and second but Tommy Simis grounded into a double play before Raslowsky hit a easy fly ball to end the game.

“We left a lot of runners on second and third,” Vogelsang said. “We just didn’t come up with a big hit to score those runs, but there’s a lot of baseball left this weekend so we have to forget about this one and come back out tomorrow.”