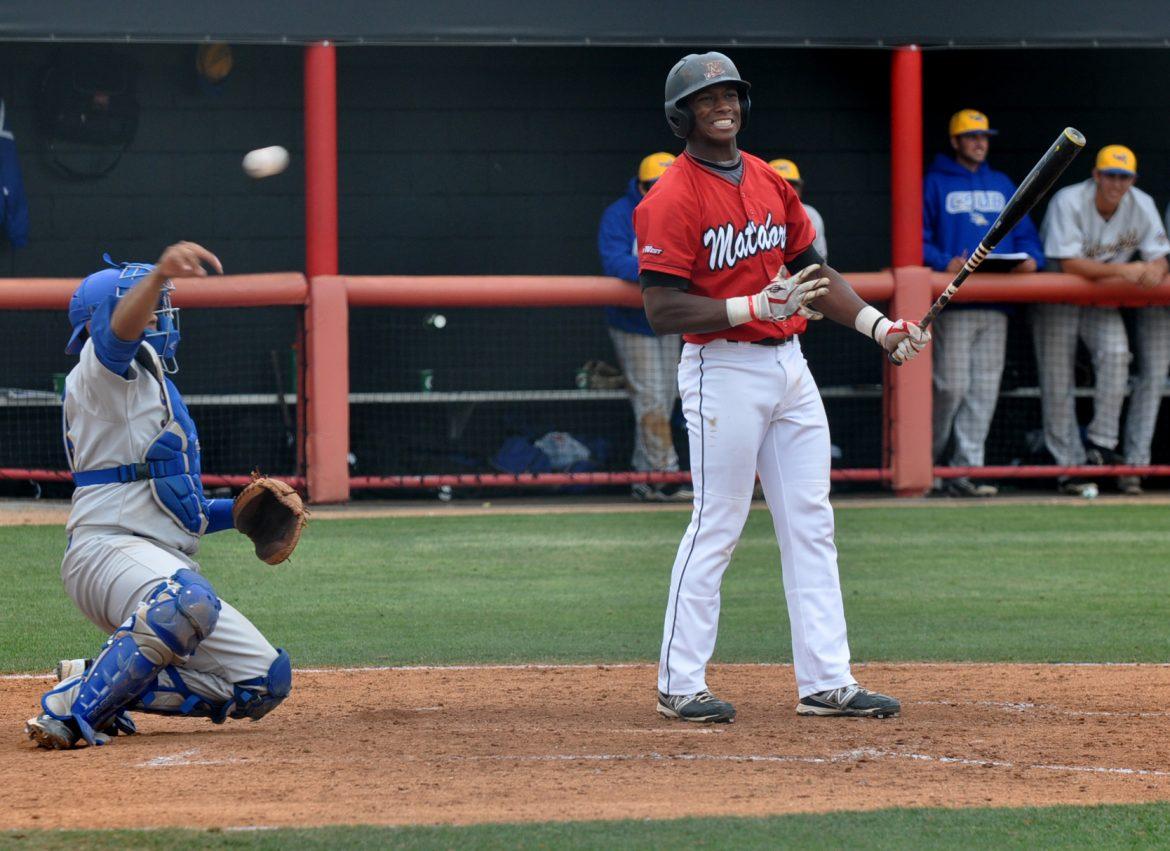 Entering the second game of the Matadors’ home series against Long Beach State, CSUN was 3-0 when Jerry Keel is on the mound against a Big West Conference opponent this season.

Four hours and 13 minutes later, CSUN improved its record to 4-0 with Keel on the hill.

With multiple lead changes and 12 innings of baseball, the Matadors prevailed 6-5 after a Long Beach State throwing error to third base brought home Nate Ring for the walk-off run Saturday afternoon at Matador Field.

“It was nuts and exhausting, but it was a fun game,” said Ring, who recorded two hits. “They scored, we scored and they scored right back and we finally ended it. We never knew who was going to win that game.”

Ring’s run to home plate didn’t come easy. Dirtbag catcher Royce Murai attempted to pick off Ring’s third-base steal attempt, but he overthrew the ball, which went to deep left field. Ring stumbled to the ground, but had plenty of time to get up and run to home.

“I saw the ball go by and got out and blew a tire and went straightforward, got up and went to home as fast as I could,” Ring said. “One of my cleats gave out and I went down hard.”

With the score tied at 4-4, Long Beach State (20-20, 10-4 Big West) started the 12th inning with a double, a walk and a bunt to load the bases. Jeff McNeil hit a sacrifice fly to bring in Brennan Metzger for the go-ahead run.

The Matadors (18-21, 5-6) trailed 4-3 in the bottom of the ninth and were seemingly headed to their second straight loss against the Dirtbags — who had defeated them 8-2 Friday afternoon — but a clutch hit by Miles Williams took the game into extra innings.

Everyone at Matador Field thought Williams’ deep single off the left field wall — which brought home Cal Vogelsang — would be a walk-off home run.

“I’m going to be honest, I did think it was out,” said Williams explaining why he didn’t run to second base. “It won’t happen again, next time I’ll be on second.”

Instead, LBSU got the next two outs and the game dragged on for three more innings. But CSUN scored the win to give itself a chance to take the series Sunday.

Freshman Keel had a solid day on the mound, pitching seven innings and only giving up one earned run.

After allowing a run in the first inning, Keel cruised through the next five innings. Then in the seventh, Keel pitched himself out of a bases-loaded jam with only one out to end his day on the mound.

Redshirt freshman Louis Cohen came in for relief, but walked Juan Avila to start the eighth and followed that by hitting Metzger. Josh Guerra then advanced the runners on a sacrifice bunt. McNeil tied the game at 3-3 on an RBI single, ending Keel’s chances of recording his fourth win of the season.

Cohen, who got his fifth win of the year, gave up four earned runs in five innings.