Matador Nights returns with an Alice in Wonderland theme 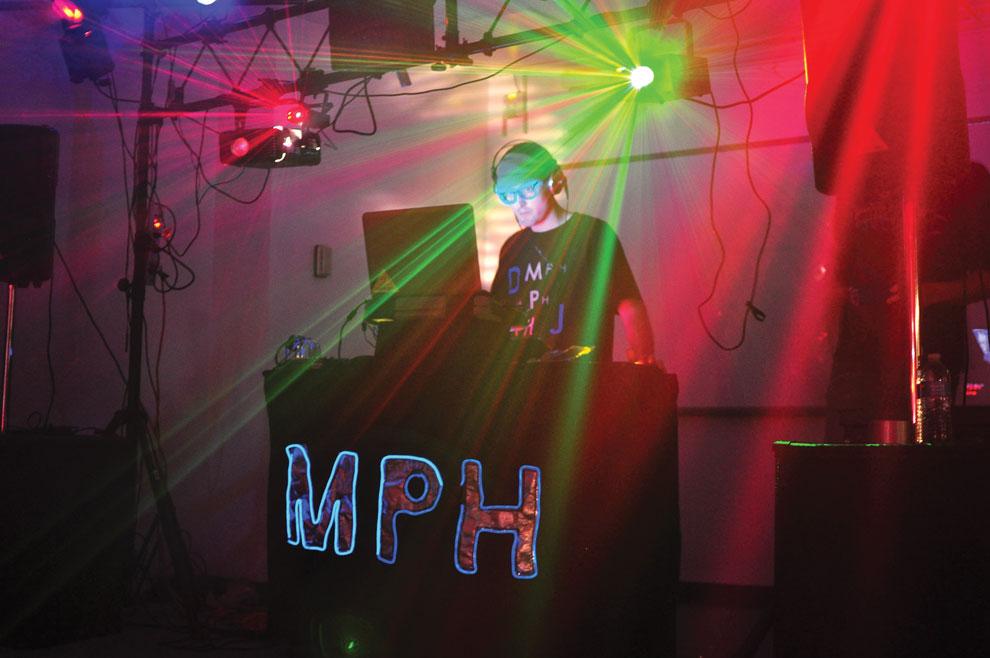 Matador Nights attracted thousands of students to the CSUN student union in what ended as a peaceful event under increased security measures from previous years, Friday night.

CSUN students had been able to bring one guest in to Matador Nights in previous years, but guests were not allowed this year as part of the added precaution.

“We got it pretty well handled this time,” said Captain Scott Vanscoy of the CSUN police.  “It’s a very fun event, but there’s no tolerance for anybody who wants to bring in alcohol or controlled substance.”

Last year the event ended violently when two male students broke into a physical fight on the dance floor.  The party was shut down early and police made two arrests, last April.

With an Alice in Wonderland theme, this year’s party included attractions like mini-golf, carnival rides, and a casino.  Though, most partygoers agreed that the highlight was the spinning of D.J. Kid Capri.

“Kid Capri seems to be everyone’s favorite,” said Jessica Fagen, sophomore meeting major, in costume as Alice for the USU.  “Everyone’s dancing and having a good time.”

The wonderland theme also included neon mushroom decorations and actors in character as the mad hatter, the white rabbit and the queen of hearts.

“I had an incredible time,” Kid Capri said, sitting on the stage after the show.  “I didn’t expect it to be this packed.  It was definitely something that was monumental,” he added.

The crowd reached over 2,000 students according to an estimate by captain Vanscoy, at 11 p.m. Friday.  The party lasted from 9 p.m. and the outside dance floor was packed until the music stopped at 1 a.m.

“With some encouragement from friends and classmates, I called a babysitter and came out,” said Luke Farnell, junior recreation management major, 32.  “Kid Capri is definitely a highlight for me, because I’m a little older.  I’ve been a fan for a long time.”

Students had to pass through three checkpoints, including a bag check and metal detectors.  The number of security officers was not given for safety  reasons.

In addition to their presence on the ground police kept an eye on the party from a third floor window of the Sol Center along with Allied Barton representatives.  The security presence did not stand in the way of a good time, for most students.

“I love it,” said Luis Lopez, freshman political science major.  “Everyone is gathered together, and I like the music.”

A few students who authorities believed smelled of alcohol or showed other signs of intoxication  were asked to leave, Vanscoy said.

“I’m not going to take any chances,” Vanscoy said, adding that student safety was his primary concern.  “It’s student money paying for an awesome student event.”

One woman, presumed to be a student, was taken by ambulance to Northridge Hospital before 11 p.m. after she was found vomiting in a bathroom by USU staff, according to Vanscoy.

Her name and age were not available, but police believed she became sick due to overconsumption of alcohol.

No arrests were made, but names of students who escorted out were collected, and they may face campus disciplinary action, according to Vanscoy.

That will be up to the campus administrators, he said.  The crowd dispersed peacefully at 1 a.m.