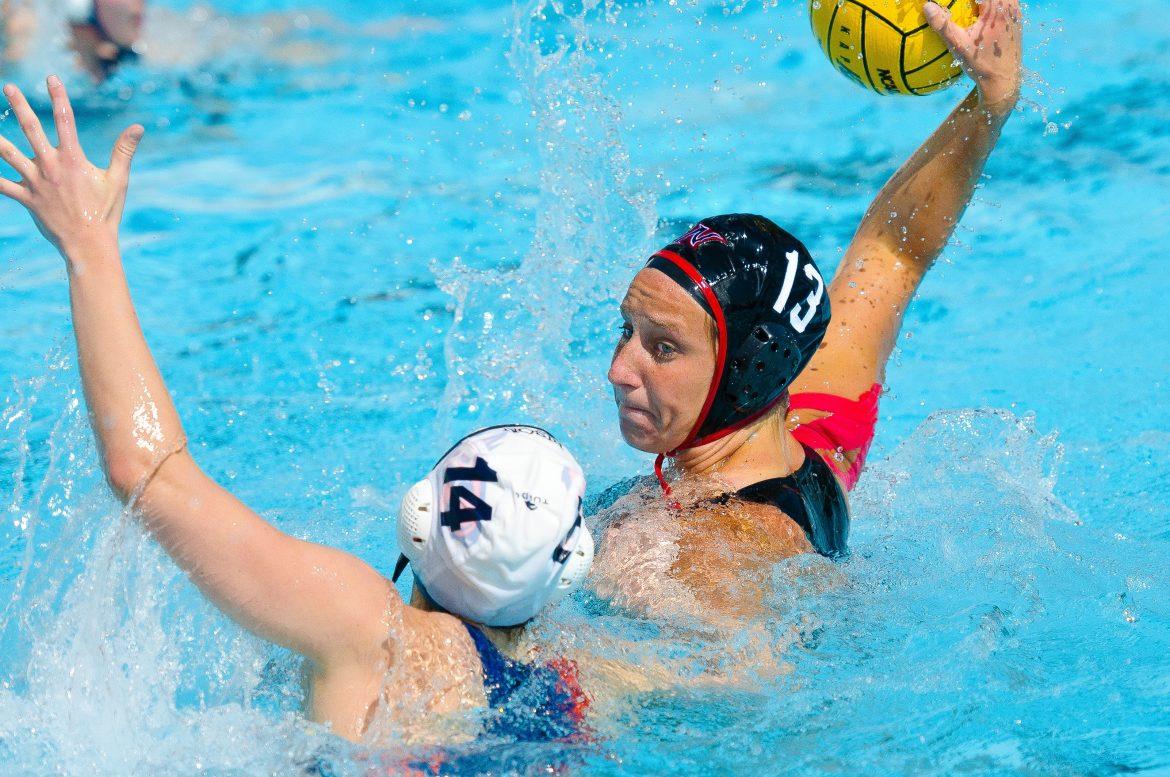 CSUN attacker Melissa Doll goes for a goal in a game. Doll put the Matadors on the scoreboard first as they took third place in the Big West Conference Tournament in a 6-5 victory over UC Santa Barbara Sunday afternoon. Courtesy of CSUN Athletics.

After a tough loss against UC Irvine the previous day, the Matadors (19-20) bounced back and grabbed third place in the Big West Conference Tournament with a 6-5 win over UC Santa Barbara Sunday afternoon and Schaal Aquatics Center.

It was a goal by center Kelcie Ferreira with 3:45 left in the game that put CSUN up by one. The only thing for Northridge to was play defense and run out the clock.

“We took away (Santa Barbara’s) two-meter game, we neutralized their counter-attack and the shots that they did take were either field blocked or Dana (Harvey) made a save,” Matador head coach Dr. Marcelo Leonardi said.

CSUN goalkeeper Dana Harvey had a much-improved game from the previous outing and came up with a crucial save with seven seconds left in the game, Leonardi said, and finished the game with nine saves to her name.

Leonardi and his squad’s defense, especially their 5-on-6 game, was back on track. Though the Gauchos scored five goals, none were scored during a power play opportunity.

“Our 5-on-6 defense was nails because (UCSB) went 0-for-7,” Leonardi said. “A lot had to do with how we played yesterday’s game and how it carried over. In order to beat a quality team like Santa Barbara, we have to play flawless and I thought we did defensively.”

Comparing them to the Gauchos, the Matadors scored twice on power play chances, one by attacker Melissa Doll to open the game and the other by fellow attacker Lindsy Nelson in the second period.

That second quarter of action was one of intensity, with both teams going back-and-forth on the offensive end. Though CSUN outscored Santa Barbara 3-2 that quarter, the Gauchos knotted the scored at 5-5 heading into halftime.

“Both teams had opportunities to score, but both defenses were stellar,” Leonardi said. “The goalies made saves and nobody wanted to budge.”

Sunday’s win had meaning for the team. It was the team’s first win on a Sunday in the Big West and all of Leonardi’s seniors had a chance to play in potentially their last game in the collegiate career.

“I love the fact that all three seniors were in the water in the fourth quarter to help us win that game,” he said. “They’re leaving this program with rich culture and tradition. It set some emotions after the game.”