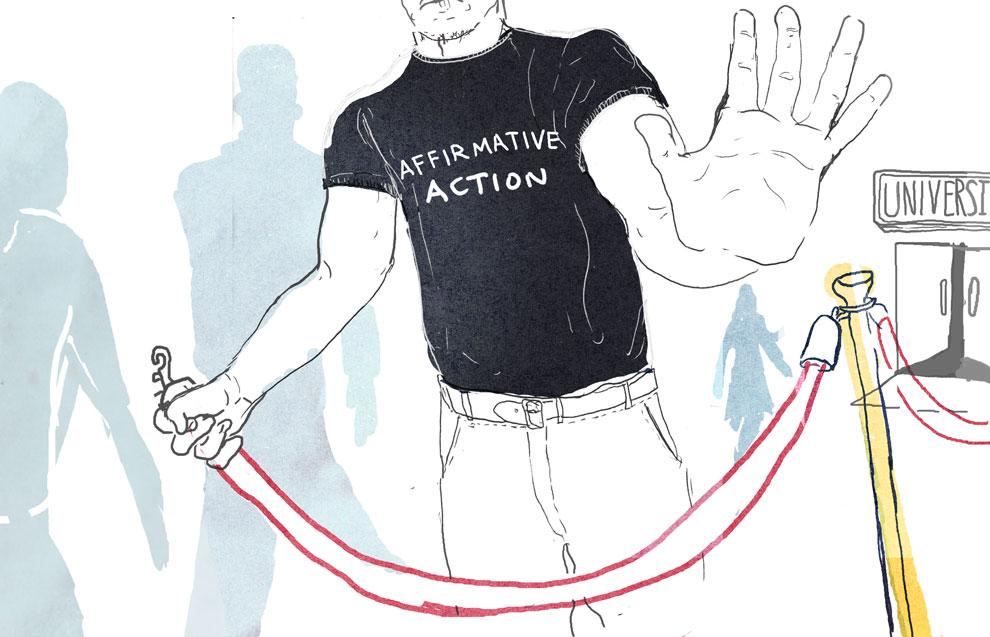 This controversial topic will return to national attention when the Supreme Court begins to hear the case of Fisher v. University of Texas at Austin (UT). The case is rather simple. Abigail Noel Fisher claims she was not admitted to UT because affirmative action policies exclude white applicants. In most court cases regarding affirmative action, Fisher v. UT included, race is the admission factor being challenged.

Affirmative action in higher education is not only beneficial for students of color, it is essential in creating diverse and representative learning institutions. Affirmative action programs aim to reverse centuries of discrimination in education by providing opportunities to the traditionally disadvantaged.

Racism is still a potent force in American society; it may not be as violent or overt as it was 50 years ago, but to argue that racism doesn’t exist would be ignorant and dangerous. A student of color faces a myriad of issues along the way to college applications: a historical lack of positive role models; fewer AP/Honors courses offered in high school; and a historical under-representation in all aspects of society. These factors make attaining higher education much more difficult for students of color compared to white students.

I’m sure we’ve all shared the experience of being rejected from some university. I remember hearing many of my white peers complain that affirmative action cost them their spot at many prestigious California institutions.

Not only is this untrue, but it demonstrates the sense of entitlement that only my white peers could develop. Those peers conveniently forgot about Proposition 209. Passed in 1996, the California Civil Rights Initiative prohibited affirmative action in state activities, making it illegal for UC and CSU systems to use race as a factor in admissions. I’m sure my peers were at least partially aware of this, but they chose to ignore it.

Blaming affirmative action is the easy cop-out for dealing with our own failures. If we look past our own insecurities and look at affirmative action for what it is – a system to promote diversity and equality – then it is our duty as human beings to accept and promote it.