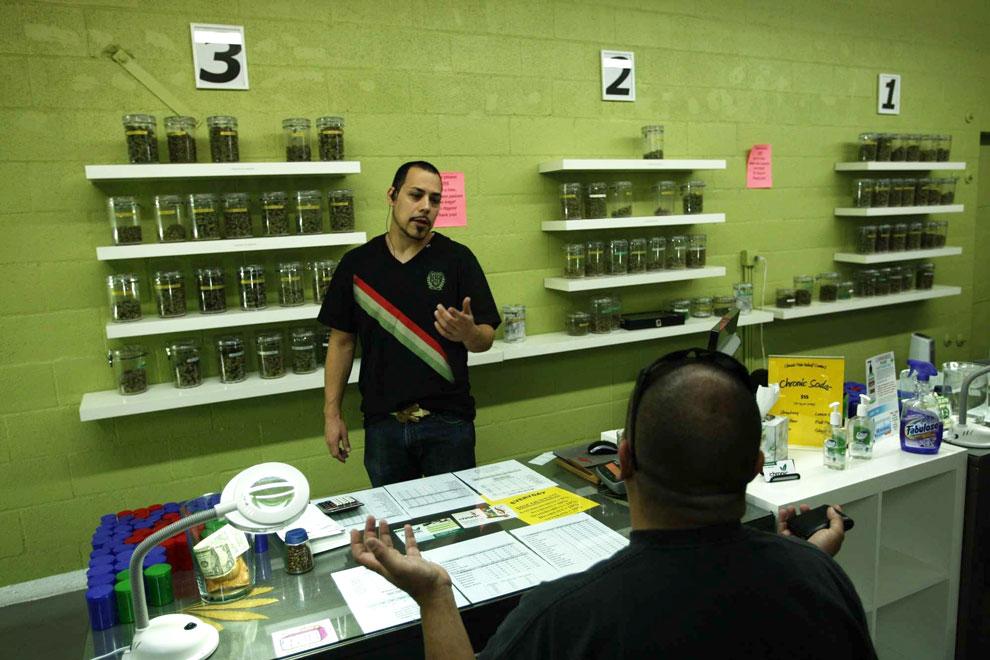 Dispensaries in Southern California joined forces with The United Food and Commercial Workers Local 770, the nation’s largest retail workers union, to fight for their jobs.

The Los Angeles City Council is still in limbo-in considering a full citywide ban on dispensaries, due to a court decision that limits its ability to regulate them, according to a news report.

If passed, the ban would forbid dispensaries to sell marijuana, but will allow patients who are ill and their caregivers to cultivate it.

“There is a negative social stigma and lifestyle the world associates marijuana with hippies or mafia members,” Humeid said. “But in reality, we are workers that have families who work for an honest living to help our patients.”

Currently, the city of Los Angeles limits the number of medical marijuana dispensaries by using a lottery to choose which dispensaries can be allowed to operate through the city’s existing ordinance.

“We have ill patients who are prescribed by a medically licensed doctor that need our services,” Humeid said. “Some of these ailments include lupus, cancer, nausea and sleep deprivation.”

Humeid and his employees now join grocery workers, health care providers and pharmacists who are part of the local UFCW 770 in Los Angeles. The dispensaries will be part of the newly formed Cannabis and Hemp Worker’s Unit.

The joining of the union will not affect Perennial’s product prices. There will only be a marginal shift in pricing, according to Humeid.

My employees and I are grateful to be apart of the union,” Humeid said. “ Now, my workers will have benefits, and our jobs will be secure. We want to be recognized for what the dispensary really represents, and that is a legal health care facility.”

The California Supreme Court plans to review rulings by lower courts on how much oversight local governments can have over medical marijuana operations.

The UFCW already has contracts with workers at a handful of other dispensaries in Oakland, Calif., Colorado and in other areas where medical marijuana is legal.

Dispensaries unionizing has already produced a major turnaround with in the last month. In  April, The Assembly Committee on Public Safety passed AB 2312, by a 4-2 vote.

Authored by Assemblymember Tom Ammiano, D-San Francisco), the bill would create the first statewide regulatory framework for the medical cannabis industry in California. The bill now moves onto the Appropriations Committee.

Erin Taylor, a dispensary employee from Venice Beach Care Center, added that the workers are continuing to stand with the union to prevent the ban that will cause all licensed dispensaries employees to lose their job.

“By joining UFCW local 770 we have made a decision to stand up and fight for our jobs so we can take care of ourselves and our patients,” said Taylor. “We want to join the union to make a standard for all dispensaries throughout southern California and have a safe, regulated environment.”