Get to know … #4 Hayley Gurriell 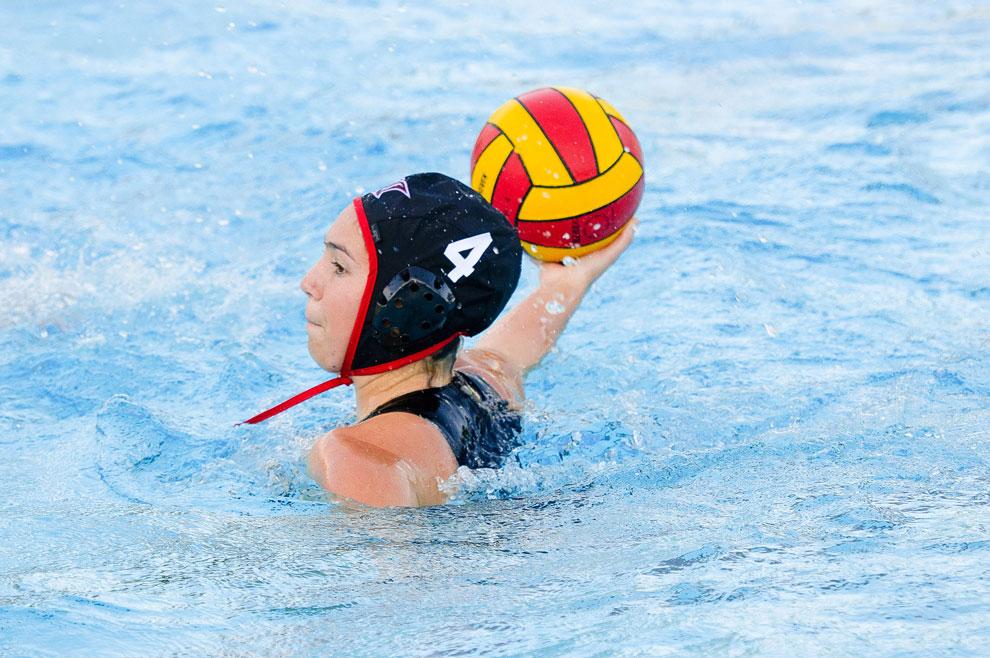 CSUN sophomore attacker Hayley Gurriell scored her first goal as a Matador in a game against Cal Baptist on April 9, 2011. She scored five goals in the 2012 season. Courtesy of CSUN Athletics.

LIFE
One hurdle in life: Being away from family while attending CSUN.
Personal goal: “To learn to control my anger and not let my mood get affected by the small stuff.”
Most embarrassing moment: “I got pants’d in front of my entire P.E. class when I was in sixth grade.”
Hobbies: “I have a large collection of sports bra’s and socks.”

WATER POLO
Best part of my game: “My quick ‘catch and shoot’ shot.”
Part of my game that needs improvement: “I need to play better defense and I need to get faster.”
The best player I’ve played against: Ashley Young (Cal Berkeley) and Jillian Stapf (CSUN alumni goalie)
Player I pattern my game after: “There’s no one player in particular. I learn cool stuff from my teammates in practice and from other players when we watch film.”
Pregame rituals: none
Superstitions: none
Goals
For my team: “I want my team to beat UC Santa Barbara every single time we play them next year. I also want us to win Big West and go to NCAA’s. We’ve made it as close as 12th, but I would like our team to be ranked in the top 10 in the country.”
Big-picture goal: “To find something that I am truly passionate about … and never stop looking until I find it.”
My future: “Probably move back to San Diego and maybe start an (online) business with my friend Katy.”

EXTRAS
First sport: “T-ball. I’ve also played soccer, basketball and swam.”
When I started playing water polo: Eight grade
What I do to stay in shape during the offseason: “There really is no “offseason” for water polo … we pretty much train all year round, but when I go home I play with my club team or do workouts at the gym and in the pool.”
What I do in my free time: “I pretty much spend all my free time with my boyfriend or watching ‘Law and Order: SVU’ on Netflix.”
My summer plans: “Go home and enjoy spending time with my family and my best friend Katy who attends Michigan. I would like to get a job as well and get rid of this gnarly water polo suit tan.”