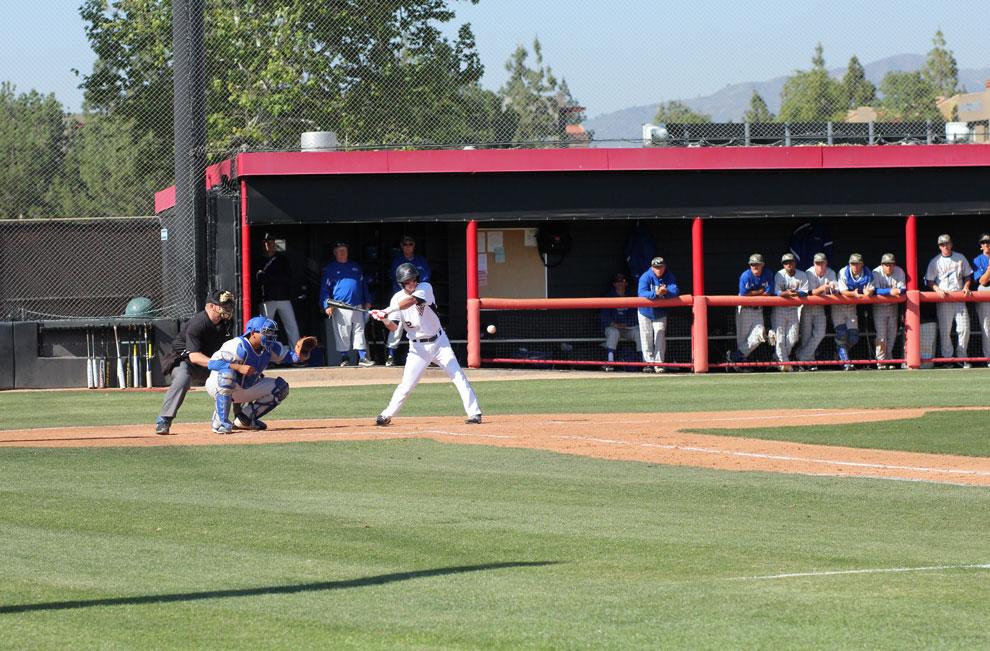 This year, with nine conference games remaining, the Matadors (20-23, 7-8 Big West) have already passed their 2011 mark and are in the mix to make a move for double figures in the win column.

“We have to go in trying to win every series if not every game,” said freshman Ryan Raslowsky. “We know we’re better than all these teams that we’re playing. If we can come out with series victories in all three series, that’s our goal.”

CSUN is coming off a road series victory over UC Riverside and will need its momentum against UC Irvine, currently sitting at third in the Big West after consecutive conference series sweeps.

The Anteaters come into the Valley riding a seven-game win streak including three shutout victories in conference play.

On the mound for the Anteaters, sophomore Andrew Thurman and senior Crosby Slaught each have six wins and have started 12 and 14 games, respectively.

“We have to go up there and fight like we have been these past couple of weeks,” said junior Adam Barry. “We can go up and be fearful of their records and they’ll do what they do, but we have plans set up for them.”

Thurman wields a 2.61 earned run average and 55 strikeouts while Slaught holds a 3.36 ERA and has fanned 46 batters.

With the solid one-two combo on the mound for UCI, the Matadors’ staff will have to be equally impressive.

Keel has now led CSUN to victory in his last six outings and has pitched six-plus innings in six of his 10 starts.

“I’ve pitched well but the defense has played well behind me,” Keel said. “The offense has given plenty of run support and gotten leads so I can just go out and pitch.”

The offense will be fundamental in CSUN’s successes this weekend assuming the Anteaters’ offense continues to put runs on the scoreboard.

Since conference play started, Raslowsky and sophomore Miles Williams have paced the CSUN hitters with equal numbers at batting average (.302) and hits (19).

“I need to make contact and hit the ball on the ground hard every time,” Raslowsky said. “I’m a little guy and I’m not going to hit the ball out of the park so if I fly out (the coaches) aren’t going to be happy with me.”